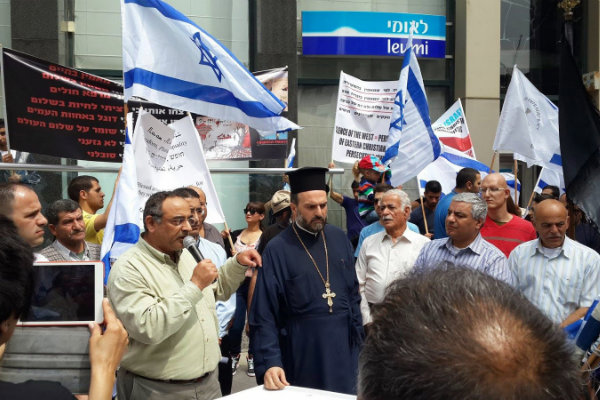 Earlier this year, Israel took the first step in recognizing the nation’s Christians as an independent minority. Now, local Israeli Christians can register as a distinct ethnicity, as well.
Lumped together with the Arab population for centuries, Israel’s Population, Immigration and Border Authority (PIBA) has been instructed to now recognize the bulk of the country’s Christians as Aramaeans, the actual ethnicity of most of the region’s Christians prior to the Arab Muslim conquest.
“The existence of the Aramean nationality is clear and obvious,” wrote Interior Minister Gideon Saar in his official directive to the PIBA.
Saar noted that local Aramean Christians have a distinct “historical heritage, religion, culture, descent and language” – all the conditions necessary to be recognized as a national or ethnic group.
The change in the national registry will be by request for those Christians born into Christian families or clans and who can speak Aramaic. A large group of Christians had already applied for such recognition four years ago, and will now be granted the desired ethnic status.
This decision “corrects a historic injustice that wrongly defined Israel’s citizens of eastern-Christian descent as ‘Christian Arabs,’ although other than their spoken language, they have absolutely no connection to the Arab nationality,” wrote Father Gabriel Naddaf on his Facebook page.
Naddaf is the spiritual leader of the Israeli Christian Recruitment Forum, which encourages local Christians to volunteer for Israeli army service and fully integrate with Israeli Jewish society.
Naddaf and like-minded Christian leaders have been arguing for years that in modern Israel, Middle East Christians are finally free to once again express themselves and their faith independent of the Muslim Arab majority.
“This is a historic moment,” forum spokesman Shadi Khalloul told Israel’s Ynet news portal. “The Aramean people are finally seeing justice after being persecuted across the region.”
Asked why the Israeli government’s decision means so much, Khalloul provided a short history lesson: “We have existed in this region for thousands of years. We accepted Christianity, but then had Arabic forced upon us during the Arab conquest, just as local Jews did. But we preserved our language in churches and other cultural settings.”
Khalloul further explained that the lack of proper ethnic recognition was a gaping hole in the lives of many local Christians. “I refused to officially register my two-year-old son after his birth because the Interior Ministry wanted to register him as an Arab,” he said. “Now I can happily register him as an Aramean.”
Khalloul and his Jewish interviewer went on to speak of the shared history between Jews and Arameans, and even the deep connections between Hebrew and the Aramaic language. In fact, many Jewish prayers, most notably several Passover blessings, are in Aramaic, and common modern Hebrew words like “aba” and “ima” – father and mother – come from Aramaic.
“Yesterday in Israel we saw the correction of an historical injustice,” wrote columnist Dror Idar in the daily newspaper Israel Hayom. “Congratulations to the Aramean nation, and here’s to a life of fruitful coexistence in the Holy Land.”