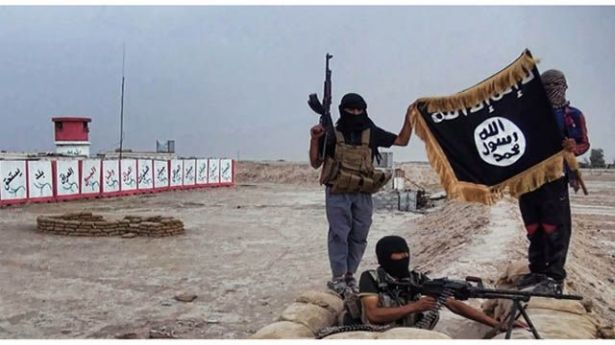 As in Vietnam, the U.S. has underestimated its foe
David Ignatius| The Daily Star
September 22/14
The U.S. has made the same mistake in evaluating fighters from ISIS that it did in Vietnam – by underestimating the enemy’s will, according to James Clapper, the director of national intelligence.
Clapper’s comments came in a telephone interview Wednesday, in which he summarized the elements of a new “National Intelligence Strategy” released this week. Clapper also agreed to answer some broader questions about intelligence issues confronting the country.
Asked whether the intelligence community had succeeded in its goal of providing “anticipatory intelligence” about the extremist movement in Syria and Iraq that has declared itself Islamic State, Clapper said his analysts had reported the group’s emergence and its “prowess and capability,” as well as the “deficiencies” of the Iraqi military. Then he offered a self-critique:
“What we didn’t do was predict the will to fight. That’s always a problem. We didn’t do it in Vietnam. We underestimated the Viet Cong and the North Vietnamese and overestimated the will of the South Vietnamese. In this case, we underestimated [ISIS] and overestimated the fighting capability of the Iraqi army … I didn’t see the collapse of the Iraqi security force in the north coming. I didn’t see that. It boils down to predicting the will to fight, which is an imponderable.”
Intelligence officials haven’t publicly discussed the prospects for success of President Barack Obama’s small footprint strategy for combating ISIS through a coalition of nations, without directly committing U.S. combat troops. But some officials appear wary. “If I were head analyst, I don’t think I’d make a call yet,” one senior intelligence official said, requesting anonymity. “I haven’t fit together the contributions that each of the coalition members might make.”
“This will be a new paradigm where we are looking to others to make substantive contributions,” the senior official continued. “I view it as a test. We haven’t done this before. We have always built around a major force contributed by the U.S. We’re going to try a different approach … At this point, I am reluctant to make predictions about how it will turn out.”
Clapper said he believed that ISIS posed a “strategic threat … long term” to America, given “their actions and their statements about the inevitability of confrontation with the U.S.” But he said he couldn’t provide a timeline about how soon they might have the networks and capabilities to attack the U.S. homeland.
Asked about threats beyond the Middle East, Clapper amplified comments that prefaced the intelligence strategy he released Thursday.
China is described in that document as “opaque about its strategic intentions” and “of concern due to its military modernization.” Clapper explained: “I’m looking at what I find impressive and disturbing programs, across the board, which the Chinese have embarked on to modernize their military in all branches and all realms, including cyber and space. It’s very impressive what they’re doing.”
As for Russia’s President Vladimir Putin, Clapper expanded on the strategy’s statement that “Russia is likely to continue to reassert power and influence in ways that undermine U.S. interests.” He said that while Putin was a “throwback” to the Cold War era of confrontation, he had used a masked approach in Crimea and eastern Ukraine that avoided open display of military power. “We are going to be faced with the challenge of discerning early on these stealthy, creeping invasions, soft invasions – not overt legions of motorized vehicles … but a different form of aggressiveness.”
Asked whether U.S. agencies had met his goal of providing “anticipatory intelligence” when it came to Putin in Ukraine, Clapper said that Putin himself probably hadn’t planned on intervention until Russian-backed President Viktor Yanukovych fled Kiev last February. “This was ad hoc on the part of the Russians,” Clapper said. “Their game plan took a while to develop in their minds.”
Clapper concluded with a sardonic account of his job as captain of a leaky intelligence vessel buffeted by what he called a “perfect storm.” He said the agencies under his command, including the National Security Agency, had to “throttle back” on some intelligence collection “because we need to recover foreign intelligence partnerships and commercial partnerships.”
“We are accepting more risk in this country because of that,” Clapper warned. He offered a caustic mission statement, which he repeated publicly Thursday: “We are supposed to keep the country safe, predict anticipatory intelligence, with no risk, and no embarrassment if revealed, and without a scintilla of jeopardy to privacy of any domestic person or foreign person. We call that ‘immaculate collection.’”
David Ignatius is published twice weekly by THE DAILY STAR.