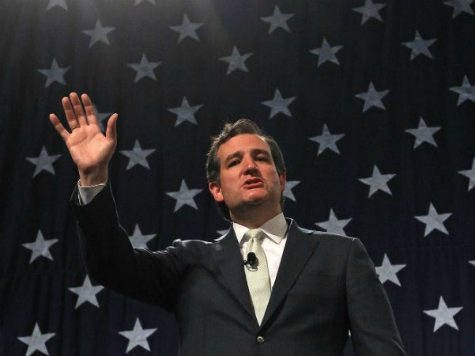 As the public opinion of Congress sinks to new lows, we see in Ted Cruz, the Texas Senator, the rare qualities of strength of character, intelligence and leadership so lacking in modern politics. His detractors call him a demagogue and an extremist and resort to character assassination because they are so frightened by the power of his convictions, moral clarity and lack of political correctness. His style resonates with the American public and is reflected in his meteoric rise in the Senate.
And so we see in James Zogby’s attack on Senator Cruz (Ted Cruz: The Dangers of not Listening) published yesterday more of the obfuscation, double standards and out right bigotry against what he calls ‘Arab Christians’ and their natural allies in Israel. Mr. Zogby accuses Senator Cruz of being a poor listener and exhibiting insensitivity to the concerns of the large crowd that gathered last week in Washington, DC for the ‘In Defense of Christians’ conference. Senator Cruz was the keynote speaker at the IDC conference on Wednesday evening at the Omni Shoreham Hotel.
Mr. Zogby’s beef with Senator Cruz stems from the latter’s statement that “Christians have no better ally than the Jewish State” to which he was booed by activists in the gathering. He followed by stating the obvious that “those who hate Jews hate Christians” which was also followed by booing. These forthright pronouncements should be self-evident to the many Middle Eastern Christian gathered that night but their political masters in Iran, Syria and Lebanon would hold them responsible for failing to object. Anyone who even cursorily follows current events knows that the native Christian numbers throughout the Middle East are falling dramatically as a result of Islamic Fundamentalism with one glaring exception: Israel. There the numbers of the faithful are increasing, churches, schools and other institutions are thriving and the Palestinian Christians are even serving in the Israeli Defense Forces.
The attendees know these facts and so does Mr. Zogby who is a well-known lobbyist for various Arab interests. Proclaiming them publicly, however, would cause potentially grave consequences for the attendees who hold positions of power in their native lands-read: politicians, businessmen and high ranking clergy- so they shut their mouths to the persecutions and murders carried out by their political patrons in both Iran and Damascus. Worse, they rush to defend this Iranian-Syrian-Hezbollah axis of evil whenever it is called out by those who really know what is happening in the region and Senator Cruz is most definitely a well-informed leader and listens very well contrary to the assertions of Mr. Zogby.
Senator Cruz is a regular attendee at the Coptic Solidarity Convention which is held annually in Washington. Through his involvement with both Coptic Solidarity and the Middle East Christian Committee (MECHRIC) and due to his bright intellect and faith Mr. Cruz is recognized as an expert on Middle Eastern affairs and has been extremely concerned about the persecution of the indigenous Christians and other non-Muslim minorities in the region for some time. For Mr. Zogby to proclaim the ‘ignorance and bigotry’ of Senator Cruz is disingenuous, untrue and reflective of his Arab nationalist mindset which was honed over many decades by defending and promoting the most odious characters and regimes in the Arab world. Regimes such as Saudi Arabia that forbid the practice of Christianity outright, persecute women, moderate Muslims and anyone that doesn’t toe the Salafist line. What hypocrisy!
Now we are to believe that Mr. Zogby is a Christian activist and Senator Cruz a shameless bigot who knows nothing of the Middle East and ‘Arab’ Christians when the opposite is true. Senator Cruz knows that there are indeed Arab Christians but he also is well aware of the pre Arab ethnic identities of most of the Christians of the Middle East. He knows that the liturgical language of the Maronites and Assyro-Chaldeans is Syriac and that many Assyrians in Iraq still speak the language of Christ. He knows that the Copts of Egypt are definitely non-Arab and have suffered for centuries because of their faith, language and culture as have all of the Christians of the Middle East. He is well aware that Copts had their tongues cut off for speaking Coptic after the conquest of the seventh century, do you Mr. Zogby?
Zogby claims in an earlier piece promoting the IDC conference that he is concerned about ‘Arab’ Christians while denying the ancestry of the vast majority who are not. Obviously he doesn’t believe in the Western virtue of diversity choosing to lump all the Middle Eastern Christians under the label of Arabs. This is bigotry bordering on fascism. While the Christians of the Middle East have contributed greatly to the Arab world and in certain times were broadly respected, they have suffered dearly to preserve their religion and culture over the centuries. History is replete with examples of pogroms, slaughters and genocides too numerous to mention. Mr. Zogby can libel Senator Cruz all he wants but the facts are clear. To point out these facts does not make Senator Cruz a bigot, a hater or anything but a truth teller. After all, a basic tenet of Christianity is to bear witness to the truth. The newly minted Christian activist James Zogby should understand this fact quite well.

Mr. Zogby laments that the Middle East is a region of which we know so little imploring us to learn more of the people, culture and social dynamics at work in each country of the region. How can this happen when we have the likes of Mr. Zogby purposefully hiding truths, obfuscating facts and slandering brave leaders like Senator Cruz? The reality of Jihadism is now a worldwide problem that will take bold and courageous leadership to confront and to ultimately defeat. Indeed, moderate Muslims are sounding the same alarm. Middle Eastern Christianity now hangs in the balance. Its leaders can rise to the challenge and act as St. Paul did while proclaiming the good news or they can aid and abet Saul. If they choose the former course, they will have no greater ally than Senator Ted Cruz.