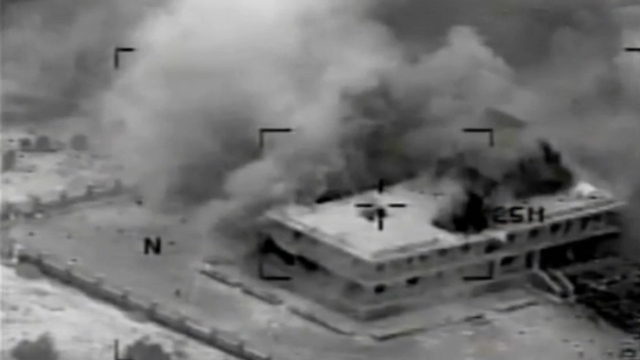 http://english.alarabiya.net/en/views/news/2014/09/28/The-intellectual-battle-against-ISIS.html
The global financial crisis taught the world how profoundly interdependent our economies have become. In today’s crisis of extremism, we must recognize that we are just as interdependent for our security, as is clear in the current struggle to defeat the ISIS.
If we are to prevent ISIS from teaching us this lesson the hard way, we must acknowledge that we cannot extinguish the fires of fanaticism by force alone. The world must unite behind a holistic drive to discredit the ideology that gives the extremists their power, and to restore hope and dignity to those whom they would recruit. “ISIS is a barbaric and brutal organization. It represents neither Islam nor humanity’s most basic values. ”
ISIS certainly can — and will — be defeated militarily by the international coalition that is now assembling and which the UAE is actively supporting. But military containment is only a partial solution. Lasting peace requires three bigger ingredients: winning the intellectual battle; upgrading weak governance; and grassroots human development. Such a solution must begin with concerted international political will. Not a single politician in North America, Europe, Africa, or Asia can afford to ignore events in the Middle East. A globalized threat requires a globalized response. Everyone will feel the heat, because such flames know no borders; indeed, ISIS has recruited members of at least 80 nationalities.
Malicious ideology
ISIS is a barbaric and brutal organization. It represents neither Islam nor humanity’s most basic values. Nonetheless, it has emerged, spread, and resisted those who oppose it. What we are fighting is not just a terrorist organization, but the embodiment of a malicious ideology that must be defeated intellectually. I consider this ideology to be the greatest danger that the world will face in the next decade. Its seeds are growing in Europe, the United States, Asia, and elsewhere. With its twisted religious overtones, this pre-packaged franchise of hate is available for any terrorist group to adopt. It carries the power to mobilize thousands of desperate, vindictive, or angry young people and use them to strike at the foundations of civilization.
**Sheikh Mohammed bin Rashid al-Maktoum is the vice president and prime minister of the United Arab Emirates and ruler of the emirate of Dubai.