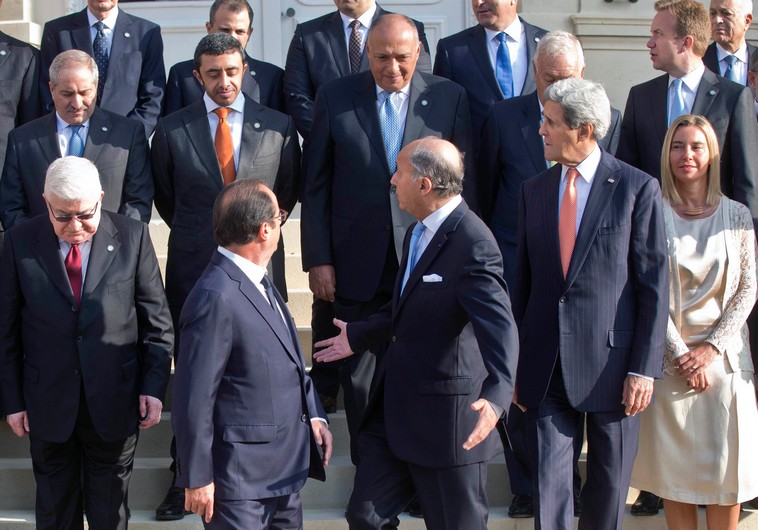 On Thursday, The US Senate voted in favor of President Barack Obama’s proposal to arm and train Syrian rebels to combat Islamic State. Combined with a lot of talk about creating an international coalition to fight this group of barbarians – and a lack of willingness to put American boots on the ground – this is part of Obama’s touted “leading from behind” Middle East policy.
Like every other move Obama has made since taking office, this one will fail to achieve its stated objective, and in the process strengthen one set of anti-Western forces or another. Furthermore, even if US and European troops did enter Syria, they would be hard pressed to distinguish friend from foe. This confusion presents a problem when striking from the air, as well.
This is the bad news.
The worse news is that IS is not only gaining huge swaths of territory (at this point larger than Great Britain), but has billions of dollars at its disposal. In addition, it runs a disciplined network inside and out of its territory in Iraq and Syria. It also employs Western methods to spread its message in a sophisticated way.
Take its latest video, released on Thursday. Called “Lend me Your Ears,” this clip shows British journalist John Cantlie (captured along with American reporter James Foley in Syria in November, 2012) making the case for IS and denouncing American-led military intervention in the Middle East.
Unlike the previous three pieces of YouTube “porn” produced by IS – the graphic beheadings of Foley, Steven Sotloff and David Haines by so-called Jihadi John – this broadcast has an intentionally different flavor.
Here Cantlie is filmed in a professional studio. His captors are neither seen nor heard. And though he acknowledges that he is being held against his will, he claims that his words are his own.
“Now, I know what you’re thinking,” he says, appearing like a newscaster, except for his attire, the same orange outfit worn by Foley, Sotloff and Haines. “You’re thinking, ‘He’s only doing this because he’s a prisoner.
He’s got a gun at his head and he’s being forced to do this.’ Right? Well, it’s true. I am a prisoner, that I cannot deny. But seeing as I’ve been abandoned by my government and my fate now lies in the hands of the Islamic State, I have nothing to lose.”
What is clear from this clip, which Cantlie says is the first in a series to be aired in the near future, is that his captors had reached the conclusion that it would be wiser for them at this moment to exhibit a bit less brutality. Though their previous bloody displays went viral on the Internet, due to the widespread voyeurism in the West that makes Reality TV so popular, they understood that it wouldn’t be in their best interest to go too far. Americans and Europeans may have a perverse need to see what a severed head looks like; but they tend to respond by wanting to kill the savages capable of cutting it off.
The idea to have Cantlie appeal to the anti-war sensibilities of Western liberals is therefore a clever one, even if it doesn’t have the full desired effect.
But IS need not grow discouraged.
What has proved incredibly successful is its campaign to recruit Western-born Muslims to its ranks. Every day, new data emerges about young men and women from all over the world who are traveling to Syria and Iraq to join IS. Many of these then return to their countries of origin to spread its ideology and engage in violent tactics on behalf of the budding Islamic caliphate.
THE MOST recent example is Australia, where police announced on Thursday that they had uncovered a network of IS activists plotting to kill Prime Minister Tony Abbott and carry out random beheadings of Australian citizens.
Rather than serving as a deterrent, the arrests of terrorists in Sydney and Brisbane are likely to have as seductive a pull to Muslims born and raised in democratic societies as the gruesome videos. Like oppressive cults that draw educated people to forfeit their free will in exchange for some absolute “truth,” and the illusion of being loved for their undying loyalty and submission, IS has found the perfect formula for its purposes. Indeed, it has no qualms about enlisting foot soldiers to uphold the values of its state. That these happen to be connected to the strict adherence to the word of the Koran is of no concern to members of the Obama administration rushing to dissociate the phenomenon from Islam. They are too busy treating the American flag as an affront, rather than a positive symbol of “allegiance… to the United States of America, one nation, under God, with liberty and justice for all.”
It is this error of multiculturalism and denial of human nature that will lead to the cropping up of black IS flags across the US. By themselves, no international air strikes, certainly not when assisted on the ground by other Islamic groups who hate the West, will be able to stave off the inevitable.
**The writer is the author of To Hell in a Handbasket: Carter, Obama, and the ‘Arab Spring.’