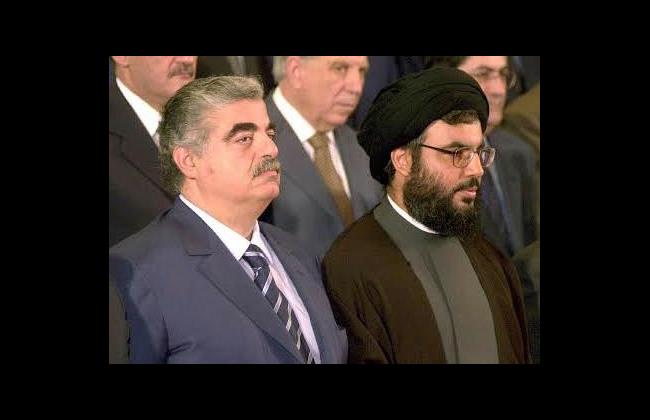 BEIRUT: A new court document has shed fresh light on a mysterious network of telephones used by a team of assassins who allegedly killed former Prime Minister Rafik Hariri and their efforts to implicate the city of Tripoli in the crime. Late last week, prosecutors at the Special Tribunal for Lebanon asked the trial chamber to admit the testimony of eight witnesses whose IDs were used to fraudulently buy SIM cards used by the assassination squad to carry out the Hariri assassination plan on Feb. 14, 2005 – the so-called “red network” of telephones. “All of the statements pertain to residents of Tripoli, whose names were listed as the subscribers of the Red Network phones but whose identification documents were used without their knowledge,” the prosecution said in a court filing. “The prosecution further alleges that the Red Network SIM cards were purchased and topped up with credit in Tripoli for the purpose of laying a false trail of responsibility for the attack, by suggesting that the perpetrators were based in Tripoli,” prosecutors added.

The “red network” has long been a key mystery and stumbling block for investigators. The telephones were identified as early as 2005, and their users are believed by prosecutors to have been the individuals who tracked Hariri on the day of the attack and carried out the bombing. Red network phones were operated from Jan 4, 2005, and all of them ceased working two minutes before the assassination. But almost none of the individuals who used those telephones have been identified – the only one who has is the alleged leader of the assassination squad, a man identified as Salim Jamil Ayyash. Ayyash, who prosecutors say is a supporter of Hezbollah, is related by marriage to Mustafa Badreddine, a Hezbollah commander accused of complicity in the attack and who is related to the party’s assassinated military chief Imad Mughniyeh. In addition to Badreddine and Ayyash, the STL indicted three other Hezbollah members in connection with the attack. Their trial in absentia is ongoing in The Hague.

All of the red network telephones were activated in Tripoli and purchased using forged IDs of city residents, suggesting that the assassins believed the SIM cards would eventually be tracked by investigators, and sought to misdirect them toward the Sunni-majority northern city. In their statements, all of the witnesses who were registered as the owners of the red network telephones said they were not the actual users of the phones. They had all purchased new mobile phones or handsets from shops in Tripoli before the attack, and the ID cards they used at the time were used later to fraudulently buy the telephones for the assassins.

The mobile phone dealer who sold the red network telephones is a witness who is expected to testify before the court. The alleged assassins also purchased the Mitsubishi Canter van used in the attack from a shop in the Tripoli suburb of Beddawi, prosecutors claim. This supposedly false trail to Tripoli is not the only element of the case that prosecutors say is faked: another is the televised confession of a man called Ahmad Abu Adass, who took credit for the attack on behalf of a fictional group of Sunni militants. Abu Adass had disappeared from his home days before the assassination with one of the suspects during a supposed trip to Tripoli. The suspect later called Abu Adass’ family and told them their son had decided to go to Iraq to fight the American occupation.

But a video aired on Al-Jazeera on the same day as the Hariri assassination featured Abu Adass claiming responsibility on behalf of a group called Nusra and Jihad in Greater Syria. Prosecutors say the confession was coerced and part of a broader plot to mislead the investigation. The mystery of the missing assassins has fed into alternative theories in the Hariri case. Some argue only Ayyash was a member of the assassination team, and the other suspects, all supporters of Hezbollah, may have simply been conducting routine surveillance or were unaware of a broader plot to assassinate Lebanon’s former premier. “Right now there is nothing that reveals the content of these telephone conversations between the accused,” defense lawyer Antoine Korkmaz said at the start of the trial in January. “These telephone conversations do not necessarily mean there is a plot to kill someone.”

It also raises serious questions about the failure of the investigation to identify the individuals on the ground who supposedly carried out the attack, as well as the possibility that those individuals were drawn from extremist groups who have so far not been implicated in the case.Some defense lawyers have raised the possibility that the attack was in fact carried out by fundamentalists, pointing to the confessions of a cell of 13 individuals who were arrested by the Lebanese authorities after the attack and who admitted to complicity in the Hariri assassination but later recanted their testimony.

Prosecutors are seeking to admit the testimony on the red network telephones as they launch into the second phase of the trial, which will look at the political context of Hariri’s killing and the breakdown of relations with Syria and President Bashar Assad in the run-up to the attack, as well as the raft of telecommunications evidence that allegedly implicates the suspects in the surveillance and killing of the charismatic Prime Minister. MP Marwan Hamade is expected to resume his testimony on the tense relations between Hariri and Assad Monday, before being cross-examined by defense lawyers.