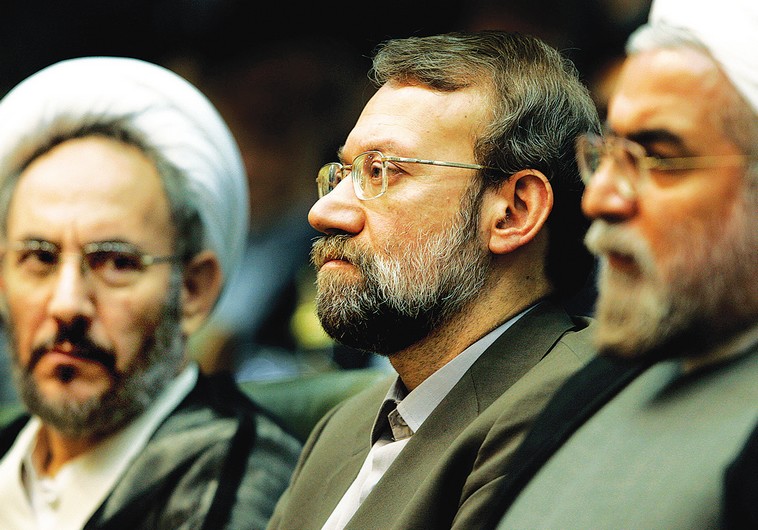 Negotiating team member quoted by Iranian media says deadline extension not on the table.
Iranian President Hassan Rouhani’s adviser, Ali Younesi, said that the combination of the Islamic State crisis and “the weakest president the US has ever had” provide an opportunity for a nuclear agreement on its terms.
According to a report by MEMRI (the Middle East Media Research Institute), Iran’s pragmatic camp, led by Rouhani’s mentor Hashemi Rafsanjani, is “pressuring the Obama administration to reach a comprehensive agreement with Iran on the latter’s terms.”
According to this view, “the Obama administration desperately needs a substantial achievement to show for its term in office, and therefore this is the time to pressure it.”
Younesi, Rouhani’s adviser on religious minorities, told Iran’s Fars News Agency earlier this month: “I am not so optimistic about the nuclear negotiations, but both sides do want it to yield results. The Americans want this more than other countries. Some ostensibly friendly countries, like Russia and China, do not want it to yield results at all…
[but] America does, because, if Obama fails to achieve this, he will have no achievements whatsoever.”
Younesi went on to add, “Obama is the weakest president the US has ever had, because he has suffered humiliating defeat in this region, and his term in office saw the coming of the Islamic awakening that dealt the Americans the greatest defeat.”
“It is during Obama’s term in office that terrorism spread to the greatest extent. During these eight years, America suffered immense defeat, and that is why he wants to reach an agreement [with Iran]. But he is very influenced by the Congress and the Zionist lobby… ” Younesi then said, according to the report, “ISIS [Islamic State] poses a great danger to the Islamic world and to the world at large. We must minimize this danger and force the Americans to meet our demands in the nuclear agreement, in a manner that guarantees the interests of the Islamic Republic.”
“If this does not happen during Obama’s term, who knows when [such an opportunity] will come again,” commented Younesi.
In a meeting with Swiss Ambassador to Tehran Giuilio Hass, Rafsanjani said that Iran’s current nuclear policy, which he leads, would allow the US to end the nuclear file with Iran in return for resolving other crises such as that of the Islamic State.
“If the Western officials do not manage to resolve their problems [with Iran] during the term of the [current] capable government, what will they tell public opinion?” said Rafsanjani in the meeting, according to MEMRI.
“In the present circumstances, political excuses and [capitulating to] the obstacles [created] by the Zionist lobby will deprive the Western countries of the best opportunity to solve most of the regional and even international problems with Iran’s help.”
Meanwhile, top Iranian officials sent mixed messages regarding the ongoing nuclear talks as the November 24 deadline approaches.
“If the negotiating parties have the necessary political will as well [as Iran] in this regard, achieving the comprehensive agreement will be possible within the next month,” said President Rouhani on Monday in a meeting with Norway’s new ambassador to Iran, the country’s Tasnim News Agency reported.
However, a member of Tehran’s nuclear negotiating team also said on Monday that an extension of the November 24 deadline is not on the table, an Iranian diplomat told Iran’s IRNA.