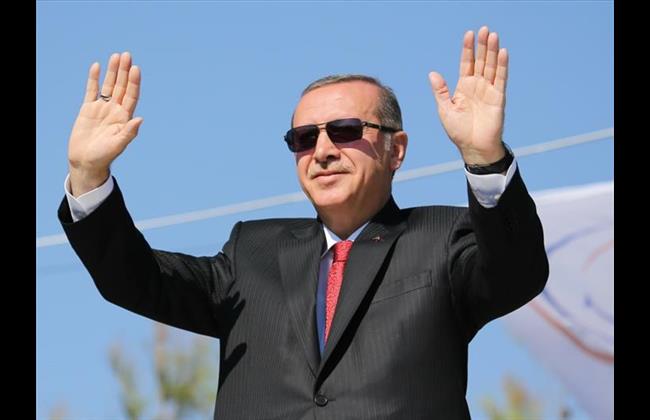 Ankara’s seemingly shocking – but welcome – move reportedly allowing Iraqi Kurds to transit through Turkey to reinforce Syrian Kurds battling the Islamic State (aka ISIS or ISIL) for the city of Kobani, Syria, doesn’t mean the Turks are “all in” on the ISIS fight.

Not by a long shot.

Of course, it runs against the grain for the Turks to help the Kobani Kurds, considering their troubles with the Kurdish Workers’ Party, or PKK, a terror group that has plagued Turkey for several decades and has found support in Syria.

But the Turks know that the U.S. air campaign against the Islamic State in Kobani is struggling and the strategic city could fall, meaning a humanitarian disaster for its citizens and a public relations victory for the ISIS terrorists.

Not to mention that Ankara is under a lot of political pressure from Turkish Kurds (20 percent of its population) to do something about the disaster that may befall their Kobani “co-ethnics.”

Despite Ankara’s willingness to permit Iraqi peshmerga fighters to cross Turkish territory – essentially offering little more than a garden hose to fight a five-alarm fire – the Turks are likely to remain an MIA member of Team Obama’s questionable coalition.

First, Ankara is deeply worried about the possibility that the strife in Syria and Iraq will result in the Kurds joining forces to foment turmoil in Turkey. Worse, a Kurdish state could become an anti-Turkish safe haven for the PKK or others.

Turkish President Recep Tayyip Erdogan also wants the U.S.-led coalition to allow the mission to creep beyond its anti-ISIS angle to topple Syrian President Bashar Assad, no friend of Ankara’s.

Then there are questions about U.S. policy toward the Islamic State. Team Obama’s ingredients for victory make for a thin policy gruel: a pinch of Syrian opposition, some U.S. air strikes, a few Kurdish peshmerga and a touch of Iraqi army.

Plus, keying off Washington’s “fire and forget” policy in Libya which three years later is a disaster due to a lack of follow-through, Ankara likely sees a similar scenario as possible for Iraq and Syria.

Turkey may also not see America as committed to destroying the Islamic State, but more interested in containing it. The Turks know that while the Americans can pick up and leave (as we did in Iraq), Turkey isn’t going anywhere.

While we’re right to be severely vexed with (NATO ally) Turkey’s inactivity against the Islamic State so far, we should be mindful of the political-historical complexities of this rough-‘n-tumble neighborhood.

But some of the blame resides in Washington, too.

Team Obama hasn’t inspired confidence among potential partners whether it’s wrangling the Islamic State, Iraq, Libya, Syria or how it has played any other number of pressing international security problems (for example, Ukraine).

While Ankara is wrongfully AWOL in the war with ISIS, based on Washington’s handling of the region and, more broadly, violent Islamist extremism, it’s no wonder Ankara is reluctant to cozy up to the U.S.-led coalition.

***Dr. Peter Brookes is a Senior Fellow for National Security Affairs at the Heritage Foundation and is a member of the U.S.-China Economic and Security Review Commission. He writes a weekly column for the New York Post and frequently appears on FOX, CNN, MSNBC, CNBC, NPR and BBC. He is the author of: “A Devil’s Triangle: Terrorism, Weapons of Mass Destruction and Rogue States.” Mr. Brookes served in the U.S. Navy and is now a Commander in the naval reserves. He has over 1300 flight hours aboard Navy EP-3 aircraft. He is a graduate of the U.S. Naval Academy; the Defense Language Institute; the Naval War College; the Johns Hopkins University; and Georgetown University.

Peter Brookes is a Heritage Foundation senior fellow and a former deputy assistant secretary of defense.