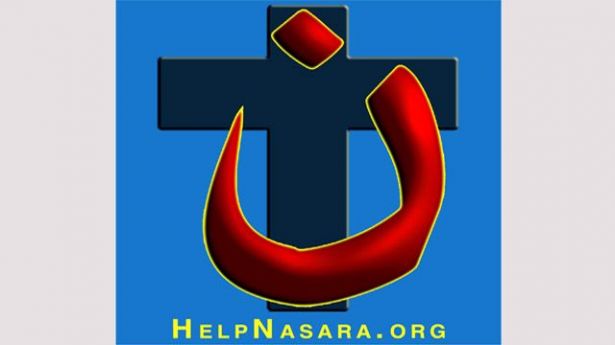 It is important for Israel to keep shining a light on persecution in the region and remain a haven for Christians in these difficult times.
Jaffa
Last week, as 4,500 Christians from more than 80 countries converged on Jerusalem to show support for Israel, prominent leaders of Jewish and Christian organizations spoke out against the persecutions Christians face daily throughout the Middle East.
World Jewish Congress President Ronald S. Lauder told the large Feast of Tabernacles celebration in Jerusalem on Monday night that the persecution of Christians must be stopped.
“Our enemy has shown its true face with rapes, and with the slaughter of Christian women and children and with beheadings,” Lauder said. “There is no safer place in the Middle East for Christians than here in Israel. In Israel, Christians can pray in the open. In Israel, Christian holy sites are protected. In Israel, Christians do not fear for their lives.”
He said it was time for leaders around the world to speak out against the “anti-Christian terror.” Christians were facing “a genocide” in the region, Lauder said. “Together we must speak as one and tell the world: No more discrimination, no more terror no more death and no more silence,” he declared.
During the event, organized by the International Christian Embassy Jerusalem and the Christian Allies Caucus, a letter signed by 120 leaders was unveiled. “We call on Western democratic leaders to take collective action in confronting the problem through firm diplomatic action against those nations that allow the religious persecution against Christians to continue,” the letter said.
As if to underline the points made at the event, as the leaders were speaking out against persecution of Christians it was reported that the Islamist terrorist group Nusra Front had released a Catholic priest named Father Hanna Jallouf and 20 Christian hostages who had been kidnapped in northwestern Syria, near the town of Jisr al-Shughour. The abduction was just the tip of the iceberg of the monstrous assaults carried out against Christians during the Syria conflict.
Nusra kidnapped Greek Orthodox nuns in Maaloula last December. An Italian priest named Paolo Dall’Oglio, who had been promoting dialogue with Muslims in the country, disappeared in July 2013 and is presumed kidnapped.
The Islamist rebels create various sham reasons to excuse their assaults on clergy. Jallouf was accused of being a “collaborator” with the Syrian government.
But the truth of persecution is obvious. Holy sites of Christians are ransacked and they are forced to flee. When Syrian rebels captured Homs, more than 66,000 members of the ancient community left. Father Frans van der Lugt, who remained behind, told the Catholic News Agency: “I can’t leave my church.” He was murdered in April 2014.
Christian communities that survived for almost 2,000 years in the country are on the brink of extinction as they are forced to leave their homes. The fate of Christians in Syria mirrors what happened in Iraq in the last decade. Islamists took advantage of the chaos after the US-led invasion to slaughter Christians.
The emergence of Islamic State was merely the final cycle of massacre and persecution. In Mosul, more than 95 percent of the Christian community was forced to flee. Mark Arabi, a Chaldean-American business who speaks on behalf of Iraqi Christians from his community, noted, “They are absolutely killing every Christian they see. This is a genocide in every sense of the word. They want everyone to convert and they want Shari’a law to be the law of the land.”
“Genocide” is the world now being used among many Christian leaders tuned into this issue. Catholic Bishop Thomas John Paprocki in Illinois told his church that Islamic State was committing a “genocide of Christians.”
In Libya, gunmen have killed Christians, primarily Coptic emigrants from Egypt, by going door to door in attacks in Benghazi. In Pakistan, a suicide bomber killed more than 81 at a church in Peshawar in September 2013. In Turkey, a priest named Andrea Santoro was killed in 2006 and Christians face ongoing harassment.
Greek Orthodox priest Father Gabriel Nadaf, an Israeli Arab, has estimated that a Christian is murdered in the Middle East every five minutes. “Israel is the only place where Christians are safe,” Nadaf said.
“Just as Christians defend Jews against anti-Semitism, just as Christians support Israel, we Jews have an obligation to speak out against the growing persecution of Christians in many parts of the world,” Lauder said.
It is important for Israel to keep shining a light on persecution in the region and remain a haven for Christians in these difficult times.