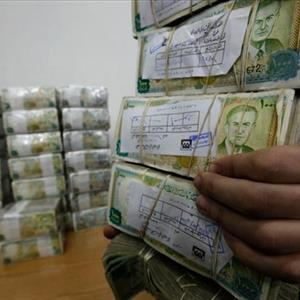 BEIRUT: The United States blacklisted Lebanese company DK Group for arranging to ship Syrian pound banknotes from Russia to the Syrian central bank, an allegation strongly denied by the company’s general manager.
The United States Treasury said Thursday that Lebanon-based DK Group Sari and its general manager Jad Dagher were designated for materially assisting, sponsoring or providing financial, material, or technological support for, or goods or services in support of the Syrian regime. “As of March 2014, Goznak arranged to ship Syrian pound banknotes from Russia to the central bank of Syria. Dagher, the general manager of Goznak’s official regional representative, DK Group, worked to facilitate the transportation of the banknotes from Russia to Syria via third-country cargo flights,” the U.S. Treasury said. Goznak is a unitary enterprise in Russia, responsible for the production of coins and banknotes. The agency administers the whole process cycle of banknote manufacturing. [It incorporates several factories involved in different stages of the production cycle. The Russian company is one the main suppliers of Syrian banknotes to the Syrian central bank, which is also blacklisted by the U.S. Treasury.
However, Dagher refuted the claims by U.S. authorities and stressed that his company had no part in the deal. “I am surprised by the U.S. accusations. We are part of a large company based in Russia and all that we do is make presentations and promotions for the Russian firm, which prints banknotes for many countries. We are going to contact the U.S. Treasury soon and explain our position,” he told The Daily Star. Dagher stressed that his company did not ship any banknotes to Syria through a third party or any other party, noting that the Russian company which he represents in Lebanon deals openly with the Syrian government and is not even on the U.S. blacklist. “There are many Lebanese companies and banks that operate in Syria. I don’t understand why they have to pick on us,” Dagher said. Asked if Lebanese banks would stop dealing with his company after his firm was blacklisted, the general manager said it was too early to assess this matter. “I know that some Lebanese banks will probably refrain from dealing with any Lebanese company blacklisted by the U.S. But I am not sure if all the banks will do the same,” Dagher said.
Among the other blacklisted companies were Cyprus-based Piruseti Enterprises Ltd., Frumineti Investments Ltd. and their directors, Issa al-Zeydi and Ioannis Ioannou. Ioannou is suspected of helping Damascus skirt sanctions. Piruseti and Frumineti are accused of serving as front companies for the Syrian government and its financial supporters. Four banks were also listed as being owned or controlled by the Syrian government and sanctioned. And Khodr Orfali and Kamal Eddin Tu’ma were designated for being senior Syrian government officials, serving as economy and foreign trade minister and industry minister respectively. The move freezes any assets the designees may have under U.S. jurisdiction and bars all financial and commercial transactions by any American or U.S.-based persons with them.
Washington and the West have applied severe financial and economic sanctions on the Syrian regime and blacklisted any firm which deals directly or indirectly with the Syrian central bank and Syrian government institutions. Lebanese banks also refrain from conducting any financial transaction with the Syrian regime and with all the Syrian political and military officials who are blacklisted by the U.S.