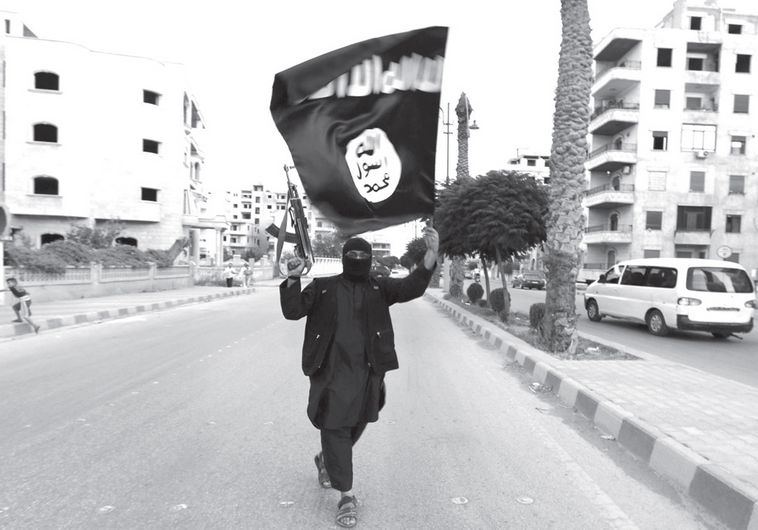 Airstrikes have killed hundreds of Islamic State militants in Kobani, Pentagon says
By REUTERS/10/16/2014/J.Post
WASHINGTON – US-led air strikes have killed several hundred Islamic State fighters around the Syrian town of Kobani, the Pentagon said on Wednesday, but it cautioned that the town near Turkey’s border could still fall to the Sunni militant group.
The US-led coalition has launched about 40 air strikes on the mainly Kurdish town of Kobani in the past 48 hours, the largest number since the strikes inside Syria began on Sept. 22 and illustrating the difficulty of staunching a nearly month-long Islamic State offensive on the town.
Rear Admiral John Kirby, a Pentagon spokesman, said bad weather in Iraq had freed up coalition firepower to attack Kobani targets. But he added the situation was fluid, with the Kurdish militia still controlling the town, although with pockets held by Islamic State.
“The more they want it, the more resources they apply to it, the more targets we have to hit,” Kirby said, adding: “We know we’ve killed several hundred of them.”
The strikes, he added, had degraded Islamic State’s ability to move around forces and sustain themselves, “and it’s not like they have a whole heck of a lot of ability to reconstitute that.”
The siege of the mainly Kurdish town on the border with Turkey has become a focus of the US-led effort to halt the militants, who have seized swaths of territory in Syria and Iraq. The United Nations has warned of a massacre if the town falls to the militants, who now control nearly half of it.
Kirby said only hundreds of civilians remained in the town, which is also known as Ayn al-Arab.
He also suggested improving weather in Iraq would bolster the intelligence picture needed for air strikes.
“As the weather improves, I think … you’ll see continued pressure applied as appropriate and as we’re able to,” he said.
The Pentagon’s comments came during increased scrutiny in the United States of President Barack Obama’s strategy to defeat the group in Iraq and Syria without sending American ground troops into combat.
Obama on Tuesday told military leaders from more than 20 countries working with Washington to defeat the Islamic State that he was deeply concerned about the extremist group’s advances in Kobani and in western Iraq. Still, Obama did not hint at any change in strategy.
Republican Senator John McCain, a frequent Obama critic and his opponent in the 2008 election, said over the weekend that “they’re winning and we’re not,” referring to Islamic State.
Asked about McCain’s remarks, Kirby said: “It’s a mixed picture.”
“We know we’re having some success. We know we’re making progress. But it’s going to take a long time,” Kirby said.
“And just as readily, I’ll say there’s going to be days, there’s going to be moments, where we’re set back.”