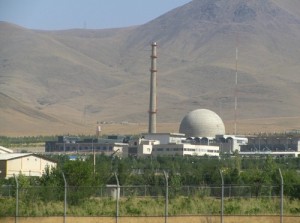 We Must Pressure Iran to Ends Its Support for Terrorism
Bob Feferman/algemeiner.com
October 15, 2014

http://www.algemeiner.com/2014/10/15/we-must-pressure-iran-to-ends-its-support-for-terrorism/
Over the past few months, the world has witnessed a new wave of terrorist acts by extremists in the Middle East. We were horrified when ISIS sent out videos of the beheadings of Westerners, and watched as terrorists in Gaza fired 4,500 rockets at Israeli civilians. It is no longer possible for the international community to sit on its hands while rogue terrorist groups and extremists endanger our collective security. Any entity promoting extremism and terrorism must be held accountable.
Concerned citizens must take action. That’s why we launched The WAVE Challenge, a petition that will openly challenge the government of Iran to end its support for international terrorism, extremism, and the brutal regime of Bashar al-Assad.
During his 2013 speech before the UN General Assembly, Iranian President Hassan Rouhani cynically proposed WAVE (World Against Violence and Extremism), ostensibly to promote “tolerance over violence, progress over bloodletting, justice over discrimination, prosperity over poverty, and freedom over despotism.” Unfortunately, the ideals espoused in WAVE in no way comport with the record of Rouhani’s government. Rather, WAVE is a rhetorical ploy to mask the Iranian regime’s 35-year record of violence and extremism at home and abroad.
Over the past three years, Iran and its Lebanese proxy Hezbollah have provided massive support to the brutal regime of Bashar al-Assad in Syria. Iran’s role in the repression of the popular Syrian uprising has helped cause the deaths of 200,000 Syrians, and turned millions into refugees.
In her 2014 speech at the U.S. Holocaust Memorial, America’s UNAmbassador Samantha Power said, “President Assad is deliberately targeting his own people – using indiscriminate air attacks, introducing the world to barrel bombs, denying civilians food in starvation campaigns and practicing systematic, industrial torture – all of this to force the Syrian people to submit to his will.”
This activity, as well as Iran’s support for terrorist organizations is just one reason why we must prevent a nuclear-armed Iran.
Here are some examples:
Take Iran’s support for Hamas, Hezbollah, and Palestinian Islamic Jihad and the ways in which Iran has enabled these terrorist organizations to murder Israeli civilians. The numbers are shocking.
During the Second Lebanon War in the summer of 2006, Hezbollah fired 4,000 rockets supplied by Iran into northern Israel, killing 43 civilians and wounding more than 1,000.
Between 1993 and 2008, Palestinian terrorist groups – mainly Hamas and Islamic Jihad- carried out 156 suicide bombings and other attacks that targeted Israelis on buses, in restaurants, and in shopping malls murdering more than 800 civilians and wounding thousands. The groups that carried out these attacks received extensive funding, training, and weapons from Iran.
Since the Hamas takeover of Gaza in 2007, terrorists from Hamas and Islamic Jihad have fired more than 10,000 rockets at Israeli civilians and that was before Israel launched Operation Protective Edge during which another 4,500 rockets were launched at Israel. These rockets were either supplied by Iran or made in Gaza with Iranian know-how.
Terror organizations like Hamas, Hezbollah, and Islamic Jihad can only thrive in a world where there is a lack of moral clarity.
Iran is the number one state sponsor of terrorism in the world today. That support also includes long-standing ties to al-Qaeda and the Taliban. Iranian President Hassan Rouhani has gone on to say that Iran needs to “Express Death to America with Action.” Given Iran’s long-standing ties to international terrorism, it is obvious that Rouhani would like nothing more than to see another 9/11 on American soil.
As President Obama said in his speech the United Nations General Assembly, “No God condones this terror. No grievance justifies these actions. There can be no reasoning – no negotiation – with this brand of evil.”
The United Nations is better than that, and it is time for ordinary citizens to stand up and speak out against the government of Iran for its tacit support of international terrorism.
Every day in Iran, brave citizens with moral courage are imprisoned for speaking out against the evils of the current regime. It is time for the international community to display the same courage as ordinary Iranians.
The WAVE Challenge provides us with the opportunity to make it clear to the government of Iran that the world will no longer tolerate its support for terrorists who murder civilians and the regime of Bashar al-Assad, which murders its own citizens.
As Margaret Mead once observed, “Never doubt that a small group of thoughtful, committed citizens can change the world; indeed, it’s the only thing that ever has.” This is the great moral foreign policy challenge of our time, and it is a challenge that must be met.
**Bob Feferman is Outreach Coordinator for United Against Nuclear Iran (UANI) and Gabriel Pedreira is UANI Communications Director.