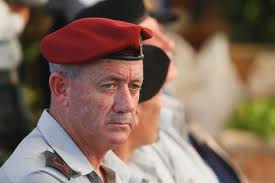 The outcome of the donor conference for Gaza reconstruction that was held in Cairo on Sunday was not surprising.
Representatives of 50 countries convened to pledge funds to Hamas and the PLO. The Palestinians had hoped to receive $4 billion in pledges. They raised $5.4b.
Most of the money will be transferred to the PLO-controlled Palestinian Authority led by President Mahmoud Abbas. But at least $1b. will go directly to Hamas, from its primary financier, Qatar.
With its $1b. Hamas will be able to pay its terrorist operatives and rebuild its terrorist forces.
The air force revealed last week that Hamas is rebuilding its rocket arsenal already.
As for the money that will be transferred to Abbas, the billions in funding will give the PLO the money it needs to finance Abbas’s rapidly escalating political war against Israel in the international arena. At least some of the money will also go to Hamas, Abbas’s partner in the unity government.
The entire nature of the conference was surreal, but again predictable.
Surreal because it was based on a total disregard for reality.
In last summer’s war, Hamas wantonly and deliberately waged an unprovoked, illegal missile campaign against Israel for the third time in five years. It fired 4,500 projectiles at Israeli territory. It also used tunnels it dug into Israeli territory to attack Israel.
Had Hamas not attacked, Israel would not have counterattacked. There would have been no damage to repair in Gaza.
If the US, Europe and the Arab world were interested in actually helping Gaza, rather than organize a conference to fund Hamas and the PLO, they would have enjoined Israel to finish the job two months ago and end Hamas’s criminal, terrorist state in Gaza once and for all.
Yet, they did no such thing. Throughout the war, the US and the EU joined Qatar and Turkey in blaming Israel for Hamas’s illegal war.
And on Sunday, they put their money where their mouths are. They pledged billions to the PLO and its political war against Israel. And they funded Hamas – both directly and indirectly. Moreover, they gave Hamas a political victory by agreeing to fund Abbas, even though he is the head of a PLO-Hamas government.
All of this was predictable because it happens every time Israel is attacked, whether by terrorist armies in Judea, Samaria and Gaza, or in Lebanon.
Every time the Palestinians and Lebanese Hezbollah attack Israel, the US and Europe eventually side with the Arabs and demand that Israel stop defending itself.
The only difference between the most recent war with Hamas and its predecessors is that this time, the US was even more adamantly opposed to Israel’s attempts to defeat Hamas than the Europeans and many Arab governments.
In other words, the only difference between the most recent war and its predecessors is that the level of hostility towards Israel – and conversely support for Hamas – among leading members of the international community was unprecedented.
Israel’s job in contending with this hostile environment should have been similarly unprecedented.
Israel should have been offering to lead an international force in Gaza to overthrow Hamas and arrest its leaders pending war crimes trials. It should have been sticking the international community’s nose in the stench of its hypocrisy and anti-Israel bias.
Operationally, it should have recognized that Israel’s chief achievement in the war was its ability to withstand US pressure and maintain Gaza’s physical isolation by maintaining the borders shut, and so preventing the terrorist regime from resupplying and rearming.
At least on the last count, keeping Gaza sealed was Israel’s unflinching position throughout the war. To prevent the opening of Gaza’s borders, and through it, the rebuilding of Hamas’s terrorist infrastructure and political power, at great diplomatic cost, Israel repeatedly rejected US demands for an open border.
But today, this position is collapsing. True, Israel is insisting officially that stringent controls be placed on all dual use goods brought into Gaza. But officials openly acknowledge that there is no way to enforce the controls once the goods are imported.
Far worse than accepting that its position is difficult to enforce, Israel is actually facilitating the opening of Gaza’s borders. In so doing, Israel is giving Hamas the victory it failed to achieve on the battlefield.
And worst of all, the chief proponent of this policy is not Prime Minister Binyamin Netanyahu, or even Justice Minister Tzipi Livni. Its chief advocate is IDF chief of staff Lt.-Gen. Benny Gantz.
Throughout the war, tremors of criticism were heard in governing circles and the media against the IDF leadership in general, and against Gantz, in particular.
In a series of media interviews on the eve of Yom Kippur, Gantz showed that not only was the criticism warranted – it was far too mild.