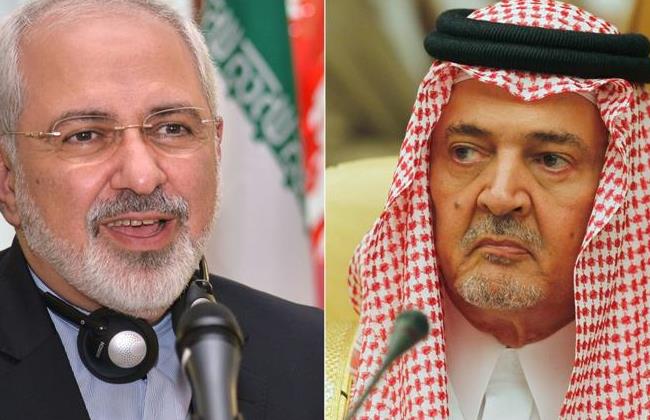 Washington must choose between us and Iran
Abdulrahman al-Rashed /Al Arabiya
Thursday, 9 October 2014
Three years ago, the Islamic State of Iraq and Syria (ISIS) was a small pack of wolves made up of a few dozen members. However, the organization is now a herd of wolves comprised of around 30,000 fighters. The group’s ranks swelled due to the underestimation of it as a suicidal takfirist organization which adopted the luring slogan of fighting against the Syrian regime which has killed tens of thousands of civilians. This is how ISIS’s political rhetoric became convincing to Muslims across the world on the humane, moral and religious levels. If American officials understand this simple notion, they will figure out how to resolve the serious situation in Iraq and Syria. However, if they remain unmindful, it will be impossible for them to win the battle against ISIS regardless of the size of the ongoing military campaign by the coalition forces. Washington currently rejects the idea of creating a buffer zone – inside Syria or on its borders – for the millions who fled the Assad’s regime. The erroneous decision will result in letting millions of desperate Syrians fall prey to ISIS and the al-Nusra Front which sell refugee youths fake promises of defeating the regime and entering paradise.
ISIS recruitment
It will be easy for ISIS to recruit thousands of Syrian refugees once it convinces them that the international Western alliance does not care about protecting them and only cares about fighting ISIS. To the Syrians, ISIS has only killed a few thousands while the Assad regime has killed more than a quarter of a million. If extremists succeed in gaining the support of Syrian refugees, it will be impossible for the world to win over them. The American government must realize that ISIS is a result of chaos and a vacuum and of the weakness of the central authority in Damascus. The U.S. must also realize that eliminating extremism and terrorism via a political plan satisfies the majority of the Syrian people, not only the Christians who are one percent of the population or the Alawites who are no more than 10 percent of the population. Things will get worse and terrorist groups will further exploit the chaos, grow in number and gain more popularity if Washington does not announce a political plan now. Terrorist groups will also turn the public opinion against the international alliance and millions of Syrians and Muslims who sympathize with them will begin to despise the alliance.“Another folly is the White House’s attempt to appease Iran by seeking its cooperation in Iraq and Syria against ISIS”
Another folly is the White House’s attempt to appease Iran by seeking its cooperation in Iraq and Syria against ISIS. How can Iran, which is ruled by an extremist Shiite regime, help the alliance when it doesn’t have any influence over Sunnis? What can Tehran’s regime do in addition to what it has been doing over the past two years? It’s done everything it can during the rule of its ally Nouri al-Maliki in Iraq and it failed. It caused the collapse of the al-Anbar province and five other Iraqi provinces as well as the fall of Mosul, Iraq’s second largest city, into the hands of ISIS. The Iranians also lost in Syria where Revolutionary Guards forces and thousands of their militias are fighting in support of the Assad regime. They lost despite all their efforts and the Syrian regime lost its control over two thirds of the country. So, how can Iran support the alliance when it failed in Iraq and Syria?
Washington needs to stop hesitating and committing costly mistakes. This war on terrorism is more serious than its war against al-Qaeda in Afghanistan and globally because the current number of ISIS fighters is double the number of al-Qaeda fighters at its peak 10 years ago. The number of ISIS fighters will double in upcoming months, unlike analysts’ suppositions, unless central political systems are established in countries suffering from collapse such as Iraq and Syria.
We can tell the American government to join hands with the Iranians and fight against ISIS and the al-Nusra Front while we sit back and watch, but we already know that the result will be a catastrophic failure after which chaos, destruction and terrorism will reign.