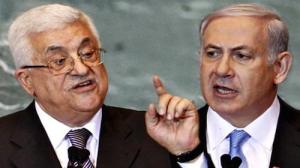 Netanyahu’s biggest sin is inaction
Op-ed: While he has plans of action for the entire world, Israel’s prime minister personally prefers to wait and see what will happen.
Aviad Kleinberg /Ynetnews
Published: 10.09.14,/ Israel Opinion
In his poem “Portrait of the Artist as a Prematurely Old Man,” American poet Ogden Nash looks into the distinction between the sins of commission and the sins of omission. Sins of the first type, Nash says, give as pleasure at least during the sin. Otherwise, it’s reasonable to assume, we wouldn’t be committing them. The problem is with the sins of omission – the laziness and cowardice which make us avoid doing what we should don’t give us pleasure. When there is no energy or no courage, you don’t do; there is no great pleasure in that. The Netanyahu government is committing both types of sins, but is mainly committing the sin of omission. The intellectual laziness and the cowardice can sometimes be beneficial, as we learned in the recent war: Prime Minister Benjamin Netanyahu, who is always scared of doing, mostly wanted to get out of the situation he got entangled in and was praised for his moderation and maturity. But Netanyahu is neither mature nor moderate. He is a coward. He was terrified by the fact that he suddenly got carried away in doing something. He rushed to give up on his fiery principles in order to return to his favorite pattern of action: Vigorously calling on others to take immediate and firm action while marking time through inaction, indecision and a failure to take responsibility.
Marking time has become an ideology for Israel’s prime minister, a sanctification of the status quo. The dramatic changes taking place in the world around us require, according to Netanyahu, doing nothing. Every time you do something, you’re taking a risk. It’s not good to take risks. I mean, it is good, but not for Netanyahu. While he has plans of action for the entire world, he personally prefers to wait and see what will happen. Determinedly. Israel under his leadership only knows how to point to the reasons why it shouldn’t propose any peace plan, why it shouldn’t propose any strategy. There are risks. Taking risks is not worthwhile – at least for Netanyahu.
In mysterious ways, time is on our side. It’s Israel’s main ally, perhaps the only one, under Netanyahu. The problem with time is that it doesn’t work for Netanyahu. It doesn’t work for anyone. Time is reorganizing the Middle East. It is creating new risks and new chances. Netanyahu is in no hurry. A peace plan may bear fruit, but it may also fail. One thing’s for sure – it may anger the Yesha Council. Things should therefore be considered seriously. In the meantime, we can announce our commitment to the two-states-for-two-people idea. The gentiles love this nonsense. But even this empty statement wore Netanyahu out. Now we must wait. For how long? Until it becomes totally irrelevant. Then we’ll shrug with a sign of relief. This milk has been spilled; what are you crying about? Deal with reality. It’s true that this reality could have been avoided, it’s true that you tried to warn and make a difference, but that was in the past. Leave it to the historians.
From a political perspective, inaction means power. Every move evokes reactions, sometimes firm reactions. When you don’t do anything, the system enters a state of drowsiness. It’s hard to protest against the status quo. Status quo is (literally) the current situation. What can one do about the current situation? One can protest against political and military moves. The media discuss them, the experts voice their opinion, the other side responds. And lack of moves? Lack of moves is simply the daily life, the reality, the way of the world.
With every day that passes, another opportunity is being missed. With every day that passes without any action, Israel’s leeway is reduced. With every day that passes, additional facts are being created on the ground, in the territories to be exact. That doesn’t require big decisions. What does Peace Now want from the prime minister? All we have seen here are administrative decisions, maintenance. Another dunam and another goat have made a modest, hidden contribution to Israel becoming an apartheid state. What can we do? Nothing, it seems.