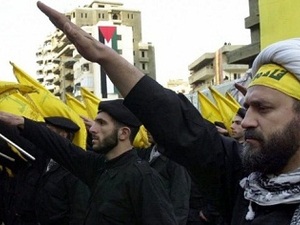 Hezbollah bomb boldest Blue Line action since 2006
Nicholas Blanford| The Daily Star
Oct. 09, 2014 |
LONDON: The Hezbollah roadside bomb ambush against an Israeli patrol that wounded two soldiers Tuesday was significant less in the rarity of such operations since 2006 and more in the timing. The attack has been linked to the death of Ali Haidar, a Hezbollah explosives expert who was killed two months ago while dismantling a booby-trapped Israeli monitoring device that was hooked into a Hezbollah communications cable near Adloun. The unit that claimed the roadside bomb ambush near the Israeli army’s Rowaisat al-Alam outpost in the Shebaa Farms was named after Haidar, suggesting that the operation was a retaliation. Sheikh Naim Qassem, Hezbollah’s deputy leader, also hinted that the bomb attack was tit-for-tat when he told OTV television Tuesday night that Hezbollah “will not allow any violation without retaliating properly.” Nevertheless, if the bomb attack was a retaliation for Haidar’s death, it remains unclear why it took two months for Hezbollah to launch the operation. Between October 2000 and the outbreak of war in July 2006, Hezbollah turned the United Nations-delineated Blue Line into a locus of retaliation for acts of aggression by Israel, whether assassinations of Hezbollah cadres, persistent overflights in Lebanese airspace or other territorial breaches. Usually, Hezbollah’s response to an Israeli transgression would come swiftly, sometimes within hours. After the 2006 war, Hezbollah dropped its eye-for-an-eye policy along the Blue Line to prevent a miscalculation that could provoke another unwanted conflict with Israel. That forbearance ended last February when Israel bombed a building near Janta in the eastern Bekaa that was used for the transfer of weapons from Syria to Hezbollah’s arms storehouses. The airstrike was part of a pattern of attacks conducted by the Israeli air force since January 2012 targeting consignments of advanced weapons – such as long-range guided rockets, air defense systems and anti-ship missiles – that could have been destined for Hezbollah. The February attack differed because it was the first to strike Lebanese territory – all the previous attacks were inside Syria.
Hezbollah acknowledged that one of its facilities was hit and vowed retaliation. It came in the course of the following two weeks with three attempted or actual roadside bomb attacks against Israeli troops and the launching of rockets at an Israeli outpost on Mount Hermon. All but one of the attacks was carried out in the Golan Heights which afforded Hezbollah some degree of deniability. The exception was a roadside bomb ambush in the Shebaa Farms near Bastara at the southern end of the hillside. The attack, which was subsequently acknowledged by Sayyed Hasan Nasrallah as a Hezbollah operation, was the first in the Farms since the 2006 war.
That raises the question that if Tuesday’s roadside bomb attack was retaliation for the death of Ali Haidar, why did Hezbollah wait two months before carrying it out? There may be more to the operation than is currently being revealed.
The bomb ambush was also significant in the location chosen by Hezbollah for the attack. The bomb was planted on a track roughly 400 meters east of the Rowaisat al-Alam outpost, which lies opposite Kfar Shuba at the northern end of the Shebaa Farms.
The Hezbollah team that carried out the operation demonstrated great skill in infiltrating this area of the Shebaa Farms. The vegetation at the northern end of the Farms is sparse, providing little ground cover for infiltrating fighters. The Israeli outpost is also equipped with numerous monitoring devices and cameras designed to detect breaches of the Blue Line.
All past roadside bomb attacks by Hezbollah in the Shebaa Farms, mainly those conducted in the 2000-2006 period, occurred in the more densely wooded southern slopes of the Shebaa Farms. The one glaring exception was a carefully planned operation in May 2004 when Hezbollah was able to plant bombs within meters of the entrance of the Rowaisat al-Alam outpost and then detonate them against a returning Israeli patrol.
This latest operation rekindles some of the bravado of that earlier attack a decade ago.
Nevertheless, although it appears that the bomb was planted successfully, the Israelis appear to have detected members of the Hezbollah team as they departed the area Sunday which led to shots being fired and a Lebanese soldier wounded.
It would be instructive to learn how Tuesday’s bomb was detonated. If the bomb was detonated by command control the Hezbollah team must have had a view of the ambush site to await the arrival of the target. The eastern side of the Rowaisat al-Alam outpost is visible from the Lebanese side of the Blue Line only from a hill overlooking the Shebaa pond gate, a distance of over 2 kilometers.
It is possible that a Hezbollah team monitored the bombsite from such a position. But another alternative is that some of the Hezbollah team that planted the bomb remained behind hidden inside the Shebaa Farms, monitoring the site until the Israeli patrol arrived.
The latter option would have carried significant risks to the perpetrators, who would have had to slip out of the Farms during a period of heightened activity by Israeli troops on full alert.
Either way, Tuesday’s ambush was the boldest action undertaken by Hezbollah along the Blue Line since the end of the 2006 war. Whether it presages further attacks in the Shebaa Farms or whether it remains a curious anomaly remains to be seen.