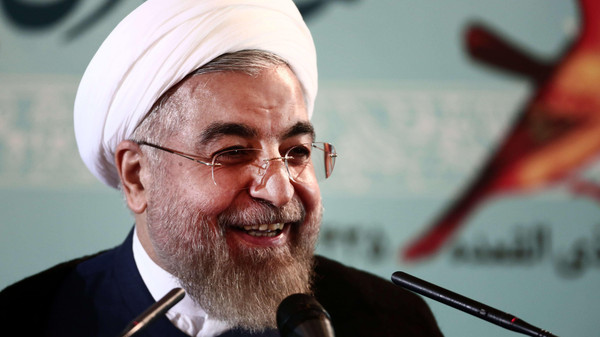 Analysis: West will know within days what caused explosion at Iranian military complex. Answer could put Iran in a very uncomfortable position during nuclear negotiations.
The Parchin facility is a military camp located about 15 kilometers (9.5 miles) east of Tehran, where research is conducted on the production of explosives and missile warheads, as well as activities of the “nuclear weapon group.”
The latter serves as one of the components of the military nuclear program whose goal is to create the explosion mechanisms and the nuclear detonator facility itself – an experimental facility for an aerial bomb or a missile warhead test.
The magnitude of the explosion which left two people dead and several wounded, according to Iranian reports, the flash and the huge blast felt many kilometers away leave no room for doubt that this is a facility related to the nuclear program.
The Parchin area is under constant supervision of optic and electromagnetic visual spy satellites – including Israeli supervision. The Americans also have ways to collect air samples from the explosion area through nitrogenous and unmanned aerial vehicles, so the West will know within several days what caused the explosion and if any radioactive materials were used.
In any event, the explosion puts Iran in a very uncomfortable position in the negotiations it is holding with the West, which are scheduled to end on November 24. If indeed it turns out that this was a military nuclear experiment, it will cause the West to toughen its stand and help Israel demand that the sanctions against Iran will be stepped up.
Unlike the uranium mining and enrichment processes, as well as the construction of the heavy water reactor for plutonium production, which are carried out openly, the Iranian weapons program is being implemented secretly. Iran is denying that its exists, but is not letting International Atomic Energy Agency (IAEA) inspectors enter the Parchin facility in order to ensure that there is no activity taking place there for the construction of a nuclear device.
The Iranian refusal has been taking place for nearly a decade now, despite repeated IAEA demands, but Western agencies revealed two years ago that Parchin includes a special facility where the Iranians are trying to develop the conventional explosives which will wrap the two half-spheres of the enriched uranium in order to begin the nuclear reaction. This envelop must explode at once at a rate of nanoseconds, and therefore special compressors are installed in it to time its explosion, thereby initiating the beginning of the reaction – which means a nuclear explosion.
The Iranians also used radioactive materials for the tests. When the UN inspectors demanded to be let into the facility, the Iranians tried at first to hide the existence of the envelop experiments and tests aimed at minimizing the bomb in order to insert it into the warhead of the Shahab-3 and Sejil ballistic missiles.
The Iranians tried to hide piles of dirt in the area in order to cover up the radioactivity emitted during the use of nuclear materials. They also washed the area with huge amounts of water, but apparently failed to remove the traces of radiation, and that was likely the reason why they have refused to let inspectors enter the facility until this very day.
IAEA Director General Yukiya Amano met with the heads of the nuclear program in Tehran several weeks ago, but his demand to allow his people to enter the facility was turned down once again. Now we know why.
It turns out that the tests likely related to the nuclear program continued even during the period when Iran had allegedly stopped, according to the Americans, developing the “nuclear weapon group.”
The question of what caused the explosion remains open. Was it a “work accident,” as the Iranian ministry of defense claims, or was it an act of sabotage initiated by someone interested in thwarting the plan. In Israel, as always, those who should know are keeping quiet. So it is uncertain what caused the explosion and whether it has to do with Israel’s efforts to thwart the Iranian nuclear program.
If it was indeed an act of sabotage, it’s reasonable to assume that it was the result of cooperation between Western countries and may have even been based on cyber warfare. We have already seen such precedents in the past in a similar context.