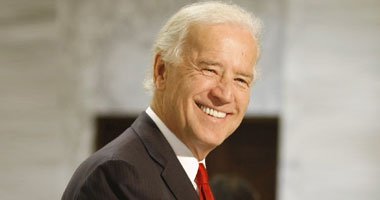 Biden echoes Iran’s words on ISIS
Abdulrahman al-Rashed /Al Arabiya
Monday, 6 October 2014
U.S. Vice President Joe Biden is a veteran politician who’s more experienced in foreign relations than many other senior politicians at the White House. As a former member of the foreign relations committee, the NATO observer group, and other Washington governmental institutions, Biden is even more experienced in geopolitics than President Barack Obama.
So, Biden’s recent statements implying that Turkey, Qatar, Saudi Arabia and the United Arab Emirates are behind the Islamic State of Iraq and Syria (ISIS) terrorist group angered everyone.
Apart from the fact that this is an irresponsible statement, it may also abort the efforts of the anti-ISIS coalition in the fight against the group. Biden’s statement also evades responsibility. Gulf countries, France and Britain have over a year ago warned of leaving conflict-ridden Syria to the hands of terrorist organizations but the White House insisted on refusing intervention in all its forms and prohibited the supplying of the Free Syrian Army with advanced weaponry.
This led to the prolonging of the war and to the Syrian and Iranian regimes’ rejection of the Geneva I conference’s solution of an interim government without Bashar al-Assad. The decision of the U.S. not to intervene in Syria led to the participation of extremist groups, such as ISIS, in the Syrian civil war – especially after Assad’s crimes escalated violence with chemical weapons and barrel bombs. Washington’s negative stance thus weakened the moderate Syrian opposition, like the Free Syrian Army, and encouraged terrorist groups to enter the battlefield.
No direct support
Perhaps Turkey is to be blame for leaving its borders open for extremists without discrimination, but I don’t believe it is directly supporting ISIS. Saudi Arabia and the UAE, however, are two countries who worked on combatting ISIS the most, at a time when Biden was sound asleep on his ostrich-feather pillow leaving the organization to grow and ignoring all warnings from the region.
“ISIS primarily targets Arab Sunni regimes while Shiite Iran has been a safe haven for some al-Qaeda leaders”
Accusing countries – just because they are Sunni – of backing Sunni extremist ISIS implies ignorance in the history of the war on terrorism in the region.
ISIS is just a new banner for the old-order al-Qaeda and they both have the same aims. When simplifying disputes in the Middle East, some analysts categorize disputes as sectarian or ethnic – considering they are reason enough to fight.
Such a simplification can mislead foreign analysts. Wars happen among followers of religions but most of them happen between people of one sect – as in between Sunnis and Sunnis, Shiites and Shiites, Christians and Christians and Kurds and Kurds.
The situation is not different when dealing with al-Qaeda-style organizations and its branches like ISIS. ISIS is a Sunni extremist organization which has killed more Sunnis than Shiites and Yazidis. For instance, it killed 500 of the Sunni al-Sheitaat tribe to punish them for not cooperating.
ISIS primarily targets Arab Sunni regimes while Shiite Iran has been a safe haven for some al-Qaeda leaders – particularly those who fled from Afghanistan and Pakistan – for around one-and-a-half decades.
Wrong understanding
Therefore, summarizing disputes in a sectarian or ethnic context may lead to a wrong understanding of the situation. Iran and the Assad regime are the major supporters of Sunni political organizations and of Sunni armed extremist organizations like Hamas, the Muslim Brotherhood, Fatah al-Islam and others.
Biden must accept blame instead of blaming others. He’s concerned with Iraqi affairs and has lived through the policies of former Iraqi Prime Minister Nouri al-Maliki, who’s behind the emergence of the ISIS in Iraq’s western al-Anbar province.
Thousands of Iraqi youths joined ISIS as a result of the hostility and elimination publicly practiced against them. Biden and the rest of Washington were quite late in realizing Maliki’s lies and the weakness of his army.
Instead of blaming Maliki, Assad and the Iranian government – the tripartite who caused chaos and revived the curse of extremism in the entire region – Biden blamed the countries who’ve actually fought al-Qaeda nonstop.
Instead of getting direct answers to his suspicions from the countries concerned (i.e. Turkey, Saudi Arabia, Qatar and the UAE), Biden chose to echo the statements of Iran and Assad’s regime.