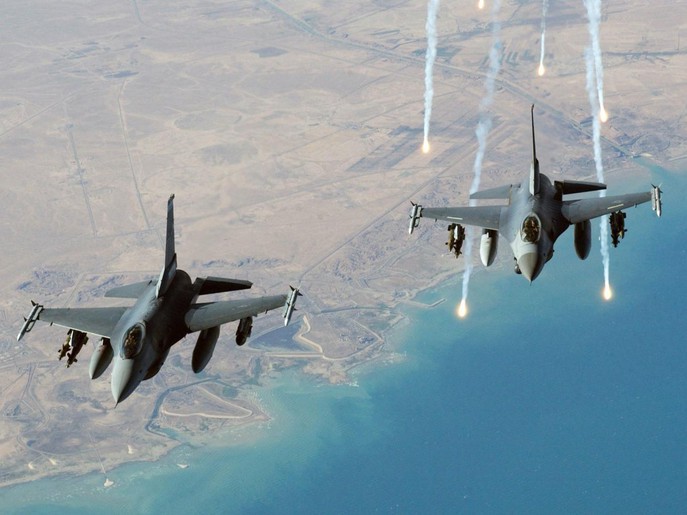 What is Turkey’s military role in Iraq and Syria?
Saturday, 4 October 2014
Ceylan Ozbudak
As the ISIS threat keeps spreading in the Middle East, countries and alliances are seeking action to protect the area and civilians. Turkey’s parliament approved a motion Thursday authorizing the Turkish military to launch action in Syria and Iraq that would also allow U.S.-led coalition forces to use Turkish territory. I want to explain what Turkey plans with this motion.
In the 55-seat parliament, 298 deputies voted to approve the use of the Turkish armed forces in the region; as we all remember, the Turkish parliament voted “no” in 2003 to the motion to get involved in the Iraq war and to let the U.S.-led use the Incirlik air base in Turkey. What is the difference of the two motions and why did the Turkish parliament vote “yes” this time?
In the 2003 Iraq war, Turkey’s involvement would have meant actively attacking and bombing a Muslim country and the Muslim Turkish public would not allow this to happen. Turkey has never been keen to start a war. In time, Turkey’s decision to not get involved in the Iraq invasion turned out to be fitting. Both the U.S. and the UK are still haunted by the ghosts of the Iraq war.
Buffer zone
While this motion is often interpreted as a war against ISIS, I believe Turkey has no intention to get into an active war. Turkey is seeking a way to dismantle ISIS without killing more people. This motion is designed and planned to be used to create a buffer zone.
“In the 2003 Iraq war, Turkey’s involvement would have meant actively attacking and bombing a Muslim country and the Muslim Turkish public would not allow this to happen. Turkey has never been keen to start a war”
The proposed buffer zone’s airspace would be declared a no-fly zone and the land would accommodate room for settling the pending tidal wave of Syrian refugees. Syrian planes will not fly over the buffer zone. The buffer zone will come to life with approximately 9,000 Turkish soldiers and this number will rise to 20,000 soldiers along with other NATO forces. The Turkish soldiers are planning to take part in a 25 kilometer-squared periphery only as a security unit. The last thing Turkey seeks is producing a new Great War on its borders.
The plan has supporters as well as dissenters. The two sides of the dissent can be listed as the two opposition parties. The main opposition party – CHP – stated they have nothing against the Syrian regime and that this action might be seen as invading Syrian territory.
The far left BDP (often associated with the PKK) sees the action as invading Kurdish cantons and complains that the existence of international forces in the region will cut the ties of PKK fighters inside Iraq and Syria with Turkey. The BDP also stated that peace talks between the PKK and the Turkish government might come to an end if the government decides to go ahead with the buffer zone plan.
No longer be solved
This might be something to think about if there were PKK fighters left to confront the Turkish armed forces; however, as the PKK has almost been brought to an end at the hands of ISIS, the process can also come to a natural ending.
In my previous articles, I explained in detail why the ISIS threat cannot be solved by arming the PKK. I explained that since the two groups are applying guerilla warfare methods, the one with the stronger ideology would always win; in this case, this happens to be the ISIS. We witnessed weeks of trying to whitewash the terrorist-listed PKK organization in the Western press to prepare the public opinion for the arming of the PKK.
While Germany sent arms to the PKK and the other EU countries were just getting ready to do the same, claiming the PKK would be the new John Wayne of the region against ISIS, PKK fighters started running away from ISIS forces. To be frank, I was expecting the PKK to give up their weapons and run away.
Now that the PKK fighters fled leaving their brand new weapons and financial aid packages behind, we started to see social media accounts allegedly controlled by ISIS fighters posting pictures posing next to the weapons PKK left behind. ISIS is now better armed thanks to the arming of the PKK.
Retreating from the war
This result compels us to look for more effective solutions to fight radical terrorists rather than arming other terrorists. On the other hand, the claim that Turkey seeks to invade Kurdish territory or parts of Syria through this motion is totally baseless. First of all, the buffer zone in question will not be marked as Turkish territory but an international safe zone: Second of all, Turkey has no intention of staying in this territory after the conflict cools off and the war ends.
Turkey will definitely retreat, and keep supplying humanitarian aid to the refugees in the region from within its borders. This will keep the Kurdish civilians safer than seeking refuge in tiny cantons protected and exploited by either the PKK or the YPG.
If the allies of Turkey are expecting the Turkish military to engage in direct military action against ISIS fighters or other fundamentalist groups in the region, they might be wrong. Turkey is not seeking to try an already failed (many times, miserably) policy all over again. Turkey is a country which suffered most of the consequences of bombing cities and towns full of civilians and has no desire to contribute to such suffering.
As I’ve emphasized before, military action against ISIS at the hands of the PKK did not yield results, and it will not yield results at the hands of any other occupying force either. But the no-fly area and the buffer zone – which was supposed to be established years ago – are going to contribute greatly to humanitarian relief.