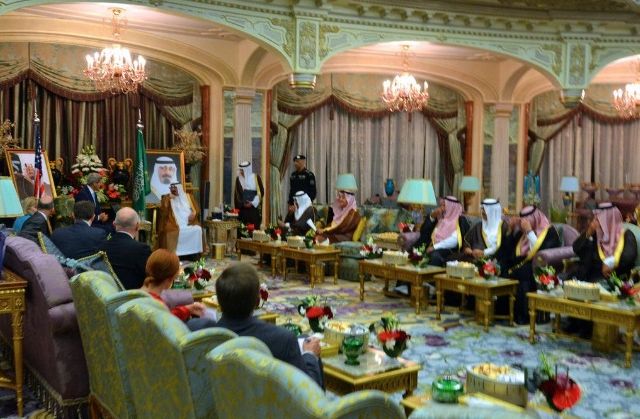 The Gulf Cooperation Council’s (GCC) foreign ministers made very precise statements to send out a warning that “the GCC states will not stand idly by in the face of factional foreign intervention in Yemen.” They had previously stressed that the security of Yemen is one of the council’s main concerns. As such, the scope of the crisis has widened from the previous state when local leaders and the U.N. envoy were left to resolve the conflict.
The truth is that the Gulf states that want to help Yemen have their hands tied because they do not have tanks, troops or militias on the ground Yemen. They cannot wage a war on the Houthis similar to the one waged on ISIS in Iraq and Syria. The GCC is facing a difficult situation in Yemen; for decades their support was only political and economic. The Houthi rebels have reneged on all their agreements signed in recent weeks, even those amended to meet their demands. They disrespected all the deals they signed.
“The Gulf’s actions since the unrest in Yemen erupted in 2011 were positive”
Abdulrahman al-Rashed
The question is not about the illegitimacy of Ansar al-Allah, the Houthis, who seized control of the Yemeni capital. This is obvious after they overthrew the legitimate government that was recognized by the U.N. Security Council and the Arab League and was the product of the consensus of various Yemeni parties. The question now is: How can we deter this rebel militia and restore legitimacy? Will the Security Council that recognized the Yemeni government be able to protect it in the same way it is now defending the Iraqi government against ISIS? What can the GCC do to protect its initiative and protect the new Yemeni regime? Does the GCC’s statement that they will not stand idly by mean a possible military action?
Unrest in Yemen
The Gulf’s actions since the unrest in Yemen erupted in 2011 were positive. Gulf countries respected popular demands and convinced Ali Abdullah Saleh to step down from the presidency. They succeeded in preventing chaos and massacres between various parties and supported the project of the temporary transitional government until the Yemeni people choose a new leader. This was the best that could have been done in that serious crisis, despite the bad choice of the Interim President Abd Rabbu Mansour Hadi. This is why Yemen and Tunisia have emerged Arab Spring models. In the end, Yemenis were victorious with the U.N.’s political support and the major international economic rescue project.
Now, all these achievements are being destroyed by the Houthi rebels who dared to assault the new regime and due to the success of the ousted president’s supporters in undermining the army and security force, leaving the capital defenseless. Accordingly, we ask the Gulf countries, which believe that an attack on Yemen is tantamount to an attack on themselves, what can they do about this? Will they send military forces to confront the Houthis? Are they ready for a wider confrontation in case Iran supports its Houthi allies with troops as it did in Iraq and Syria?
I don’t think that a direct military intervention is the solution now, as it was after Saddam Hussein’s invasion of Kuwait in 1990. This is because it won’t be viable in a collapsed and dangerous country regarded as the second safe haven for al-Qaeda, after Syria. There are limited available options, most notably the political solution. Despite its failure so far, it is still the best option to unite various Yemeni forces, including the South’s forces, against the Houthis and al-Qaeda. It is also the best option to urge them to adopt a political project that excludes the rebels and their supporters and punishes them economically. The second solution is to support, re-structure and arm the army, empowering it to retake cities from the clutches of the Houthis who are taking arms depots, financial and energy assets in their bid to control the major cities through puppets who claim to represent the Yemeni people.
The Gulf countries are facing unusual challenges in Yemen. The war will not be easy as some rivals are still unknown. If the GCC succeeds in Yemen, it will win the respect it deserves in the troubled region, but if it fails, the consequences will be immense.