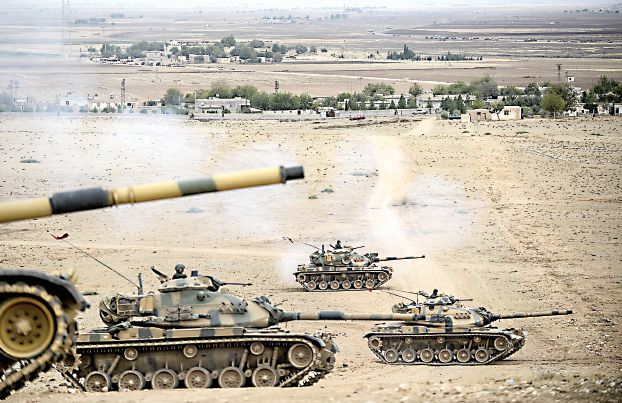 While US President Barack Obama has said his country’s intelligence services underestimated the strength of the Islamic State of Iraq and Syria (ISIS), Saudi Interior Minister Prince Muhammad Bin Naif said: “We know that ISIS was not randomly formed but rather sponsored by states and organizations that employ all their resources and ill intentions in backing ISIS.” How can we interpret this?
“I think our head of the intelligence community, Jim Clapper, has acknowledged . . .they underestimated what had been taking place in Syria,” Obama has recently said, acknowledging also that his country had underestimated the Iraqi Army’s capabilities! Did the US intelligence community underestimate the threat of ISIS, or was Obama trying to avoid the Syrian crisis? Facts indicate that, throughout the Syrian revolution, the US administration has been repeatedly warned of the seriousness of the Syrian crisis and how it will lead to radicalization in the region and destroy the entire Syrian state. Many leaders have reiterated such warnings, whether publicly or in private. Obama himself admitted this when he said that since the start of the Syrian revolution he has been receiving phone calls from foreign officials calling on him to intervene. Obama, however, used to say he did not see clear solutions there.
Despite all the warnings of the gravity of the Syrian crisis, Obama always reiterated that Syrian rebels are nothing but a bunch of farmers and medical doctors, refusing to support them and ignoring the atrocities being committed, Iranian support for Bashar Al-Assad, and the presence of Sunni and Shi’ite extremists in Syria. Last year, the New York Times published a wonderful analysis of the US administration’s view of the crisis and how Obama believed that the Syrian crisis was among the worst crises any president would face. At the time, the newspaper revealed that Obama seem unenthusiastic during meetings on Syria to the extent that “he often appeared impatient or disengaged while listening to the debate, sometimes scrolling through messages on his BlackBerry or slouching and chewing gum.” The newspaper also quoted the-then US deputy national security adviser as saying that the Syrian crisis will embroil Iran for years to come, and that fighting between Hezbollah and Al-Qaeda in Syria is in the best interest of the US. Despite all the warnings of the seriousness of the situation, Obama’s administration had rejected a proposal from the CIA during and after David Petraeus’s tenure to arm Syrian rebels.
Therefore, it is hard to believe that the US intelligence has underestimated the threat of the Syrian crisis and ISIS. It is also hard to believe that none of these warnings has ever reached Obama. Certainly, Obama’s desire not to intervene in Syria, his rushed withdrawal of the US army from Iraq, turning his back on the region, and his disregarding of Assad’s threats to set the region ablaze, has led to the present situation. Everyone realizes the seriousness of the Syrian crisis and that “ISIS was not randomly formed but rather sponsored by states and organizations that employ all their resources and ill intentions,” as the Saudi interior minister said. But the only side that insisted on ignoring all of this was the Obama administration.