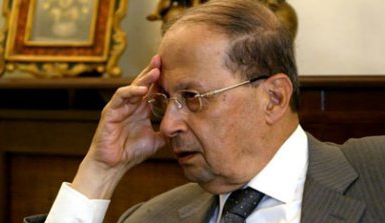 Note: This medical analysis is not related to any political issue. Any resemblance to a living person is of pure imagination.
I will explain in details the whole situation. I will use the simplest medical terms possible. In medical terms the words “Crazy” or “Psycho” do not exist. For each mental disorder there is a name.
Let us explain.
There are two types of mental disorders: “Neurosis” and “Psychosis”. In each of the two types there are several categories and diseases. The disease of which He suffers is of “Psychosis” type, which consists of:
1. Paranoid disorder: This disorder consists in expectations that others are trying to demean, harm or threaten him. This pathology makes Him jealous of others, and results in thinking that all people are His enemies and want to kill Him or hurt Him… He is quick to anger and unforgiving of perceived insults or slights. (Ex: Batrak, all deputies in 1989, American & French ambassadors, FL, all of March 14, and many more). In 1988, He became mad against envoy R. Murphy when the latter showed him a study of his psychological personality.
2. Narcissistic disorder: A most pervasive personality disorder that results in grandiosity, lack of empathy, and hypersensitivity to the opinion of others. He is preoccupied by fantasies of success, power, imaginary achievements and expects from others recognition whether deserved or not. He reacts to any negative criticism with rage, shame, or humiliation and needs a constant supply of compliments from others. He thinks of Himself as Napoleon, Charles de Gaulle, the Liberator… So He doesn’t accept to be number two. He wants to always be the president, the king, and will do anything to destroy everything around him to reach his goal… (there are several examples through history: Neron, Hitler…)
Wasn’t Him who clearly said in 1989: “Beirut was destroyed 6 times so why not be 7?”, and lately “I will not allow all the governmental institutions to work” and “Me or nobody”?
He will often take advantage of others to achieve His own ends. He doesn’t care if the economy will be destroyed and all Lebanese people will be heading towards poverty and emigrating in mass.
The combination of these two dangerous diseases requires great and urgent need of treatment. It is a must that he is interned in a psychiatric clinic where he can receive help from mental health professionals. The past incidents that occurred between 1983 and 1988 will regularly be repeated and all the disturbances prove that He is a danger to Himself and the community.
The problem with medication is that He is forced to change drugs every couple of years, because with time they lose their efficiency. Hence, after the “Zoloft”, and “Largactil” he is now on “Leponex” (all serious Anti-depressor for Psychosis). The counter-indication for these drugs is that the eye pupil will get enlarged and starts shaking. If you are watching Him on TV, put the volume to MUTE and watch Him carefully.
He also takes six tablets of Xanax against delirium tremens. At this maximum dosage the Xanax can lead to troubles in thinking, depression, amnesia, black holes and Alzheimer. It is likely that He can lose equilibrium, fall and break an arm.
His past psychiatrist, Dr Assad Al Ramy describes Him as fearful, chicken and coward with low IQ. He never accepted to recognize that he has failed his exams at the Military School and begged Col. Sieed to be accepted. His dentist Dr. Merhi has also confirmed that He is “not normal”.
Why do his supporters accept to be abused by someone who is proven insane? HISTORY will surely give the right answer as it did in the past for all mentally ill leaders.
Examples of dangerous behaviors:
•The drugs He takes make him forget what he said or promised. As an example: when he met the Saudi Ambassador he told him “we always were friends with Saudi Arabia (sic)” while his partisans have never ceased – until this day – to systematically insult the “Hariri” and the “Wahhabi”.
•He is abiding to a foreign agenda that aims at reducing the Christian representation to one-third in return of His arrival as head of state. This is highly destructive for the future of the Christians in Lebanon.