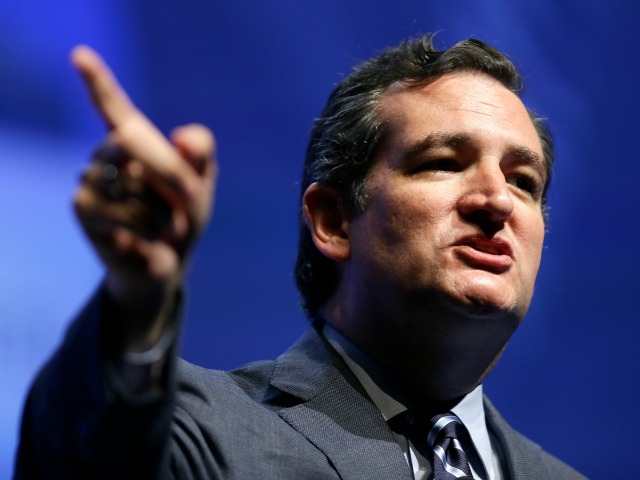 Sen. Ted Cruz (R., Texas) is headlining a conference on Wednesday funded by a controversial Clinton donor that will feature pro-Hezbollah and pro-Assad speakers in Washington, D.C.

The “In Defense of Christians” summit is a gathering of Middle Eastern Christian leaders that seeks to raise awareness about the threats to Arab minorities from ISIL.

However, critics fear several of the speakers will try to use the event to bolster Washington’s support for the Syrian regime in its ongoing civil war and help Bashar al-Assad restore his legitimacy and power.

The roster of speakers includes some of the Assad regime’s most vocal Christian supporters, as well as religious leaders allied with the Iranian-backed terrorist group Hezbollah.

“Some Members were unable to participate as originally scheduled,” the conference’s spokesperson Joseph Cella told the Washington Free Beacon. “Considering the number of speakers we have, this sort of thing happens.”

Funding for the conference was provided by Clinton donor and Lebanese-Nigerian billionaire Gilbert Chagoury, according to organizers. The wealthy businessman pledged $1 billion to the Clinton Global Initiative in 2009.

Maronite Patriarch Cardinal Bechara Raï, who was scheduled to speak during the same keynote slot as Cruz on Wednesday evening, has called Israel an “enemy state that is occupying Lebanese territory” and defended Hezbollah’s right to attack the Jewish state.

“Everyone says why is Hezbollah carrying arms?” said Rai in a 2011 interview with Al-Arabiya. “We responded that the international community did not exert pressure on Israel to withdraw from Lebanese territory. As long as there is an occupied Lebanese territory, Hezbollah will maintain that it wants to carry arms in defense of its land. What will we say to it then? Isn’t [Hezbollah] right?”

The Maronite leader said earlier this month that he would welcome a meeting with Hezbollah terror chief Hassan Nasrallah to discuss the Islamic State of Iraq and the Levant (ISIL or ISIS) threat against Christians.

“A dialogue committee already exists between [the Lebanon Maronite Church] and Hezbollah, and we are ready to hold any meeting in this respect,” said Rai.

Others at the summit have also aligned themselves with the Iranian-backed terrorist group. Syriac Orthodox Church Patriarch Moran Mor Ignatius Aphrem II posted photos from his meeting with a “high level delegation from Hezbollah” on his official Facebook page last week.

“It is actually a conspiracy planned by Zionism and some Christians with Zionist orientations, and it aims at undermining and giving a bad image of Islam,” Laham said in 2010, according to the Daily Star.

The Syrian patriarch has been the subject of controversy inside the Catholic Church. In a published message welcoming Pope Benedict XVI to Lebanon in 2012, he called on the Holy See to recognize the State of Palestine, causing what the Vatican Insider described as “a great embarrassment to Rome.” In 2013, a prominent French bishop accused Laham of being “an ally politically and financially” of Bashar al-Assad.

Younan said last May that Western nations were responsible for the instability in Syria, adding that the notion that the United States was promoting democracy “is a lie, this is hypocrisy.”

“Since the beginning, [Western nations] just stood against the regime, calling it a dictatorship, saying the dictatorship must fall,” said Younan. “Now it’s over 25 months, the conflict is getting worse, and the ones who are paying the price are the innocent people.”

A spokesperson for Cruz said the senator will still speak at the conference despite the controversial participants because he is committed to raising awareness about the persecution of Middle East Christians.

“Sen. Cruz is appearing at the In Defense of Christians event tonight because he wants to take every opportunity to highlight this crisis, the unspeakable persecution of Christians,” said Catherine Frazier. “America has been silent for far too long, and we need to speak with a united voice against this horror.  Sen. Cruz is speaking to make the unequivocal point that religious bigotry in all its forms–be it targeting Christians, Jews, or minority Muslim sects–is an evil that must be exposed and combatted.”

Lebanese Information Center president Joseph Gebeily, a Lebanese Christian who staunchly opposes Assad, said he was “shocked” by many of the invited speakers, but decided to attend the conference after he learned members of Congress would be present.

“I decided we should be present and not let the bad representatives of Middle East Christians hijack the true message of Christianity, which is basically democracy, tolerance, co-existence, inclusiveness,” said Gebeily.

“It wasn’t a very quick and easy decision, but since we were given this opportunity, I said let’s go and see and face those advocates of tyranny and crimes against humanity.”