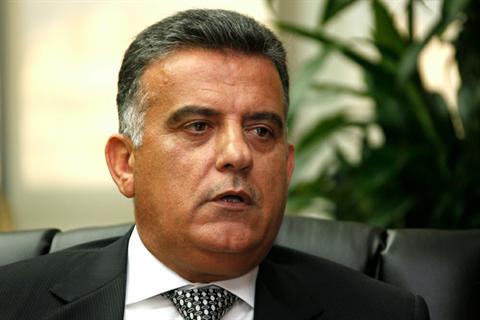 BEIRUT: Prime Minister Tammam Salam said Sunday he was encouraged by his talks with Qatar’s emir about the hostage crisis, but noted that the Qatari-sponsored negotiations with the militants holding Lebanese soldiers and policemen captive were still in an early stage.
Summing up the outcome of Salam’s talks with Qatari Emir Sheikh Tamim bin Hamid al-Thani and other senior officials, a source close to the prime minister told The Daily Star Sunday night: “The Qatari emir and other officials have promised to exert serious and intensive efforts to resolve the crisis over the kidnapped soldiers and policemen.”
Speaking at a news conference in Doha before returning to Beirut Sunday night, Salam, who headed a ministerial delegation to Doha, said he felt support for Lebanon from the Qatari emir over the hostage ordeal.
“We have heard encouraging words and supportive words for Lebanon during our meetings with the emir, the prime minister and other officials, to the extent that the emir was so excited that he expressed his desire to personally visit Lebanon,” Salam said.
Asked whether the mediation efforts to secure the release of the captured soldiers included swapping some Islamist detainees held in Roumieh Prison, as the militants have demanded, he said: “I can confirm that the ongoing negotiations are still at the beginning. We have not yet reached a stage where we could reveal any specific information about them.”
Salam said his one-day visit to Doha was designed mainly to seek Qatar’s assistance in the hostage crisis and to strengthen brotherly ties between the two countries.
On whether the Qatari leadership had given him a time limit to end the hostage crisis, Salam said: “What was discussed between me and the Qatari leadership is clear … a decision has been made to go ahead with ending this abnormal situation by all available means.”
He said details about ways to resolve the hostage crisis were left to people tasked with this mission, adding that General Security chief Maj. Gen. Abbas Ibrahim, who was also part of the delegation, had extended his one-day visit to Doha for further talks with the Qataris.
Salam stressed the need for secrecy to facilitate the negotiations aimed at freeing the 22 Lebanese soldiers and policemen still held hostage by ISIS and Nusra Front militants following last month’s fierce fighting between the Lebanese Army and the militants in the northeastern town of Arsal.
He said Turkey’s newly elected President Recep Tayyip Erdogan would visit Qatar very soon, and he hoped this visit would help bring the hostage ordeal to “a happy ending.”
Salam said he supported Lebanon’s participation in the global coalition against terrorism that was announced in the Saudi port city of Jeddah last week.
“ Lebanon is today targeted by terrorism and terrorists. Therefore, any effort agreed on to confront this challenge, Lebanon must support it and be at the forefront,” he said.
Qatar became involved in the hostage crisis two weeks ago, announcing it would be carrying out negotiations between the Lebanese state and the militant groups that kidnapped at least 30 soldiers and police officers during the Arsal clashes. The Qatari delegation has met with Nusra Front and ISIS commanders and prepared a list of demands to submit to the Lebanese government. The militants are demanding the release of Islamist prisoners held in Roumieh Prison in exchange for the captives.But the government has announced it will reject any swap deal, saying this would harm the state’s prestige and open the door to similar acts in the future.
For his part, MP Walid Jumblatt said the speedy trials of detained Islamists could help resolve the hostage crisis within days.
“The country’s security is more important than some technical judicial details,” he said, addressing Justice Minister Ashraf Rifi. “Quicken the trials, and let’s get rid of this nightmare.”
“Whatever the charges are, in such an exceptional situation, a special session could be prepared and the trials could be finished in three to four days,” he added, saying he had been told so by one of Lebanon’s top judges.
Speaking during a visit to the family of kidnapped soldier Sayf Debian in Mazraat al-Chouf, Jumblatt questioned why the trials had been stalled for so long. “The cases go back to the events of Dinnieh in 2000, and then to Nahr al-Bared’s incidents in 2007,” he said.
Meanwhile, the Nusra Front released a video showing two of their captive soldiers speaking to their families by phone and demanding the release of Roumieh prisoners. George Khoury and Ahmad Abbas were shown alongside two unnamed captives from the Lebanese security and military forces in a video posted by a Nusra-affiliated Twitter account.
The video kicked off with Khoury’s phone call to what seems to be his father, asking him about his trip back from Arsal’s outskirts after he and Khoury’s mother were allowed a visit to see their son.
Shortly afterward, Abbas was shown sobbing as he spoke to relatives over the phone, assuring them of his safety. Abbas called on his family to take to the streets and press for the release of detained Islamists in Roumieh Prison.