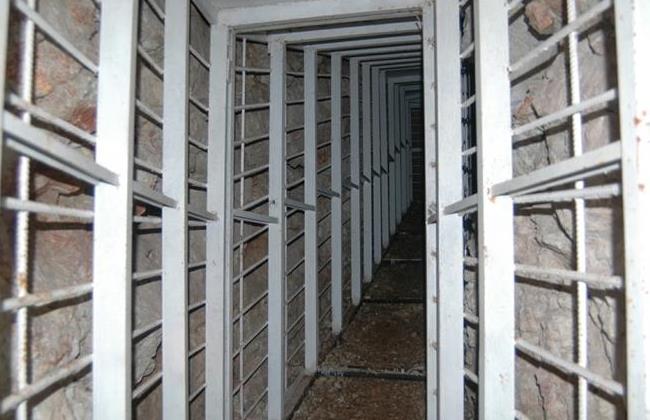 Has Hezbollah built tunnels under the border with Israel?
By: Nicholas Blanford| The Daily Star

September 15/14
BEIRUT: The recent war in Gaza and the discovery of the extent of Hamas’ underground infrastructure has raised concerns in Israel that Hezbollah may have dug tunnels under Lebanon’s southern border with Israel.
Even before the latest war on Gaza, the Israeli military reportedly undertook an operation this year to hunt for Hezbollah tunnels running beneath the United Nations-delineated Blue Line, spending $8.5 million so far on the search. According to Israeli media reports, the Israeli army has yet to find any tunnels, although it is unclear whether it would publicize any discoveries.
Speculation over the possibility of cross-border tunnels being dug by Hezbollah has surfaced periodically since the monthlong war in summer 2006 when Hezbollah’s extensive network of tunnels and bunkers in the southern border district was revealed. Some of those bunkers were built just meters from the border, such as the system at Labboune near Naqoura. That bunker network was 40 meters deep and included sleeping quarters, bathrooms with hot and cold running water, kitchen, medical facilities, operations rooms and ammunition storage facilities.
The bunker, which was discovered and dynamited by Israeli troops, lay just 100 meters from, and within full view of, a U.N. Interim Force in Lebanon observation post, as well as a nearby Israeli military position. Neither the Israelis nor UNIFIL had any idea the bunker existed until Israeli troops stumbled across it at the end of the war.
If Hezbollah was able to build such a facility at Labboune (and dozens more throughout south Lebanon) without being spotted, it is certainly possible that the party’s engineers could have burrowed under the border.
If any tunnels have been constructed it is more likely that they were built in the period between 2000 when Israel withdrew from south Lebanon and the outbreak of war in July 2006.
During those six years, Hezbollah established a number of security pockets across the south that were off-limits to the general public. Some of those security pockets were in remote wooded areas adjacent to the border, allowing Hezbollah to construct its underground facilities without being disturbed. It is possible that Hezbollah dug some tunnels into Israel during that period, which have since been lying dormant.
Following the 2006 war, Hezbollah was forced to vacate its security pockets as Lebanese troops and an enlarged UNIFIL deployed into the area. UNIFIL’s expanded presence in the south grants Hezbollah less latitude to engage in covert construction activities, especially cross-border tunnels. Any building activity in the past eight years along the border in the open would likely attract UNIFIL’s attention.
An alternative is to hide the digging by operating from a house close to the border. But there are few locations where houses lie conveniently close to the border. Even the nearest houses to the border in villages like Aitta Shaab, Mais al-Jabal and Yaroun are a good 200 to 300 meters from the boundary.
The only two villages with buildings directly adjacent to the border are Adaisseh and Kfar Kila. Digging tunnels of more than 300 meters is not an impossibility for Hezbollah, but it would be a laborious task. The Gazan tunnelers work in compacted sand, which allows them to dig tunnels relatively quickly. Hezbollah, however, has to contend with a bedrock of limestone, which requires pneumatic drills and sometimes dynamite.
If Hezbollah has dug tunnels under the border, to what purpose will they put them? The obvious answer is covert insertions into Israel at a time of war.
The three-meter high Israeli security fence that runs along the border carries motion sensors and cameras to thwart infiltration attempts.
The system has not always been successful. In January 2001, an enterprising Lebanese jumped over the fence with the aid of a trampoline in an attempt to find work in Israel.
In March 2003, Hezbollah dispatched two Palestinian Islamic Jihad volunteers across the border where they staged a roadside ambush near the Metsuva in western Galilee, killing six Israelis before they were gunned down. Hezbollah built a specially adapted ladder for the operation, which allowed the two Palestinians to cross the fence without tripping the motion sensors.
Since 2006, Hezbollah has hinted that in the event of another war with Israel, the party’s cadres could be dispatched across the border to conduct raids and sabotage missions. In such an event, tunnels could provide the best means of sending relatively large numbers of Hezbollah fighters into Israel undetected.
A second possible use for the tunnels is to dig them beneath Israeli army border positions, pack them with explosives and blow them up. Palestinian militants used this tactic in Gaza in December 2004 to destroy an Israeli military outpost.
In 2007, the Jerusalem Post reported that the previous year during the war, an Israeli television crew had overheard a wounded soldier telling an officer that a Hezbollah tunnel detected north of the border had run south to beneath an Israeli outpost.
It is unclear how thorough the Israelis have been in their search for potential Hezbollah cross-border tunnels, or what methods they have used.
The Israeli military currently uses buried fiber-optic cables to detect underground digging activity but not the existence of tunnels themselves. Other techniques include Ground-Penetrating Radars, which map the sub-surface terrain. The limestone bedrock in the border area is conducive to providing good GPR results, but image quality drops the deeper the radar waves penetrate. Other systems include seismic waves or electrical resistivity tomography.
If Hezbollah has dug tunnels, it might have taken advantage of topography along the border to avoid detection. For example, in areas where the border follows a hill top or ridge, Hezbollah’s engineers could have begun their tunnel on the valley floor on the Lebanese side and simply burrowed horizontally through the hill, passing 100 meters or more beneath the border fence before emerging the other side in Israel.

Northern Command says Shiite terror group threatening to send forces across the border in first few days of a third Lebanon war. Hezbollah may implement its plan to invade northern Israel if a third Lebanon war breaks out, according to an estimate by the IDF Northern Command. Sources in Israel have identified a change in the Shiite terror group’s policies, which Hezbollah leader Hassan Nasrallah has defined as “breaking the silence.” There was no concrete warning of an immediate threat by Hezbollah to launch a war against Israel or a surprise ground invasion, but the concern that a single event – with casualties – may flare up and lead, in quick succession, to the outbreak of war on the northern front. The IDF believes that Nasrallah’s declarations regarding an attempt to conquer the Galilee are far from credible; there is a growing concern that in the first few days of a war on the north, Hezbollah will deploy several companies to quickly raid Israeli communities located mere meters from the border – with each company staffed by 100 to 200 fighters from the group’s special forces. According to the IDF estimates, Hezbollah has gathered the confidence necessary to attempt an invasion operation – as it managed with force on the border towns between Syrian and Lebanon, in al-Qusayr, Arsal, and the Qalamoun Mountains.
As opposed to its previous modus operandi, in which pointed attacks were carried out by small cells numbering less than a dozen people, the new estimates fear that operations would be wide-ranging and include a blitz by at least 100 fighters in order to hold an Israeli position for three to four hours. The possibilities include the seizure of part of a town, a mountain ridge, or an IDF outpost – all in order to achieve an unprecedented symbolic victory for Hezbollah.  Such an attack, according to Hezbollah publications in recent months, could occur simultaneously in four positions along the border with Israel. The western-most incursion would invade through the sea with a special naval commando force. The possible attack would include anti-tank fire on IDF forces in the area and suppressive fire from machine guns – to be preempted by a heavy barrage of large short-range rockets held by Hezbollah.  These rockets, which are not of the standard variety, carry warheads with 100 to 500 kilograms of explosives. The Syrian military has used these rockets during its ongoing civil war to demolish neighborhoods. The major benefits of their rockets are their massive destructive power and the difficulty for Israel in intercepting them. The “breaking the silence” policy which Hezbollah has adopted in the past year, after seven years of relative calm on the border, mostly addressed Hezbollah’s operational response to Israeli Air Force strikes. These retaliatory operations included – in the past year – five attacks; in one incident two explosive devices, weighing 20 kilograms each, were activated against IDF forces.