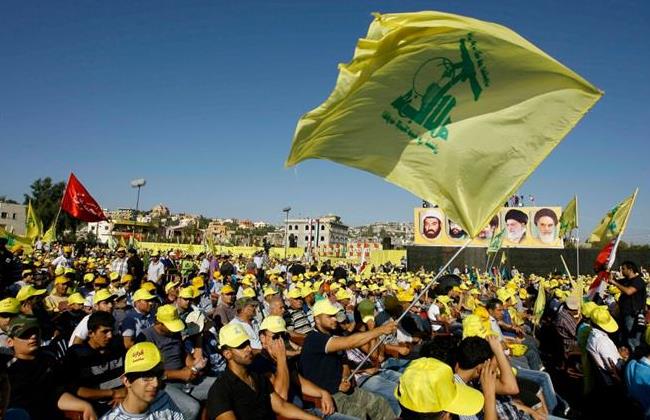 Iran’s Foreign Minister Mohammad Javad Zarif recently accused the United States of not taking seriously the threat from the Islamic State of Iraq and Syria. “There is still no serious understanding about the threat and they [the United States] have as yet taken no serious action,” Zarif said, Iran’s Mehr news agency reported.
In addition, Washington has not invited Tehran to join the core coalition – comprising Australia, Britain, Canada, Denmark, France, Germany, Italy, Poland, Turkey and the United States – aimed at defeating ISIS. Washington and Tehran share a common objective in Iraq: defeating the group and empowering the central government in Baghdad.
“Tehran’s involvement, and that of its proxy Hezbollah, in the Syrian conflict ratcheted up sectarianism”
Instead of pointing fingers and having Iran attempt to hide its underlying strategic and geopolitical intentions, it would be more effective if both governments examine their recent regional activities. They should observe how they are the major contributors in growing ISIS into a monster, and how its rise still serves Tehran’s regional interests.
Iran and ISIS
Iran’s support for President Bashar al-Assad has been instrumental in keeping the Alawites in power in Syria. However, this assistance also caused the uprising to spiral into a full-fledged sectarian civil war. In other words, the Iranian and Syrian governments’ use of brute force further radicalized and militarized the conflict.
Tehran’s involvement, and that of its proxy Hezbollah, in the Syrian conflict ratcheted up sectarianism as well, pitting Sunnis, Shiites and Alawites against each other. This enabled al-Qaeda affiliates and groups such as ISIS to develop, organize, recruit and coordinate more efficiently.
From the start, Iran’s line has been that Assad was attacked by terrorists and radical Sunni Islamist groups. Damascus employed the same argument to legitimize its use of force and prevent foreign intervention.
The Syrian government, with help from Iranian advisors, released several ISIS members and Salafists from prison in late 2011 and early 2012, in order to strengthen the argument that Assad was a target of radicals and terrorists rather than a popular uprising. ISIS recruitment significantly intensified during this time.
From the start, the rise of such radical groups served the interests of Tehran and Damascus. Both succeeded in sending the West, particularly the United States, a robust message that there is no alternative to Assad, and that any foreign military intervention would exacerbate the conflict.
The elite Quds Forces, a branch of Iran’s Revolutionary Guard Corps, has gained significant power in Iraq and Syria since the rise of ISIS. Tehran no longer sees a need to hide the involvement of its troops in these countries. The growing role of the IRGC and Quds Forces is being justified by Iran’s claim that it is fighting ISIS. Washington sees no other option than to turn a blind eye to the increasing role of Iranian troops.
Exploiting the rise of ISIS
Tehran and the IRGC have been carrying out effective foreign policies to serve their own interests since the rise of ISIS. Firstly, Iran has managed to project itself as pivotal in defeating ISIS. Secondly, the security threat posed by the group has shifted attention from Tehran’s nuclear program.
The strategic catastrophe of invading Iraq in 2003 gave birth to al-Qaeda affiliates and other radical groups such as ISIS. The post-invasion instability and involvement of U.S. troops in Iraq provided a suitable environment and excuse for such groups to grow and recruit to fight what they call American imperialism and occupation.
Iran’s support for the Shiite-dominated Iraqi government gave ISIS the tools to exploit the growing disaffection of Iraqi Sunnis, who were left out of the political process. Without Iranian support for its close ally Syria, as well as U.S. involvement in Iraq, it is hard to imagine that ISIS would have found the right landscape in Syria (and later Iraq) to become a monster and a powerful non-state actor.