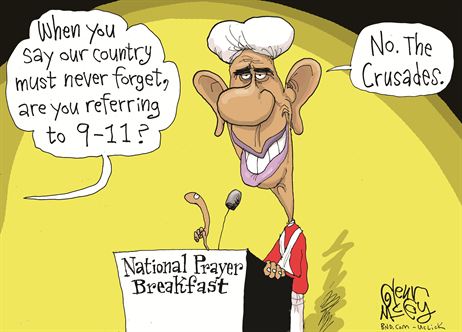 Late on the evening of May 8, Newsmax TV announced that pressure from Americans acquainted with Sister Diana Momeka’s visa rejection has just caused the State Department to reverse its decision and permit her entry into the United States. Until then, however, she and others were barred

After inviting a number of foreign religious leaders, mostly Muslim, the U.S. State Department, for the second time in a row, denied the sole Christian representative a visa — despite (or perhaps because of) the fact that Christians are the ones being persecuted by Muslims.

Sister Diana, an influential Iraqi Christian leader and spokeswoman who was scheduled to visit the U.S. to advocate for persecuted Christians in the Mideast, earlier this month was denied a visa by the U.S. State Department, even though she had visited the U.S. before, most recently in 2012.

Sister Diana was to be one of a delegation of religious leaders from Iraq — including Shia and Yazidi — to visit Washington, D.C., to describe the situation of their people. Every single religious leader from this delegation was granted a visa — except for the only Christian representative, Sister Diana.

Similarly, in March 2014, after the United States Institute for Peace (USIP) brought together the governors of Nigeria’s mostly Muslim northern states for a conference in the U.S., the State Department had also blocked the visa of the region’s only Christian governor, Jonah David Jang, an ordained minister, citing “administrative” problems. The USIP confirmed that all 19 northern governors were invited, but the organization did not respond to requests for comments on why they would hold talks without the region’s only Christian governor.

According to Emmanuel Ogebe, a Nigerian human rights lawyer based in Washington D.C., the Christian governor’s “visa problems” are due to anti-Christian bias in the U.S. government:

The U.S. insists that Muslims are the primary victims of Boko Haram. It also claims that Christians discriminate against Muslims in Plateau, which is one of the few Christian majority states in the north. After the [Christian governor] told them [U.S. authorities] that they were ignoring the 12 Shariah states who (sic) institutionalized persecution … he suddenly developed visa problems. … The question remains — why is the U.S. downplaying or denying the attacks against Christians?

Regarding Sister Diana, determined Christian and human rights activists in the U.S. called on the State Department to reverse its decision. According to Johnnie Moore, an activist who met her in Iraq: “Sister Momeka is a gift to the world and a humanitarian whose work reminded me — when I met her in Iraq — of Mother Teresa. It is incomprehensible to me that the State Department would not be inviting Momeka on an official visit to the United States, as opposed to barring her from entry.”

Chris Seiple, President of the Institute for Global Engagement, wrote in a post, “In the same week that the State Dept says it will take the engagement of religious leaders seriously (as announced in its quadrennial review two days ago), it refuses a visa to a persecuted Christian nun who has fled ISIS, Sister Diana.”

Similarly, discussing the nun’s visa denial, former House Speaker Newt Gingrich said: “This is an administration which never seems to find a good enough excuse to help Christians, but always finds an excuse to apologize for terrorists … I hope that as it gets attention that Secretary [of State John] Kerry will reverse it. If he doesn’t, Congress has to investigate, and the person who made this decision ought to be fired.”

In an interview on Newsmax TV with host J.D. Hayworth, Johnnie Moore credited Newsmax TV viewers with helping to put enormous pressure on the Obama administration to allow Sister Diana Momeka to come to Washington to talk about the persecution of Christians in her war-torn nation: “It worked — people raised their voices. They wrote their congressmen and senators, they put pressure on everybody, everywhere. … She has been approved. … It’s exhibit A of what happens when people in this country start raising their voices.”

But Ogebe’s question remains: Why is the U.S. downplaying or denying attacks against Christians?