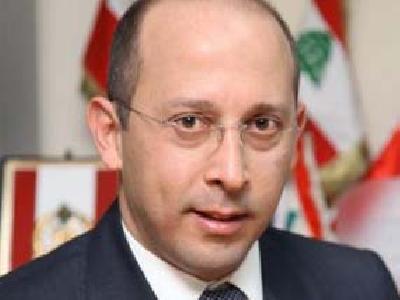 Dear, MP, Alain Aoun, Hezbollah’s closet ally and supporter; despite my 100% full opposition to all your political affiliations, choices, thinking and practice, I would like personally and with no hesitation what so ever, to commend you loudly on a very well done striptease task in Canada.

Quietly and smartly you were able to expose all the 14Th of March Lebanese Parties and show their political actual naivety, ostentation and ignorance. You fully succeeded and without any effort in unveiling their real personal agendas and priorities that have nothing to do specifically with Sheik Bachir Gyemaly’s Convictions of resistance. You easily stripteased  their derailment from the ABC’s of Lebanon’s independence, sovereignty and freedom.

You proved clearly that their priorities are mere vocal bragging,  boasting, empty slogans, attending social events etc. And most importantly you practically proved that they have no clue about the Canadian anti Terrorism Act, or about the parliamentary on going proposed changed on this act (Bill C51), or about the seriousness and requirements of the  global war on terrorism.

Bravo Alain, you did a great striptease job.

Hezbollah is a terrorist, as well as those who are allied with it
Micheal Aoun’s party, The Free Patriotic Movement, (FPM) is an ally and supporter of the terrorist Hezbollah. Accordingly he who deals with this party in Lebanon or Diaspora in any form or at any level is a terrorist too. In this realm the March 14th parties in Diaspora are committing a sin in receiving MP, Alain Aoun in Canada and are playing a very dangerous and stupid game.