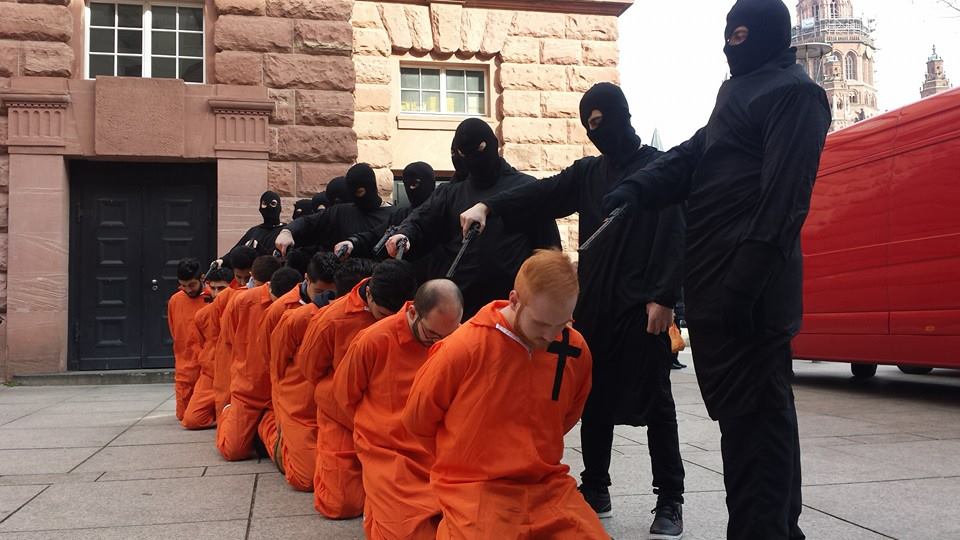 AINA News
Assyrians Hold Demonstrations As ISIS Continues Attacks on Assyrians
Posted 2015-03-09
Assyrians in Mainz, Germany demonstrate in support of Assyrians in Syria.
(AINA) — ISIS launched a second series of attacks on Assyrian villages on the Khabur river in Hasaka, Syria. In Iraq ISIS destroyed a third Assyrian archaeological site, the city of Khorsabad, more than 2700 years old. This comes on the heels of ISIS destroying the city of Nimrud, the Museum of Mosul, and the walls of the city of Nineveh. In Syria, ISIS is still holding over 300 Assyrians who were captured in the first attacks on the Assyrian villages, which occurred on February 23.

Assyrians held demonstrations in cities around the world over the weekend to call attention to the desperate situation of the Assyrians in Syria and Iraq.

Demonstrations were held in the following cities:

The majority of the Assyrians were captured from Tel Shamiran, Tel Hurmiz, Tel Goran and Tel Jazira (AINA 2015-02-26).

See attacks on Assyrians in Syria for more information.

Photos of the Demonstrations