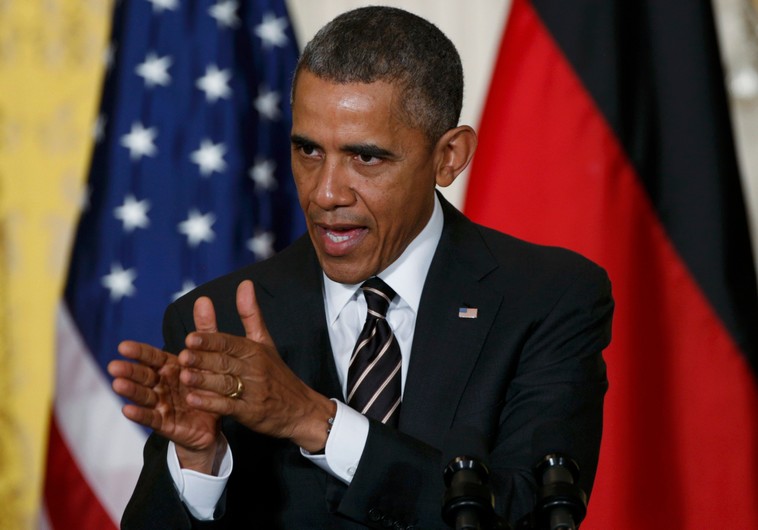 Growing concerns are accompanied by scattered coordination to the rhythm of nuclear negotiations between the United States and Iran in the P5+1 framework, with a crucial deadline set to arrive on March 24. But whether the negotiations fail or succeed, they have already shaken historic and strategic relations between the United States and its friends – beginning with when secrecy had been unveiled from some of their particulars, and now as the talks enter the stage of grand concessions.

An immediate military confrontation in the event of failure is unlikely and unnecessary. It would be much more prudent at this time in the confrontation with Iran to tighten economic sanctions against Tehran, curb its military capabilities, and rein in its regional ambitions, with Iranian tentacles now extending all the way to Iraq, Syria, Yemen, and Lebanon. Indeed, the failure of nuclear negotiations is more costly for the ruling clique in Tehran, who are in dire need for the economic sanctions – in particular U.S. sanctions – to be lifted, so that they can press ahead with their regional strategies.

In the American mind in general, Iran has become a necessary partner for the United States in the bid to eliminate the new number one enemy

Yet failure will be politically costly for President Obama as well, whose legacy is now linked to securing a nuclear deal with Tehran. However, if the nuclear negotiations culminate with the international community recognizing Iran’s right to keep its nuclear capabilities that give it the ability to build nuclear weapons with “suspended implementation” then this will be in the interests of the nuclear industry, because a nuclear race will definitely follow in the wake of that outcome. Equally, if not more so, it will benefit the mullahs in Tehran, regardless of whether they are moderates or hardliners.
Biggest winner

The biggest winner in that case will certainly be the Revolutionary Guards and the Qods Force, led by Qassem Soleimani, as they escalate battles in the Arab countries to consolidate regional Iranian power – at times in the name of fighting Takfiris and ISIS, and at others in the name of securing Iran’s strategic depth in Iraq, Syria, Lebanon, and Yemen.

Israel is riled up in light of the information it has, indicating that the United States is on the verge of making massive concessions to Iran in what Israel believes is a “bad deal,” with corresponding repercussions for Israel and the entire Middle East.

Some Arab countries are concerned because Washington ignored all their attempts to have access to information regarding the progression of nuclear talks with Iran. In effect, Washington deliberately misled friendly countries like Saudi Arabia, when it kept them in the dark concerning the secret negotiations that took place in their backyard, for example in Oman.

Turkey is studying its options, which are confined between reining in its pride as a result of Iran acquiring nuclear capabilities after the other Islamic nuclear nation Pakistan, and reining in its alliances as a result of adopting the Muslim Brotherhood line, which has caused it animus with Egypt and tension with Gulf nations such as Saudi Arabia and the UAE.
Mobilizing Arab leader

As for ISIS, this group that has played the most important role by mobilizing Arab leaders into an alliance against it, it is now an absolute priority that diverts attention away from scrutinizing and analyzing the U.S.-Iranian dimension, the nuclear negotiations, and the repercussions involved.

In the American mind in general, Iran has become a necessary partner for the United States in the bid to eliminate the new number one enemy. There are no qualms about the Iranian Revolutionary Guard infiltrating deep into Iraq or Syria, as long as this helps crush the monster named ISIS. The Americans in general became loath to and distrustful of Sunnis because of the 9/11 attacks, and the rise of ISIS in the past few years has only reinforced this and deepened U.S. enmity towards Sunnis, who have been portrayed thanks to ISIS in the media as being extraordinarily bloody tyrants.

A few months ago, a group of American retired military officers and republican figures opposed to President Obama’s bid to appease Iran tried to highlight the Iranian role against U.S. citizens. They indicated that Iran was behind attacks that killed large numbers of Americans in Lebanon, Khobar, the Iraq war, and other terrorist attacks reported to have been sponsored by Iran. This group appeared on U.S. media outlets to explain to the American public the history of American-Iranian relations, to correct the impression that the only absolute enemy are Arab Sunnis.

Forgotten hostages
Americans seem to have forgotten their hostages who were held for 444 days in Tehran when the Iranian revolution seized power in 1979 and brought mullahs to rule the country in a theocracy that was new to the Middle East. Today the American elite, especially in the media and policy-making circles, are focusing their efforts on supporting the deal with Iran by any means. They are ignoring Iran’s role in the Arab countries and Iran’s regional ambitions. Even though not long ago the Americans were in favor of preventing Iraq from acquiring any nuclear capabilities, even if they are only in the minds of scientists, at any cost, they today speak the language of the inevitability of admitting that Iran has become a nuclear state and that this cannot be stopped.

President Obama is wagering in his engagement with Iran on the desire of the American majority to not become involved in new wars and its willingness for a historical reconciliation with Iran after more than 35 years of estrangement. For this reason, Obama focused solely on nuclear talks, and turned a blind eye to Iranian incursions in Iraq, Syria, Yemen, and Lebanon. Obama entered into a diplomatic and political confrontation with Israeli Prime Minister Benjamin Netanyahu including in the heart of the U.S. establishment on Capitol Hill, in a precedent that will certainly have many repercussions.

The majority of American public opinion does not accept for Israel to implicate the United States in military operations against Iran. This segment of the public opinion does not trust Benjamin Netanyahu nor his ability to engage in a military confrontation unilaterally against Iran. For this reason, this segment is opposed to Netanyahu’s positions on the nuclear talks, and has protested against his attempts to incite the Republican-dominated Congress to rebel against the Democratic president.

This segment of the U.S. public opinion wants to normalize relations with Iran. It believes the nuclear deal will restrict Iran’s nuclear capabilities while the failure to reach a deal will allow Iran to acquire nuclear weapons in the absence of oversight. Naturally, this segment shares the U.S. president’s inclination to bury his head in the sands in relation to the Iranian role in the Syrian war alongside the regime in Syria (which Obama had called upon to step down), or in Yemen alongside the Houthis, who toppled the legitimate government and the U.S. partner in the war on al-Qaeda there.
Benjamin Netanyahu speaks

What Benjamin Netanyahu did when he addressed Congress this week is that he challenged Barack Obama to stop ignoring Iranian regional ambitions and excluding them from the imminent deal with Iran. He challenged him to tell the U.S. public about the true meaning of Iranian incursions in four Arab countries and Iranian domination over Arab capitals, including some that are on the border with Israel, instead of neglecting this important strategic issue in the future of the Middle East. He also challenged him over the nuclear dimension of the deal, which he said only “postpones” Iranian acquisition of nuclear weapons by a few years while giving Iran access to funds that are necessary to develop such weapons.

Benjamin Netanyahu’s challenge irked Barack Obama. Netanyahu’s strategy was bold in the view of some, and audacious in the view of others, as he sought to expose the U.S. president before Congress and the American public. What no others, Arabs or Americans, dared do, Netanyahu daringly undertook, risking his political future on the eve of Israeli elections. Netanyahu dared to evoke Iranian regional ambitions in the context of American-Iranian nuclear talks, even as Obama sought to separate the two issues completely, ignoring the appeals by friendly and allied Arab countries to do otherwise.

The strategic alliance between the United States and Israel is not going to collapse as a result of the collapse of cordiality between Barack Obama and Benjamin Netanyahu. The Palestinian issue is also not related to this confrontation, because the U.S. president has since refrained from promoting what he had brought to the White House in terms of ideas for the resolution of the Palestinian-Israeli conflict.

The U.S. president is able to keep the nuclear deal with Iran away from the fangs of the Republican-dominated Congress, and is able to sign a deal without the need for Congressional approval. He also has the right to veto any new sanctions proposed by Congress.

But what Obama cannot do is give Iran exactly what it wants, namely, completely lifting the sanctions imposed by Congress. This is not in the hands of the U.S. president, especially given as he is at odds with the Republican Congress. Meanwhile, Tehran does not want to content itself with an agreement with a president who will be in the White House for only two years. What Tehran wants is indeed in the Congress’ hands. This is one of the points that poses a threat to a potential deal.

The general climate suggests the negotiations are going in the direction of a deal. However, it is still premature to say for certain that a deal will happen. At any rate, the U.S. administration has been promoting a deal. The visit by U.S. Secretary of State John Kerry to Saudi Arabia and his meeting with GCC ministers can be seen to be in this context.
Reassurances

Kerry brought with him reassurances, telling the Gulf nations that the deal would not allow Iran to acquire nuclear weapons and will not mean the U.S. blesses the Iranian role in Yemen, Iraq, Syria, and Lebanon – though it is unlikely any of his counterparts believe him. Kerry brought a U.S. pledge to Gulf ministers to continue to confront Iranian expansion in the region, but the ministers must have winked at each other when they heard him say “continue to confront” Iranian expansion. In other words, what Kerry brought to Riyadh was a bit too late if the intention was to reassure Saudi Arabia.

Perhaps Kerry’s visit was meant to notify Gulf leaders that Obama is determined to sign this deal with Iran and wants them to accept the fait accompli. Or perhaps the goal was to agree on a strategy should the negotiations succeed and on another should they fail.

The Gulf nations realize that the U.S.-Iranian deal will not be exclusively nuclear, but will perpetuate the policy of turning a blind eye to Iranian regional policies and ambitions that the Obama administration has adopted. This will embolden the Iranians to expand further and seek to dominate the Arab region, through Iraq, Syria, Yemen, Lebanon, and elsewhere.

These countries realize, as does the United States, that such a development would further restrict them unless they adopt unconventional strategies including nuclear ones. However, this would benefit the nuclear industry and drain the resources of the Arab region, because money will be diverted – once again – to weapons instead of development and modernization in the Arab world.