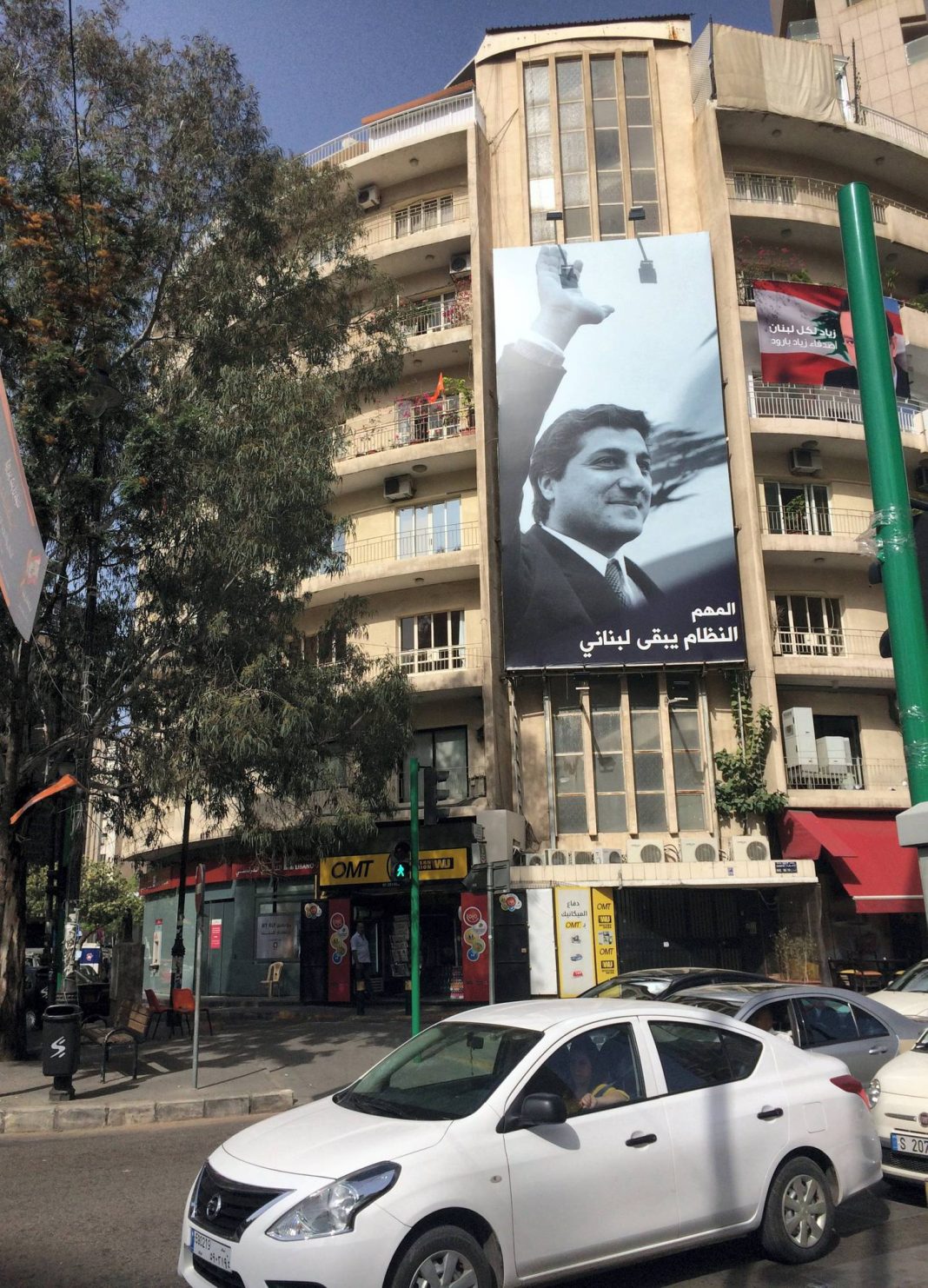 Akram Nehme flicks through his phone and stops at CCTV footage from the previous night showing four people stealing a motorbike in Achrafieh, a largely Christian and relatively wealthy neighbourhood of east Beirut.

Mr Nehme heads a local organisation called Achrafieh 2020, an NGO funding a neighbourhood watch scheme to monitor an apparent increase in crime in the area — a symptom of Lebanon’s economic freefall.

Patrolling Achrafieh with torches and batons, the watchmen illuminate Beirut’s streets, often dark and lacking electricity, not far from Charles Malek avenue, built on a civil war fault line, which cuts the capital’s west side from its east. Achrafieh’s 120 new “guardian angels”, recruited locally, work split shifts from 6pm to 6am.

The NGO, funded by residents and the Lebanese diaspora, has contracted a security company to train the watchmen, who are divided into teams of six to eight people under the supervision of a security company employee. “We consider ourselves privileged to live in a nice area,” said Mr Nehme, the chairman of Achrafieh 2020. “Since 2018, the state is on the verge of collapse — Covid, the [2020 Beirut port] explosion, the economic situation.” The organisation describes itself as an apolitical, transparent body that seeks to transform Achrafieh into a better place to live — through cultural, ecological or humanitarian means.

Organisers say the scheme is merely filling a gap left by Lebanon’s underfunded and overstretched police force. They reject suggestions that the initiative shares any similarities with militia-operated patrols and checkpoints that were common during the 1975-1990 Lebanese Civil War, which killed about 120,000 people and wrecked the city. During the war, militias from their respective neighbourhoods and communities patrolled their own areas under the pretext of security. “People are not feeling safe. Our initiative was a response to citizen’s requests,” Mr Nehme said. The initiative is backed by the founder of Achrafieh 2020 and East Beirut MP Nadim Gemayel, who is a member of the Kataeb Party.

He says in the past couple of years, the community has become more vocal about the sense of insecurity in the area. One way was to increase the lighting in the city — not an easy task in a country with barely any state electricity on any given day. “In parallel, we decided to tackle the fact that there are a lot of robberies in the region, not just in Achrafieh,” Mr Gemayel said near the top of the Saint Nicholas stairs that lead up to the Sursock neighbourhood of Achrafieh. “We decided to tackle it very simply by being complementary to the police, being an additional layer to the police. It’s not at all a replacement measure.”Achrafieh’s western tip straddles the old Green Line that effectively divided Beirut during the war. Few surnames are more synonymous with the Civil War and Lebanon’s Christian Maronite community than that of Gemayel.

Bachir Gemayel, Nadim’s father, was a highly influential militia leader who commanded the military wing of the largely Christian Kataeb political party. To his supporters, he is revered and adored — a protector of the community whose face still plasters the walls of Achrafieh. But to his detractors, the Kataeb are synonymous with the massacres of Palestinian and Lebanese Muslims during the conflict. A huge banner shows Lebanon’s late president elect Bachir Gemayel, father of Nadim Gemayel, in Beirut’s Sassine Square. He was assassinated in September 1982. Arthur MacMillan / The National

Nadim Gemayel was only months old when his father was assassinated in 1982, weeks after being elected president, but before he could take office. He strongly rejects any idea that the neighbourhood-watch scheme reflects a return to the past. “It’s not at all similar to the Civil War,” he said. “First, we are not in a civil war. We’re not in a war situation. Second, we are in complete co-ordination with the police, the Mukhabarat and all the necessary authorities that are needed to do our activity. “We’re not here to replace them. We are here only to create the first layer of contact prior to them intervening. So if they need 10 minutes to intervene, we’re here to fill in the gaps of the 10 minutes. So it’s not at all personal militia or a replacement of the state.” Organisers insist that the watchmen have no powers to ask for people’s documents or what their names are. They are simply there to “monitor the neighbourhood” and notify the police, Mr Nehme says.“Unless they catch somebody obviously committing a crime, the only thing they can do is hold him — not beat him — call the police and give them to the police,” he says, adding that the batons are for self defence.

All of those recruited are from Achrafieh.
When asked if he could see why, for some, that could generate controversy, Mr Gemayel says: “Where do you want me to recruit them from? Does Hezbollah recruit from Achrafieh?” The Iran-backed political party and armed group is highly influential in Lebanon and is frequently criticised by Mr Gemayel’s Kataeb Party and its allies. “We cannot recruit from outside because we’re not paying transport fees,” he adds. And while Mr Gemayel is vocally supportive of the initiative, he says his party is not funding it and the scheme is unrelated to politics. Instead, he says it has even received the support of local MP Nicolas Sehnaoui from the rival Free Patriotic Movement, a party that is politically allied with Hezbollah.

A short while later, The National caught up with Mr Sehnaoui as he entered an Achrafieh restaurant. “I think the government is in meltdown mode because of the economic crisis. And there is a void, a very big void in most of the country, but especially in the Beirut 1 district,” he says. “So when there is such a big void, of course people look for solutions to protect themselves, protect their mothers, their children at night. I think if it’s done in a very professional manner, away from sectarian politics, security agendas, [and it’s] just a neighbourhood watch, it could be very useful,” Mr Sehnaoui, a former telecommunications minister, added. Pressed on any similarities to the times of the past, he said: “Look, it depends on the way it is done. If it is done in a sectarian approach or in a political agenda, it can evolve to this. “If it is done in a neighbourhood, positive and clean state of mind, it cannot evolve to this. So the answer is in the practice. If it’s practised correctly, it’s very good and it’s completely away from politics.” For now, the scheme is in its soft roll-out phase and the organisers are seeking feedback. “We’re addressing a major problem that is happening in all of Lebanon. We’re tackling it in the best and most ethical way. I repeat and insist on this point — we’re not here to control freedom of movement, not at all,” Mr Gemayel said. Organisers insist there is a zero-tolerance policy — any watchmen abusing their powers will automatically be fired.“Achrafieh shall always remain the beating heart of Beirut and a model of culture, beauty and joy of life,” Mr Nehme said.“We were born in Achrafieh, we have lived in Achrafieh and we will die in Achrafieh.”