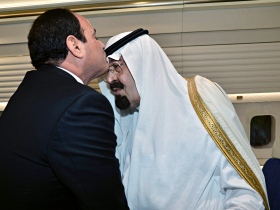 Under the beautiful clear blue skies of Tel Aviv, where thousands of Israelis are basking in the sun in bustling cafes, one can easily forget that political, social and economic clouds are gathering. Reflecting on 2014 paints quite a grim picture. This past year marks another failure of diplomatic attempts to bring peace between Israel and the Palestinians. This attempt was followed by 50 days of war in Gaza, which left thousands of people, mainly innocent, killed, and was accompanied by widespread devastation. The Israeli economy, which seemed immune to the ills of the global economy, is dangerously slowing down and turning into one of the most uneven in the developed world in terms of wealth distribution. The collapse of the third Netanyahu government towards the end of the year, after only just 20 months, was further evidence of Israeli political fragmentation, let alone of a political system which has become almost ungovernable. Moreover, the ongoing instability in the neighboring countries presents severe challenges for the Jewish state. On the eve of a new year, it remains to be answered whether the next year spells doom and gloom. Or is there a faint hope that things may change for the better?

“The failure to form a coherent government results in an inability to take any courageous steps in the negotiations for peace with the Palestinians”
Yossi Mekelberg
Contemporary Israel is full of paradoxes which makes any forecast a puzzling task. Most Israelis understand the need for a peaceful end to the conflict with the Palestinians, yet continue to vote for parties which do exactly the opposite. It is more affluent than ever, but there are also more people living in poverty than ever, including one-third of its children. It is a country which prides itself on its democratic structures and traditions, but discriminates against minorities and its people are rather stoic about the widespread corruption. The list of paradoxes is a long one and not surprisingly it confuses most observers of the Israeli society. It is unlikely that the forthcoming elections in March will bring any magic cure to the ills of Israeli society. Once again the voters are presented with a choice from a lengthy list of parties, which pledge undeliverable promises on a wide range of issues. The voters in return will most likely deliver a fragmented legislature and consequently another coalition government with parties that have very little in common. Worse, these parties see the interest of the country through their very narrow prism, even when they serve in government. Hence, Israel is likely to endure another government, which cannot and does not want to take any far reaching decisions necessary for a change of direction.

No courageous steps
First and foremost, the failure to form a coherent government results in an inability to take any courageous steps in the negotiations for peace with the Palestinians. Successive governments prevailed only by perceiving security almost solely through the prism of using military power, and caving into settlers’ demands. Consequently, political, economic and social priorities are distorted within Israeli society. The collapse of the peace process, together with the Israeli incapacity to understand the potential in the Palestinian reconciliation government and the conflict in the summer in Gaza, represented the narrow minded security paradigm that the Israeli decision making system is operating within. Tragically they all represent a complete lack of sophistication, short-sightedness and intellectual inflexibility within the Israeli government. If Netanyahu is to form the next government, he might do it without the more moderate elements of Tzipi Livni and Yair Lapid. He might opt, for stability’s sake, for a coalition with the more extreme right and the ultra-orthodox parties. This will leave any prospect for peace unfeasible, unless the international community gets its act together and continues in the direction it started towards at the end of the year. The recognition of a Palestinian state without waiting for Israel’s acquiesce, has been a major shift in the policy in some EU countries and  Parliaments. It puts Israel under increasing international pressure. With President Obama free from elections, he might join the EU’s show of muscle in promoting the peace process. He has already demonstrated readiness to take on the Cuban lobby in the U.S., and it remains to be seen if he and his administration can follow this with a similar approach towards the Israeli lobby in Washington. Without this the peace process has no prospects of succeeding in 2015 any more than it had during this past year.

Without the international community explicitly expressing the benefits of reaching a peace agreement, based on two state solution, and the costs in failing to do so, I cannot foresee that any progress will be achieved. This is of course unless the Israeli elections produce a very unlikely result which favors the peace camp. Along a similar vein, more and more Israelis increasingly understand the desperate need for the reconstruction of Gaza, not only for the benefit of the Gazan people, but in equal measures for Israeli interests. There are some signs of the easing of access to the Gaza Strip, but these small concessions are far from matching the desperate needs of its inhabitants. Without adequate access, the next year will most likely see a gradual resumption of hostilities between Israel and Hamas.

Unresolved conflict
The cloud of the unresolved conflict with the Palestinians has affected Israeli society and will continue to do so. It enables a lesser leadership, which thrives on the conflict to harness the power of fear and nationalism to their political advantage. It does not allow the space for the Israeli society to address many of its other challenges. The economic growth generated wealth, but it was done in a way which pushed many into poverty and priced out many young people from joining the property ladder. Hardly a day goes by without headlines about corruption affairs being unraveled by the police, and more often than not, in which politicians are deeply embroiled. Moreover, this year saw an attempt to pass a nation-state law, which had it been successful would have left the Arab minority further disadvantaged and discriminated. In a vain effort to underline the Jewishness of the state, the right in Israel revealed its shallow nationalistic understanding of Judaism, and lack of real vision of what it is to be Jewish and democratic.

The coming year provides Israelis with an opportunity to say farewell to quite a dreadful year and make a real change through the ballot box. If they do not take this opportunity, they may find themselves internationally isolated and ostracized. It becomes increasingly more likely that a Palestinian state will be recognized worldwide, even without a peace agreement with Israel. This will change the nature of relations and negotiations between the two political entities to the advantage of the Palestinians. Without bringing an end to the corrupting occupation of Palestinian territory, and to destructive policies at home, Israel is running the risk of losing any credibility abroad and tearing its own society apart.