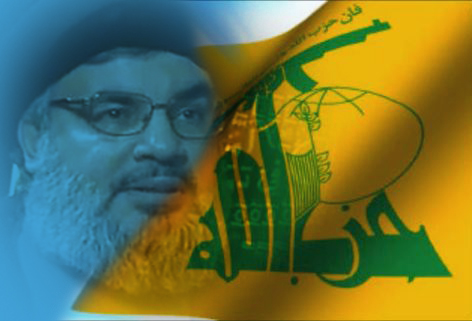 Israel and Lebanon are apparently close to a final agreement delineating their maritime border after a Lebanese government delegation met with the Biden administration’s energy envoy, Amos Hochstein, this week in New York. If the deal goes through, the Biden administration will have turned Hezbollah into a significant player in the Eastern Mediterranean energy industry, a development that will both enrich the terrorist group and expand its regional influence.

While the Lebanese delegation consisted of government officials, the real, if indirect, interlocutor for the Biden administration was always Hezbollah. The group’s chief, Hassan Nasrallah, set the parameters and the tempo of the negotiations and has found an eager and cooperative partner in the Biden team. In fact, Hochstein leveraged Hezbollah’s threats to obtain major Israeli concessions.

With talks apparently headed toward the finish line, Nasrallah reiterated last week the ultimatum that has framed the talks. As before, Nasrallah threatened to attack Israel’s Karish offshore gas rig, unless the U.S. and Israel agreed to his conditions before starting to pump gas from Karish, even though it lies entirely in Israeli waters. The Hezbollah leader said, “our red line is the start of extraction at Karish. … We cannot allow for oil and gas extraction from Karish before Lebanon obtains its rights.” Nasrallah added, “our eyes and our missiles are [fixed] on Karish.”

Nasrallah’s threats are cost-free, especially as he knows the Biden administration has leveraged them to impose a sense of urgency on Israel’s caretaker government to concede Lebanon’s demands and conclude the agreement without any escalation.

Based on official Lebanese statements and reports in pro-Hezbollah media, the talks are in their final stage and Hochstein is supposed submit a formal draft agreement shortly. While the details of a final agreement have not been made public, the satisfied assessments from the Lebanese side indicate that Washington has managed to extract critical concessions from Israel that meet Hezbollah’s demands. First, Israel will cede the entire disputed area of 854 square kilometers of Mediterranean waters. It will also cede the whole of a prospective gas field that protrudes into Israeli waters beyond Line 23, which Lebanon has filed as its border.

Israel has reportedly requested a buffer area extending a few kilometers out to sea from its land border with Lebanon. UN peacekeepers would presumably monitor the area, although Israel would still cede sovereignty to Lebanon. The details of this buffer area and its coordinates were reportedly the final item to be determined. Once the agreement is finalized, French energy giant TotalEnergies would begin operations in Lebanon’s Block 9, which borders Israel — a core Hezbollah demand.

Despite concerns of a conflagration before the end of September, given Hezbollah’s threats against Karish, Nasrallah’s speech affirmed the likelihood of that scenario was small. He was clear that an Israeli test of the gas transport system from the Karish platform to the shore and back would not cross Hezbollah’s red line.

The key Hezbollah condition was for production at Karish to be frozen until the consortium led by TotalEnergies had agreed it would begin drilling for gas in Block 9 of Lebanon’s Exclusive Economic Zone, which Israel now will have conceded in full. The Biden administration sought to satisfy that condition, meeting with French officials and TotalEnergies executives to discuss the start of operations.

If a border agreement is finalized, the Biden administration will have set a terrible precedent by leveraging Hezbollah threats to secure Israeli concessions that enrich and empower a U.S.-designated terrorist organization. The administration will also have turned Hezbollah into a significant player in Eastern Mediterranean energy, enshrining the group’s partnership with France and its investments in Lebanon. The precedent might even extend beyond Lebanon as now Hezbollah is encouraging Hamas to follow its lead with gas fields off the coast of Gaza.

*Tony Badran is a research fellow at the Foundation for Defense of Democracies (FDD), where he contributes to FDD’s Israel Program. For more analysis from Tony and the Israel Program, please subscribe HERE. Follow Tony on Twitter @AcrossTheBay. Follow FDD on Twitter @FDD. FDD is a Washington, DC-based, nonpartisan research institute focused on national security and foreign policy.