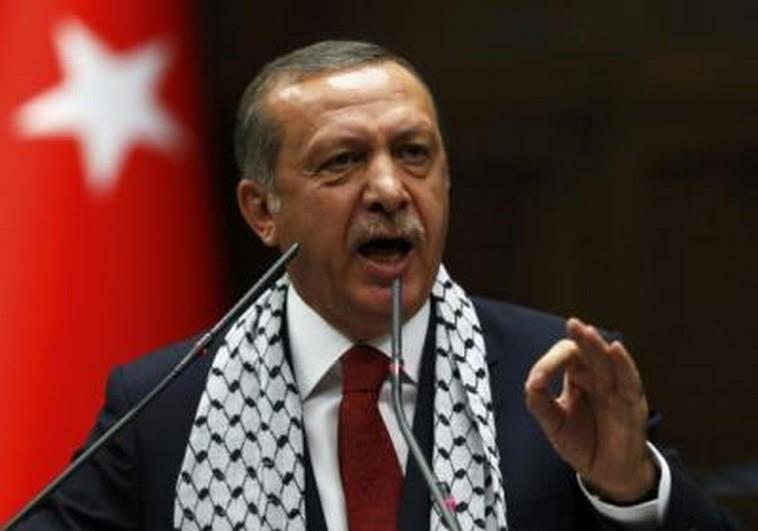 At the beginning of the 20th century, there were about 200,000 Jews in Turkish lands – when the entire population was barely 10 million. Today, the Turkish population has reached 77 million – and there are fewer than 17,000 Jews.

Mois Gabay, a Turkish Jewish writer for Salom, the Istanbul Jewish newspaper, recently wrote in his column, “Are Turkish Jews Leaving?”: “We face threats, attacks and harassment every day. Hope is fading. Is it necessary for a ‘Hrant among us’ to be shot in order for the government, the opposition, civil society, our neighbors and jurists to see this?” The ‘Hrant’ to whom he referred is Hrant Dink, a Turkish Armenian journalist who was shot dead in 2007 by a gang of nationalist Turks.

On Dec. 15, the Turkish liberal daily Radikal interviewed Gabay, who started by showing Radikal’s reporter dozens of threats and hate messages he has received through Twitter, Facebook and mail messages. “This is almost daily,” he said.

According to Gabay, only this year 37% of high-school graduates in Istanbul’s Jewish community left Turkey to study abroad, twice as many as in previous years. “We don’t know how many of them will return,” he says. “But the idea to leave Turkey (for good) is also in the minds of my generation.”

The reason is simple: “The circle is closing in,” according to Gabay. “In an atmosphere like this, especially if you are a trader, you tend to change your name. Mois’s tends to become “Musa’s,” “Cefi’s,” become “Cem’s” and “Meri’s” become “Peri’s” (all the latter are Turkish names.) His Jewish friends tell Gabay that they are elaborating on the idea of leaving Turkey and settling in far-away countries such as Canada, Panama and Australia. Two Jewish friends of his who have shops in Istanbul’s busy Unkapani district recently complained to him that “The imam in the neighbourhood has the habit of preaching to his congregation ‘not to make friends with Jews and Christians.'”

According to Gabay,
the Turkish government’s [anti-Israeli/anti-Jewish] rhetoric paves the way for this, provokes Turks and spreads [hatred] to even larger masses. But there is more. “Thanks to the spread of social media, the previously ‘invisible Jew’ is reachable now. There are laws against hate speech. But not a single person has ever been prosecuted [let alone sentenced] for threatening and insulting [Jews].

According to a prominent Turkish Armenian, part of the blame is on Turkey’s tiny non-Muslim minorities.

But according to a prominent Turkish Armenian, part of the blame is on Turkey’s tiny non-Muslim minorities.

Etyen Mahcupyan is a leading Turkish Armenian intellectual, writer and columnist. He has published more than 15 books and has written regular columns in Turkey’s leading liberal newspapers. Last October, Mahcupyan, one of a dwindling number of liberals keenly supporting Turkey’s Islamist government, was appointed as “chief advisor” to Prime Minister Ahmet Davutoglu. In a recent interview with Turkey’s leading daily, Hurriyet, Mahcupyan said,

Whatever has been a [political] asset for Turkey’s Armenian community (they number around 60,000) is an asset for the Jewish community too. But… there is Israel… As long as the psychology of the Israel issue continues to influence politics in Turkey and relations between the two countries do not normalize…

The line Mahcupyan shyly did not finish probably would have gone on like this: “Turkey’s Jews will keep on paying the price.”

Turkish Armenian intellectual Etyen Mahcupyan thinks that daily attacks on Turkey’s Jews and other non-Muslims happen because they are better-educated then Muslims and have a “superiority complex.”

In a recent article, Mahcupyan, a former editor of Agos, where the slain Turkish Armenian journalist Hrant Dink wrote, argued that Turkey’s [secularist] Jews harboured an allergy against Muslims. Mahcupyan apparently deserves his new position as “his master’s voice.”

He admits that it is the government’s responsibility to do something if Turkey’s Jews felt awfully alienated. But he thinks “there is the other side of the story.”

Mahcupyan said: “All of this [anti-Semitism in Turkey] is related to the Jewish community’s perception of Islam and the region. This is a perception that powerfully produced politics and positions. If the Armenians do not behave like them [the Jews] we can understand the historical difference between the two [Jewish and Armenian] communities.”

Apparently, Mahcupyan, the prime minister’s chief advisor, tends to blame the victim, not the criminal. “I have lived through this personally for the past 60 years,” he explains. “Among Turkey’s non-Muslim minorities, including Jews and Armenians, there is an [established] opinion about humiliating Muslims.” So, did your poor friend Dink deserve to be murdered because he humiliated Muslims?

Secondly, Mahcupyan continues, “Both Jews and Armenians are better-educated [than Muslim Turks] and more open to the West. And this brings in a feeling of superiority complex.”

To sum up, the Turkish Armenian liberal intellectual, who also happens to be advising the Turkish prime minister, thinks that daily attacks on Turkey’s Jews and other non-Muslims, including the murder of his “friend” Dink, happen because: Jews and Armenians humiliate Muslims; they are better-educated then Muslims and hence their superiority complex. Lovely!

In the 18th and 19th centuries, the Ottoman state machinery produced several non-Muslim converts (the devshirme) who enjoyed higher echelons of the palace bureaucracy and finer things of life because their pragmatism earned them excellent relations with the ruling Muslim elite. It looks like the devshirme system is still alive in post-Ottoman Turkey.

***Burak Bekdil, based in Ankara, is a columnist for the Turkish daily Hürriyet and a fellow at the Middle East Forum.