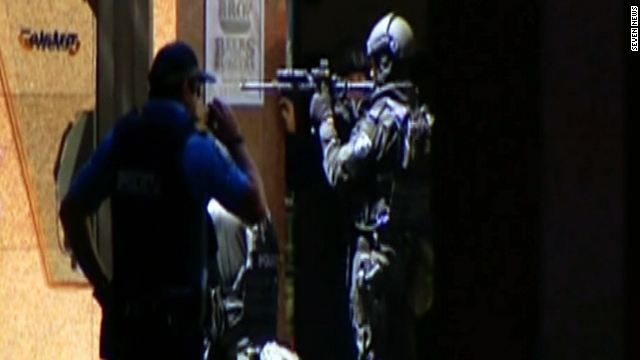 The Internet has affected almost all aspects of our lives. Our online dependence has increased to a point where it has become difficult to imagine what our lives would be like without this technology. According to a recent International Telecommunication Union (ITU) report, by the end of this year, there will be three billion Internet users in the world, approximately 43 percent of the global population. Of this proportion, there will be more than two billion e-mail users, one billion Facebook users, and 200 million who use Twitter, sending as many as 175 million tweets per day. Of course, the Internet is not only limited to these websites and activities; rather, it has become part of most of the activities of modern life, from withdrawing cash, booking flights or hotels, to searching for information or news.

A survey, conducted in several different countries, asked what the world would look like without the Internet. More than 60 percent of respondents said they could not imagine their lives without it. This response is not surprising, as the use of the Internet now defines many of the details of our daily lives, not only in the fields of social networking, searching for information, watching videos, and the use of smartphones, but also in other significant and sensitive areas. The Internet is involved at the core of business, and even the military, economic, and political security of all countries.

A few days ago, air traffic was suspended at London’s Heathrow airport, one of the world’s busiest transport hubs, due to a computer failure. This has prompted authorities to open an urgent investigation into the incident in a bid to prevent potential failures that may lead to air disasters. Cinemas in the US canceled the premiere of The Interview, a comedy about the assassination of the leader of North Korea. The decision to cancel the screening came after hackers threatened movie theaters with an operation similar to the September 11, 2001 attacks. The film was produced by Sony Pictures which has recently come under one of the most prominent cyber-attacks ever, which saw hackers, suspected to be linked to North Korea, illegally access its network and leak its data and internal correspondence online.

The question that preoccupies many in decision-making circles in the fields of security, defense and intelligence is what will happen if computer networks are paralyzed on a larger scale, or if a country came under a coordinated cyber-attack by another country, gangs of criminals or terrorists.

In the event of such an attack, basic services and utilities such as banking, electricity, airlines, and air traffic, will be disrupted and in the process, paralyzing the country. The financial system and potentially the wider economy could suffer catastrophic losses, leading to the collapse or bankruptcy of millions of companies, costing people their businesses and jobs. Perhaps financial markets would collapse completely, sending the world into a deep recession. This scary scenario is not a figment of my imagination or a scene from a Hollywood film. In fact, in light of the repeated threats, systematic cyber-attacks, and accusations that some states have launched on others the danger is growing. This is not to mention that many “advanced” countries have resorted to drawing up emergency plans to counter such attacks, forming units to either defend or launch attacks in the event of a cyber-war erupting.

The US, for example, warned of the dangers of a “Cyber Pearl Harbor” just over two years ago. US officials spoke of a scenario where states or gangs could launch attacks on financial and state institutions or vital services, such as electricity, water and transport. Such attacks would prompt the US to respond or engage in a defensive or offensive cyber-war against other states, organizations or gangs.

The US is not on its own in this field. Other countries have been subjected to cyber-attacks, including Arab ones. There are constant complaints of large-scale operations being carried out by states and major organizations as part of industrial espionage, or in an attempt to steal information. Even more dangerous are viral attacks targeting states or institutions in a bid to sabotage their networks, steal information or disrupt services. Last month, for example, a new major virus was discovered. It sits dormant on devices and networks in order to collect information but without causing any damage, in contrast to the Stuxnet worm that targeted Iran in 2010.

The world is heading gradually towards a new kind of terrorism and warfare, one that involves no shots being fired but with the potential to wreak damage that exceeds all the destruction of traditional warfare.