Geagea Says Lebanon a ‘Prison with No Security’, Hits Out at Aoun, Nasrallah

Naharnet /Lebanese Forces leader Samir Geagea on Friday said that Lebanon has become a “prison without walls” where there is no security or authority due to the factional “interests” of some political parties, hitting out at Hizbullah chief Sayyed Hassan Nasrallah and Free Patriotic Movement leader MP Michel Aoun without naming them.
“These days, I’m avoiding to talk politics in order to avoid repetitiveness, but this doesn’t mean resigning from politics but rather maintaining our firm stances, because endurance is sometimes more important than action,” Geagea said at a Maarab rally marking the ninth anniversary of his release from prison.
“The Cedar Revolution freed me from prison … but nowadays we, in the Levant, are in a prison that is much bigger than the one I was in,” the LF leader lamented.
He noted that prior to the Arab Spring uprisings the Arab world was in a “big prison” and “now it is trying to break free from it.”
“The situations that the Levant was living were imposed through the clout of dictatorial regimes, but now it has started to write its real history. Unfortunately, this is happening with the highest possible cost and the worst possible way,” Geagea pointed out.
In Lebanon, “the government is several governments and authorities are only present where they want, while they are absent elsewhere,” Geagea added.
“We are also in a prison cell that they are always trying to put us in, although it does not have any walls. This is the worst prison. A prison without a state which is rife with bombings, weapons and suicide bombers,” the LF leader lamented.
Criticizing Aoun, Geagea said the country “does not have a president” at the moment under the excuse of “preserving the rights of Christians.”
“His policies change according to his interests and his interests always come first,” he added.
“We’re saying that Lebanon comes first, and he’s saying I come first and last,” said Geagea.
And in an apparent jab at Nasrallah, the LF leader said “his policies are not Lebanese, his aspirations are not Lebanese and his plans have nothing to do with Lebanon.”
In 1999, the Judicial Council convicted Geagea and several other LF members of involvement in the 1987 assassination of then-premier Rashid Karami.
Geagea was tried for ordering four political assassinations, including Karami’s. He denied all charges and described them as politically motivated but was found guilty and sentenced to four death sentences, each of which was commuted to life in prison.
The LF leader was then imprisoned in solitary confinement for 11 years until the parliament voted to grant him amnesty in July 2005 in the wake of the Syrian withdrawal from Lebanon. 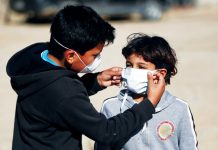 A Bundle Of English Reports, News and Editorials For March 28-29/2020 Addressing All That is happing In the Iranian Occupied & Oppressed Lebanon 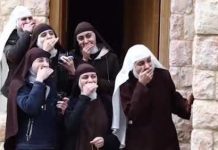 A Bundle Of English Reports, News and Editorials For March 26-27/2020 Addressing All That is happing In the Iranian Occupied & Oppressed Lebanon 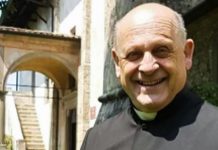 A Bundle Of English Reports, News and Editorials For March 24-25/2020 Addressing All That is happing In the Iranian Occupied & Oppressed Lebanon 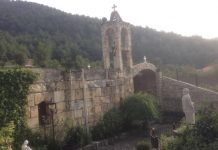 A Bundle Of English Reports, News and Editorials For March 22-23/2020 Addressing All That is happing In the Iranian Occupied & Oppressed Lebanon 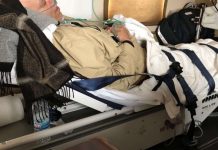 A Bundle Of English Reports, News and Editorials For March 20-21/2020 Addressing All That is happing In the Iranian Occupied & Oppressed Lebanon