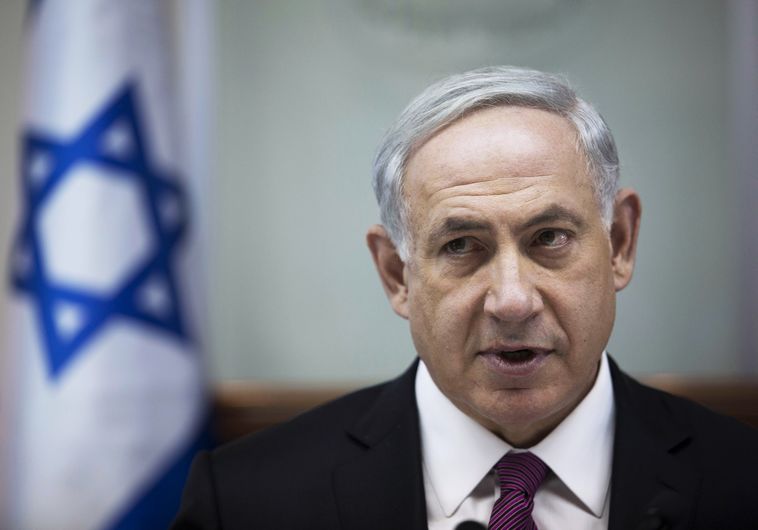 Amid talks on Iranian atomic program, the prime minister has been busying himself with a law to define Israel as the Jewish nation-state – after failing to convince the world to strip Iran of its centrifuges and nuclear fuel.

On Sunday, in all likelihood just at the point at which one could safely say that by the end of the talks between the world powers and Iran, the state of the ayatollahs will find itself, alongside India, Pakistan and Israel, in the prestigious club of countries on the verge of producing a nuclear bomb, Benjamin Netanyahu and his ministers continued to bicker at the cabinet meeting over the bill to declare Israel the nation-state of the Jewish people.Even given that the talks in Vienna on Monday did not bear fruit in the form of an agreement between the parties, but a declaration of principles or the extension of the talks instead, one can readily declare Israel the principal loser in this international campaign.
This loss is even more resounding when viewed on the backdrop of the tremendous effort and billions invested to signal to the international community that Israel may launch an attack on Iran’s nuclear facilities if the agreement with Tehran does not meet Jerusalem’s demands.

At the start of Sunday’s cabinet meeting, Prime Minister Netanyahu informed the ministers that US Secretary of State John Kerry had briefed him on the status of the talks.

“We are following developments in the talks closely and with concern,” said Netanyahu, who was in a rush to be interviewed for American television. But the truth must be told: The Americans and the world powers no longer take Netanyahu into account. All that remains for the prime minister to do is to give interviews, to dispatch Minister Yuval Steinitz to the scene, and “to follow and remain vigilant.”

The recently published memoirs of the American defense secretaries who served in the Obama administration, Robert Gates and Leon Panetta, reveal that up until a few years ago, the Americans still believed that the pair, Netanyahu and Ehud Barak as his defense minister, may just attack Iran’s nuclear facilities without coordinating the action with the United States.

In the end, however, the Israeli side was deterred, and didn’t launch an assault. The so-called window of opportunity closed when the Iranians passed a certain threshold in the production and acquisition of nuclear fuel – or as Barak put it: Iran earned itself a “zone of immunity” for its facilities that stripped Israel of the chance to launch an attack.

Gates’ and Panetta’s books also expose the cyber operations that disrupted Iran’s nuclear facilities during the period 2006-2009. These covert operations – dubbed, say the memoirs of the senior US officials, the “Olympic Games” – were carried out towards the end of the terms in office of George Bush and Ehud Olmert.

Together with the United States, Israel chalked up significant achievements in this campaign, thereby generating pressure on Iran to enter into negotiations and restrict its development of nuclear weapons – and all this, of course, in conjunction with the economic sanctions imposed on Iranian companies by the international community.

And where are the negotiations currently at? The New York Times devoted a detailed report to the subject on Sunday evening: The most significant challenge as far as the Americans are concerned touches on the question of how to ensure that the international intelligence community will be able to monitor Iran’s attempts to develop atomic bombs in secret facilities.

We know today that the Iranians have dug thousands of tunnels in the mountains in various regions of the country that could be used “to trick and deceive the West.” On the other hand, the Iranians, for their part, are demanding the immediate lifting of the economic sanctions following the signing of any future agreement – and this, the world powers refuse to agree to.

And back to Israel: Netanyahu failed to convince the world powers to strip Iran of the tens of thousands of centrifuges and the nuclear fuel it has amassed with the help of North Korea. Unfortunately for Israel, the Iranians have recognized that the United States and its partners to the talks are way too keen to reach an agreement, and are not willing to return home and admit failure.

In any event, the day will come when the findings of a state commission of inquiry or the publication of a study will note that during the term in office of Prime Minister Benjamin Netanyahu, Iran became a nuclear-threshold state needing only a few months to make a bomb.

Netanyahu’s name will of course also be on the law that turns Israel into the state of the Jewish nation. And what about the others who live here? God only knows, and let them petition the High Court of Justice.