Hundreds of people from Haredi sector respond to calls on social media to accompany Master Sergeant Zidan Sif on final journey: ‘We won’t be ungrateful, we will show out gratitude to those who sacrificed our lives for us’. The Druze police officer who lost his life in Tuesday’s terror attack is being honored by the ultra-Orthodox community, which was hit the hardest in the deadly terror attack on a synagogue, and the community is urging Haredi youths to attend the young officer’s funeral service.

The ultra–Orthodox community determined Wednesday that Master-Sergeant Zidan Sif, the Druze policeman who died from wounds sustained in Tuesday morning’s synagogue terror attack was a ‘Righteous Among the Nations’, and many urged their public to attend his funeral, even arranging free transportation from the Jerusalem International Convention Center.

Unlike their Muslim brethren, Israel’s Druze population, also ethnic Arabs, who emerged 1,000 years ago as a sect of Islam with a distinct identity, serve in the army and are in a sense more integrated into mainstream Israeli society. Nonetheless, the gesture is rare for the closed ultra-Orthodox society.

Scores of people paid their last respects to Zidan Sif as he was laid to rest Wednesday in the early afternoon at the Arab local council of Yanuh-Jat. President Reuven Rivlin, Internal Security Minister Yitzhak Aharonovich, Police Commissioner Yohanan Danino, and the spiritual leader of the Druze community, Sheikh Moafaq Tarif, were among the dignitaries present at the funeral.

Rivlin read his words in a choked voice. “To the Sif family – I stand in front of you shaken and pained,” he said. “Terror has struck Jerusalem once more. Terror that does not distinguish between people. Terrorists turned a house of prayer into a house of slaughter. Your son did not hesitate or waver . . . He stood fearlessly against the terrorists and risked his life to protect the people of Jerusalem.

“He acted according to the values he was raised with – courage, heroism, and self-sacrifice.” Rivlin concluded his euology on a personal note. “What will we tell a five-month-old baby who will never know her father, who has been orphaned? We will tell her that her father was a hero.”

Sheikh Moafaq Tarif urged the president and internal security minister to calm tensions. “You must do everything to reduce the flames in the holy city. Both of our people are paying a heavy price in the blood of our sons. We must not let incitement and extremism prevail over common sense and tolerance.

“The Druze community is going through a difficult time, tinged with sadness and pride, as over the last two weeks we have lost two dear sons as they protected the country. The Druze community as a whole bows its head together with the families of those killed in the terrible slaughter in Jerusalem, and hope for safer, quieter times.”

Apart from the initiative posted online, a Halakha ruling by Rabbi Ovadia Yosef was also distributed in social networks, according to which a prayer for the dead must be recited in a synagogue for a Druze fighter who gave his life to protect Israel.

“He brings pride to your community, to the police, and to the Israeli police,” said Minister Aharonovich. “People are raised with values here, and to our sorrow, some pay for this with their lives. We share this common fate.”

MK Eli Yishai spoke in the name of local residents from the Har Nof neighborhood. “We all weep alongside the family. We are here to pay our last respects to a great hero who gave his life. . . Your memory is forever engraved in our hearts.”

“This attack is another event that is the fruit of wild incitement by the leadership of radical Islam,” said Commissioner Danino.

“We believe in fate,” said Zidan’s father, Nahad Sif. “We will take care of his daughter as though she were our own,” he vowed.

Risha Segal (28), a haredi student and activist, who lives near the Har Nof neighborhood in Jerusalem, was one of the people who posted the online initiative calling for the Haredi sector to join the mourners. “We are calling for widespread solidarity throughout Israel, with an emphasis on gratitude,” he said. “We will not be ungrateful and will show our thanks for those who sacrificed their lives for us. This is one of the most important principles in Judaism.”

Segal estimated that some 100 residents of Har Nof will attend the funeral, “feeling that they owe their lives to the police officer. There is an extensive ultra-orthodox community in the north as well, and I expect they will also arrive at the funeral, so that there will be an impressive attendance.”

“All of Israel can come to the funeral. Death unites us and this is a call against racism. It’s true, a Druze is not Jewish, but he died on our behalf and terror does not distinguish between religions and nationalities, it kills innocent people just the same,” he said.

“I believe that a man who died for us is definitely prepared for life in the next world,” he added.

Segal posted the initiative in a Facebook group entitled “Young Haredim”, where he wrote: “Come praise the name (of Zidan Sif) and show the family of the slain man the respect that we ultra-Orthodox Jews show to he who sacrificed his life for us. Zidan was a Righteous Among the Nations and made an alliance with Israel, which is why he was murdered.”

Sif, one of the first two policemen to arrive at the scene to confront the two terrorists, left behind a wife, a four-months-old baby, parents and five siblings.

“Jerusalem police bows its heads in memory of Master-Sergeant Zidan Sif, a traffic control inspector in the Jerusalem police who sacrificed his life to save others and was murdered in the attack in Har Nof in Jerusalem.”

Four others worshipers who were praying at the Kehilat Bnei Torah synagogue – Rabbi Moshe Twersky, Rabbi Avraham Shmuel Goldberg, Rabbi Kalman Levine, and Aryeh Kupinsky – were killed, while six people were wounded, including another police officer.

Interfaith gathering outside scene of attack

An interfaith gathering between Muslim, Jewish and Christian clerics was held outside the synagogue where the terror attack took place on Tuesday. Among the participants were Sephardi Chief Rabbi Shlomo Amar, Imam Rasel Atmani, the Greek Orthodox Patriarch of Jerusalem, the chairman of the Druze Religious Council, and the chairman of the Council of Muslim Leaders, as well as representatives from the Foreign Ministry.

Addressing religious leaders, Rabbi Shlomo Amar said: “The point of this gathering is to denounce terror. This is something that all religions prohibit. A strong and harsh message must be sent that we all oppose to terrorism….there are arguments and differences, but the desire to exist and live is shared by all of us.”

Sheikh Muhammad Kiwan, the chairman of the Council of Muslim Leaders, said: “Each terrorist act hurts us. Each violent act must be condemned. This is an extreme and shocking act. We won’t let any side stretch out a violent hand and kill innocent people who had come to pray. The escalation in Jerusalem must be stopped.
“Every person should be given freedom to pray in the place that is holy for him,” Kiwan added. “We must not let those who violate the order harm our lives in the country. When I donate blood every six months, I don’t ask who it goes to”.

Ahiya Raved and Michal Margalit contributed to this report. 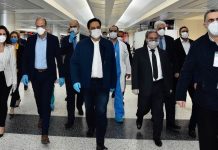 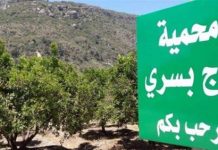 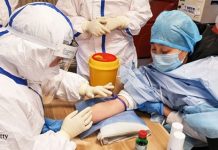 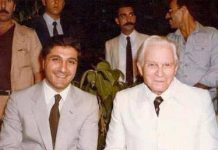 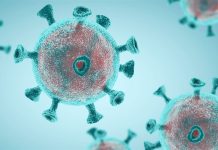