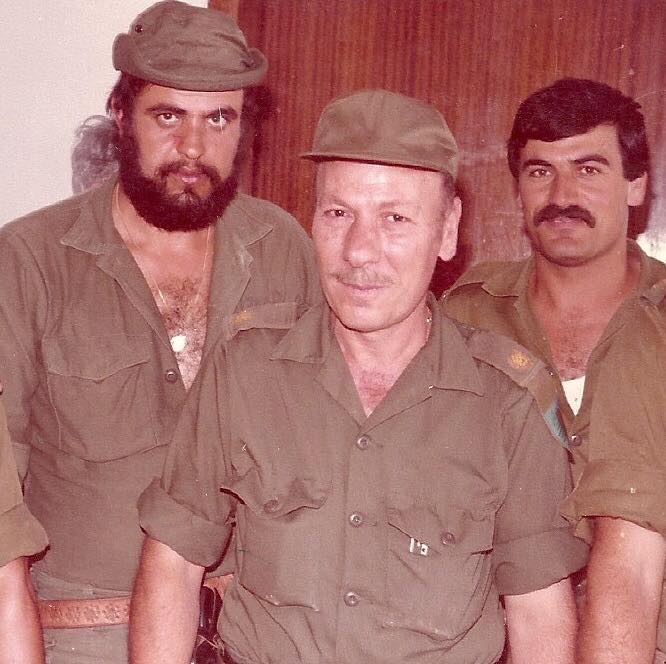 From 1975 to 2005, Lebanon totally lost her Prosperity, Stability, Sovereignty, Independence and Freedom.

The pattern of harassment, kidnappings and assassinations by PLO operatives and Syrians in Palestinian uniforms had been ongoing since the mid-1960s, when the PLO was founded, long before the events of 1968-1969 and 1975.

Prior to the founding of the PLO, Syria’s rejection of Lebanon’s right to exist caused it to interfere in Lebanese affairs whenever it could: when on September 12, 1957 and May 3-8, 1958, a contingent of Internal Security Forces (ISF) was attacked and its members killed in Deir El Ashayer; when 200 Syrian soldiers attacked and occupied the village of Kfarchouba, in south Lebanon, killing the villagers and an officer; and when 5 customs officers were assassinated in cold blood at Masnaa, the crossing point at the Lebanese-Syrian border.

From June to December 1958, the Lebanese Army lost 35 soldiers.

Since that period, Palestinians/Syrians/ and later Syrian/Iranian organizations kidnapped, tortured, massacred, assassinated, slaughtered, raped and booby-trapped hundreds of innocent civilians, members of clergy, and Lebanese Army soldiers in the South, and all the areas of Lebanon.

In the South, they attacked the villages of Jezzine, Kfarfalouss, Naqura, Bint Jbeil, Marjaayoun, Qoleiaa, Hasbaya, Debil, Deir Mimass, Ain El Mir, Roum, Anan, Shuwaya, Labaa, Rmeish, Kfarhouna, Aramta, Rihane, Ain Ebel, Beit Lif, Tebnine, Bkassine, Aytoula, El Taybeh, Sabbah, Houla, and in other regions of the South. They burned down and razed to the ground houses, churches, schools, the only two available hospitals, and entire villages, to occupy the remaining (8%) of Lebanese territory that was still free in 2000 from the Syrian/Palestinian/Iranian occupation. The goal was to undermine the state of lull between Lebanon and Israel, forcing Lebanon to remain until this day the only active war front against Israel under their unique control – from Fatahland to Hezbolland.

An Officer of the South Lebanese Army reported to the media that between 1978 and 2000, 621 SLA soldiers and 200 southern civilians were killed and assassinated – a total of 821 fatalities – while 230 soldiers and 80 civilians, a combined figure of 310, were maimed. It was later confirmed that between the first attack and 2000, the overall number of victims was indeed 1630 persons.

When the Syrians completed the takeover of the country in 1990, the SLA remained loyal to the pledge of defending their country for decades, even after their own government that was under Syrian control branded them as the enemy.

The number of soldiers was 3000 and even reached up to 5000, at the peak of their history. The inhabitants of the region joined the South Lebanese Army to defend their regions against Syro/Palestino/Iranian invasions, in the way that the inhabitants of Beirut in 1989 joined PM General Aoun and his Army in defending their regions in the War of Liberation.

In 1976, the South Lebanese Army was known by its first name as The Army of the Free Lebanon (Jeysh Lebnaan el Horr).

The Command of the Lebanese Army in Yarzé under its Army Commander-in-Chief General Hanna Said and the Ministry of Defense issued a military communiqué in 1976, assigning Major Saad Haddad to the Command of the South Lebanon Army. They appointed him Commander of the Division of Al Qoleiaa (Qaed Qatibet al Qoleiaa) and the villages of Qoleiaa, Bourj El Moulouq, Qawqaba, Rmeich, Debil, Ain Ebel and Jdeidet Marjaayoun. The military missions assigned to that command included the command functions:

Major Saad Haddad was also the Government’s official representative regarding all diplomatic contacts with the United Nations’ envoys in the South.

Between 1979 and 1982, the Syrians pressured President Elias Sarkis and Prime Minister Selim Hoss to charge Major Saad Haddad and the SLA with high treason, starting by cutting off their pay. The pressure became even more intense with the attempt to replace the South Lebanon Army by a Lebanese Army division called Qawqaba, operating under Syrian control. Ever more so, Major Saad Haddad rejected any collaboration with the Syrian Regime.

Kurt Waldheim, Secretary General of the United Nations and General Erskin, Commander of the UNIFIL, who were asked by the Lebanese Government to keep official contacts ongoing with Major Saad Haddad, publicly criticized the Government for its contradictory and ambiguous position towards Major Saad Haddad’s legitimacy.

After General Hanna Said’s departure, the Army Commander-in-Chief General Victor Khoury signed and addressed an official military communiqué (Muzzaqaret El Khedme El Rasmiyeh) to Major Saad Haddad in order to validate and confirm the continuity of his functions in the South. All official correspondence between them was formulated as follows: “From the Army Commander-in-Chief General Victor Khoury to Commander of Al Sharqi Division, Major Saad Haddad…”

After the death of Major Saad Haddad in January 1984 the Command of the Lebanese Army of Yarzé, along with (former) President Camille Chamoun’s support, informally selected retired General Antoine Lahad as Commander of the South Lebanon Army. They assigned General Lahad to fill in the gap until United Nations’ Resolutions 425 and 520, related to the redeployment of the Lebanese Army in the South and all Lebanese territory, were implemented.

The Command of the Army paid the SLA’s salaries from 1976 to 2000, with the exception of the years 1979 to 1982 (the Hoss-Sarkis period), though the Commander of the ISF refused to block the payments.

Moreover, whenever the roads between Marjaayoun and Beirut were inaccessible and other means of transportation were quite impossible for allocating SLA’s wages and logistic supplies, the officer in charge, assigned by the Command of the Army of Yarzé, would reach Marjaayoun by sea through the port of Haifa in Israel.

Following Presidential advice, the South Lebanon Army opened the road to Israel for the sole purpose of survival and humanitarian needs (lack of hospitals, starvation, illnesses….) and in no case for purposes of collaboration.

President Sleiman Franjiyeh gave the instruction and the right to use the only open door to Israel. He had no other alternative: either to leave the Southerners to die and succumb to diseases, injuries, starvation…or to save them, allowing them to access Israel’s borders. President Franjiyeh based his conscious choice solely on a principled perspective.

President Camille Chamoun encouraged and publicly congratulated the bravery of the South Lebanon Army through its Commander: “Thanks to Major Saad Haddad and his Army, the South will not face the same destiny as other regions like Damour, Jiyyeh, Saaidiyet did…Genocide and total Exile…”

President Chamoun clarified to the press and corrected General Erskin’s distorted declaration of facts and said, “There is a deformation of the truth from sources coming from General Erskin. We do not have in the border region of the South militias from the Christian right-wing and Phalangists. There is very simply a strong unit of the Lebanese Army, which includes approximately 600 men commanded by two officers of value, Commanders Haddad and Chidiac. This unit was helped out in its efforts by volunteers from the region; it faced during many months several Palestinian assaults and saved from massacres and destruction entire villages, such as Marjaayoun, Qoleiaa, Ain Ebel, Rmeish, etc…”

In fact, the SLA included over time Lebanese soldiers from the various communities – Christians, Druzes, and Shiites – thereby reflecting the comprehensive character of the single Lebanese nationality.

Later, the Ambassador of the United States, Mr. Parker, after his meeting with Sarkis-Hoss, approached the issue with President Chamoun of the government sending new Army units to the South. Chamoun replied with the same arguments:”The Government has decided to send Lebanese manpower at its risks and perils…for us, there already exists an Army unit that is purely Lebanese, commanded by Major Haddad. His presence saved the Christian villages of the frontier zones from massacre. Otherwise, they would have experienced the fate of Damour and Aishiyeh…”

BRIEF CHRONOLOGY OF THE SOUTH:

Today, the rest of the SLA soldiers are in enforced Exile, having to pay the price for their actions in discharging their duty – acts of loyalty, honor, dignity, patriotism and self-defense, and stand before the “Justice”!

HAVE BEEN ABANDONED OR FORGOTTEN…

I sincerely regret not having listed all the victims and martyrs’ names. All the names appearing in this compilation, were obtained from newspaper reports, archives, and witness accounts, friends or families sources.

Roadside Bombs detonated by Hezbollah killed most of the Victims, who fell between the 1980’s and 2000:

After the dissolution of the section established in the South and the distribution of the soldiers in their villages or their refuge to safer regions, a number of soldiers joined the District of Bent Jbeil and a few villages for security matters.

21 – Create a regrouping quarter in the District of Bent Jbeil.

The Affiliation: Will be affiliated to the district of Qoleiaa

The Location: Town of Rmeish

The Members: – The Soldiers present in Bent Jbeil District, the neighboring Districts
and those who did not join any assembly quarter yet.

– The soldiers from other quarters who wish to join it.

22 – The Administrative Control Directorate undertakes to facilitate the salary phase and food provision similar to those soldiers under Qoleiaa regrouping command.

Will take effect at the publication of this communiqué.

Section, Barracks and Regrouping Quarters;
All Services located in the building of the Army Command;
(Unreadable) ??: “3”. 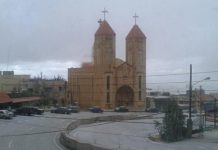 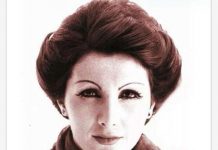 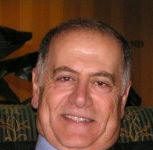 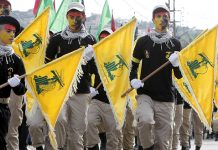 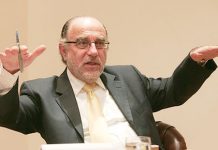