Ugandan pastor Umar Mulinde, a Christian convert from Islam, said growing up, he constantly heard “Jews are the most hated people by God.”He had no relationship with Jews, and “did not even know where Israel was on a map,” but he was taught to hate it. Muslim hate is mainly religiously based and when he became a Christian, all of the sudden the preachers were “talking about love, and a lot about Israel,” Mulinde said, in an interview in his most recent visit for treatment after an acid attack threatened his life and severely damaged his face.“It is part of the Islamic mind, and the Western mind refuses to accept the reality of Islamic ideology,” he said. On December 24, 2011, Muslims in Uganda threw acid on him and severely burned his face, neck and back. He was transported to Sheba Medical Center for treatment with the help of Israeli friends, and has been returning for treatment. At the hospital, Mulinde has met Arab patients from countries that are enemies of Israel.
Israeli Arab hospital workers, after discovering his name was Umar – an Islamic name – approach him talking bad about the country. However, he said, they soon realize that he is not going to have any of it, and they stop their comments.

Asked if he thought about changing his name, he responded no, “but maybe I should add a third Jewish name!” “After my conversion my perspective changed completely – I changed my heart.” Only about 12 percent of Ugandans are Muslims, but they are radical, he said, pointing out that Muslim clerics from Iran, Qatar, Saudi Arabia and even Pakistan radicalized Muslims in his country. The foreign clerics are busy spreading their interpretation of Islam throughout Uganda, using dawa – institutions of social welfare services and religious education. In the 1960s and ‘70s the Muslim community was much more moderate, but in the 1990s they started to become radicalized, he said. Mulinde, 40, was born a Muslim and is now the head of the Gospel Life Church International in Uganda’s capital, Kampala. He is married and has seven children. Since he converted to Christianity in 1993, his life changed.

His family disowned him, saying he was dead, and they and other Muslims tried to kill him. He gave his bodyguards the day off, thinking there would be no attack on Christmas Eve. “They [the Ugandan state] know where the attackers are,” the pastor said, adding that they are in the country and being protected by corrupt leaders who have been paid off by the Muslim community. “When someone leaves Islam,” Muslims must kill him “in the service of Islam,” he said One who kills an apostate “gets honors” and will go “directly to heaven,” he said. 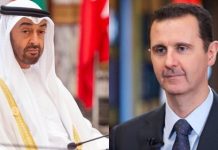 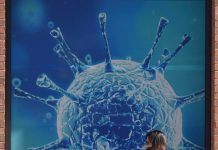 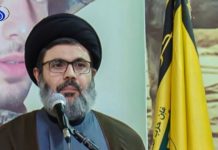 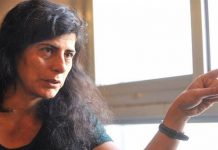