In Bahrain, It’s Either the Parliament or the Street
Salman Aldossary/Asharq Al Awsat/
04/11/14

As Bahrain nears the fourth year of its crisis—more a security crisis than a political one—the internal troubles in the Gulf’s smallest country show no sign of abating: for neither have the security measures employed by the government recently had any tangible effects, nor has the Shi’ite opposition’s taking to the streets allowed it to fulfill its objectives. And despite a number of reforms put forward by the government in Manama recently, the opposition continues to insist on breaking bones and not playing ball.
Three main developments have taken place recently which the opposition would never in their wildest dreams have ever expected to happen so quickly. The first was the transition from the country’s National Assembly (the upper and lower house of parliament; or the Council of Representatives and the Consultative Council respectively) to the popularly elected parliament. The second development was a number of recent reforms which require the government to put forward any political programs to a parliamentary vote, as well as no longer allowing the King to dissolve parliament or the cabinet, and effecting mechanisms allowing the government and prime minister to be questioned by MPs on their policies and decisions. The third—previously the main sticking-point between the authorities and the opposition—are the reforms of voting constituencies, which will ensure a fairer vote among citizens. These were all measures long called-for by the Shi’ite Al-Wefaq opposition. However, when it finally got what it wanted here, it decided not only to boycott the parliamentary elections, but also to engage in a scaremongering campaign to discourage any potential Shi’ite candidates from running in the race.
In my opinion, the Bahraini government has a problem when it comes to publicizing its reforms. The aforementioned developments count as serious, substantive reform measures—measures which were in effect kick-started all the way back in 2001 by Bahrain’s King, Sheikh Hamad Bin Isa Al Khalifa, long before the so-called “Arab Spring.” Despite this, however, all these reforms have gone virtually unnoticed, with Manama unable to attract the attention they deserve to them. As such, none of the numerous reforms the government has enacted recently have reached the ordinary Bahraini, leading some citizens to see the government as being negligent in resolving the crisis. Nor have these reforms gained much attention outside the country, where the government is now as a result seen as stubborn and implacable with regards to dealing with the crisis.
Political life in Bahrain has now become limited to inflaming passions on the street, burning cars, closing off roads, or holding isolated protests—in other words, practically worthless. When I visit Bahrain, I don’t really see or feel anything that gives me the impression this small country is currently undergoing a serious crisis. In fact, I’ve noticed that the King Fahd Causeway linking Bahrain and Saudi Arabia is more crowded these days, with hordes of visitors coming to Bahrain from all over the Gulf. It is certainly more crowded than it was before February 2011, when the recent troubles began amid the aftermath of the protests spreading across parts of the Arab world—giving the impression that there is no crisis at all.
Al-Wefaq has bet on regional events, putting all its eggs in one very unsafe basket. It has also moved away from its core supporters on the Bahraini street, day after day becoming more and more embroiled with the Supreme Foreign Ally—something which has discredited its position drastically. And as for relying on Western assistance, this is a matter that is unreliable to say the least and dependent on ever-changing political interests: here, for example, is the European Union, now requesting the opposition reconsider its boycott of the elections in the interests of “returning confidence and stability” to the country; and here we have UN Secretary-General Ban Ki-moon saying virtually the same thing.
Bahraini thinker Ali Fakhro says: “Working towards establishing a democracy is a long-term struggle. Other countries did not achieve democratic political systems in one step, but through many painstaking steps, one after the other.” So long as the Shi’ite opposition insists on playing the political game outside the legitimate arena of parliament, and so long as it continues to bet on street power and its memories of the country’s fleeting “Arab Spring moment,” it will lose, and will thereby slowly transfer all the gains it has made in the last few years into the hands of the ruling government, so that by the time the elections in 2018 come about, it will have lost much more than it has gained.
By boycotting the elections, Al-Wefaq has effectively cut its last remaining link to political life in Bahrain and punctured its last hope in fulfilling its long-sought-after demands within the legitimate arena of parliament, preferring instead to lead and inflame passions on the street. Tell me, would a sensible, mature opposition commit political suicide in this way? 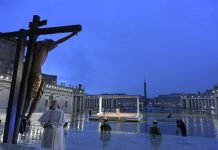 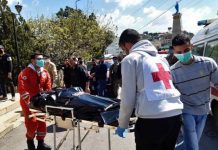 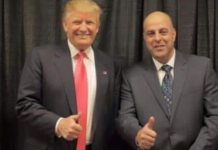