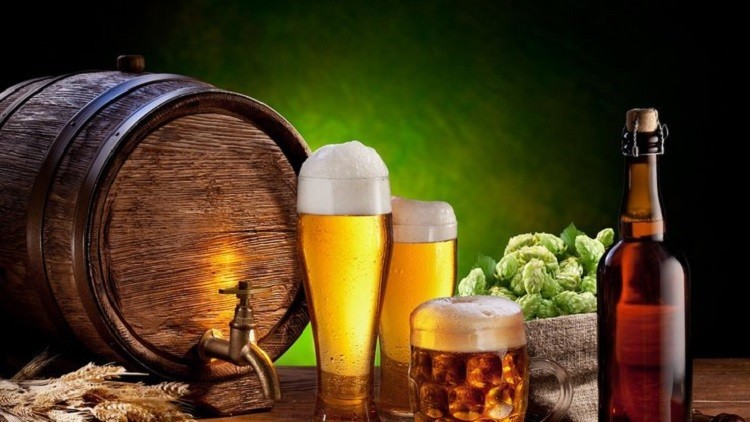 ARTICLE SUMMARY
Micro and craft breweries are paving the way for locally made Lebanese beer by working around the lack of traditional ingredients and doing what they can to avoid contributing to the Lebanon’s persistent environmental problems.Lebanese brewmasters are introducing new takes on an old drink. Image by Hugo Goodridge/Al-Monitor.

BEIRUT – After being dormant for thousands of years, beer culture is returning to Lebanon. Lebanese brewers, pursuing their passion of carving out a space for the ancient drink in their homeland, have overcome the lack of traditional ingredients, including hops and malt, by incorporating locally grown fruits and spices. They are also embracing an environmentally friendly ethos in combating a deficiency in such basic materials as glass bottles.

Lebanon’s new take on an old drink was on display at the Beirut International Beer Event, BIBE 2018, held Sept. 13-16 at an open-air hippodrome near the trendy Badaro neighborhood in the nation’s capital. The young festival, in its second iteration this year, brought together beer lovers and beer makers from around the world. It also showcased some of the best craft breweries and microbreweries Lebanon has to offer.

Saying that beer has a long history in Lebanon and the Middle East would be a gross understatement. Archaeologists recently discovered the remains of a 13,000-year-old brewery belonging to the nomadic Natufian people, who lived in the high mountains of Lebanon and the Anti-Lebanon. The site is today in northern Israel.

Despite such auspicious origins, beer experienced a 10,000-year “slump” in Lebanon, with wine becoming the drink of choice for many locals. In 2006, there were more than 30 wineries in the country and only one local brewery. Over the last decade, however, Lebanese brewers have sought to revive the fortunes of the long-lost beverage.

“Beer was invented in the Middle East, [but] this knowledge was lost to time and history,” Kamal Fayad, the managing partner at 961 Beer, one of Lebanon’s largest craft breweries, said at his stall at BIBE. “[Brewers] have come back to do something new, again.”

Fayad’s 961 was the forerunner on Lebanon’s craft brewery scene. Launched in 2006, it was little more than a labor of love, with enthusiasts creating beers in a garage to sell at their neighborhood bars. That passion turned into a trend, and by 2011, 961 was exporting beer from its brewery in the seaside city of Jdeideh to places around the world. It also now contributes to 15% of Lebanon’s beer consumption.

“I left Lebanon when I was 16 years old and traveled the world,” Fayad told Al-Monitor. Returning to his home country in 2012, he discovered the burgeoning 961. “[I was] amazed to find that Lebanon had such beers,” he remarked.

Instead of investing his retirement money in stocks, Fayad launched a second career. Starting as a small investor, he now owns the brewery. Today 961 produces an array of beer varieties, from a light amber ale to a hoppy IPA, all designed to provide Lebanon with “a new type of beer.”

The brewery’s Lebanese Pale Ale is the best encapsulation of the operation’s origins. Infused with spices and herbs, among them sumac, thyme, sage, anise, chamomile and mint, the beer packs the tastes of an entire Lebanese suq into a 330 milliliter bottle.

Paul Choueiry, a craft beer designer with Barley N’ Hops, an Ireland-based importer selling its wares at BIBE in anticipation of opening a microbrewery in Lebanon, has also experimented with local ingredients. Setting up shop in his birthplace, Zahle, in the Beqaa Valley, Choueiry had planned to homebrew a milk stout, but after scouring myriad stores, he could not find lactose, the ingredient that puts the “milk” in milk stout.

Refusing to admit defeat, Choueiry noticed that a lot of dark beers have an aroma of carob, the pea-shaped Mediterranean fruit often made into a sweet powder. Lacking traditional ingredients, Choueiry used what he had, and a rich chocolaty carob stout was born.

The ingenuity displayed by Lebanon’s brewers uniquely reflects the problems with beer production in the country. “It is still very difficult to do beer in Lebanon, not because of a lack of knowledge, but because the raw material is not available,” Fayad said. He noted that quality malt, one of the four key ingredients in beer, doesn’t exist in the country.

The lack of materials also extends to subsidiary items, like glass bottles. With no glass factories in Lebanon producing beer bottles, microbreweries have to import them. Not only does this increase costs, but it also creates a tremendous amount of waste, which irks the environmentally aware entrepreneurs.

“It’s essential that every industry … be aware of what is happening in this country,” said Chris Fadel, the brewmaster at Elmir, a brewery that prides itself on a scientific approach to beer. “We were buried under trash for two years. It’s not that now we don’t have the problem anymore because we can’t see it.”

Elmir was established in 2015, the year that protests erupted as trash piled up in the streets following the closure of the controversial Naameh landfill, a temporary dump kept open past its planned closure date. Although the protests have subsided, the issue remains ongoing.

Only Sept. 10, SevereWeatherEU posted an anonymous video on Twitter showing a flowing river of trash in Beirut’s southern suburbs. The footage spread widely on Lebanese social media. Many brewers are conscientious about not contributing to the problem.

Based in Fadel’s hometown of Beit Mari, right outside Beirut, Elmir is one of the few lucky breweries located in a municipality that recycles. “At the brewery, we use so much plastic, so five months ago, we started sorting our waste and talking to the municipality to sort,” Fadel remarked.

“It wouldn’t make sense for a 21st-century brewery to do what the old generation did,” he further explained. “I can’t live with that.”

He added that the problem is exacerbated by large commercial Lebanese beer producers, such as Almaza, owned by the Dutch company Heineken, imprinting their logo on some of their bottles, thus preventing them from being reused.

Nonetheless, 961 still does its part by sorting through piles of trash to find reusable glass. Fayad even cleans some of the recyclable bottles by hand, doing his part to maintain clean beer and a sustainable craft brewing culture.

*Sam Brennan is a Beirut-based freelance journalist who writes on culture, technology and politics. On Twitter: @samkbren
https://www.al-monitor.com/pulse/originals/2018/09/lebanon-local-breweries-play-with-ingredients.html?utm_campaign=20180918&utm_source=sailthru&utm_medium=email&utm_term=Daily%20Newsletter 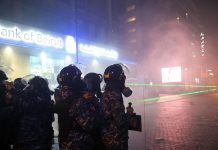 A Bundle Of English Reports, News and Editorials For January 18/2020 Addressing the On Going Mass Demonstrations & Sit In-ins In Iranian Occupied Lebanon... 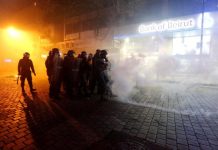 A Bundle Of English Reports, News and Editorials For January 17/2020 Addressing the On Going Mass Demonstrations & Sit In-ins In Iranian Occupied Lebanon... 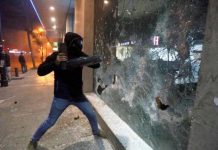 A Bundle Of English Reports, News and Editorials For January 16/2020 Addressing the On Going Mass Demonstrations & Sit In-ins In Iranian Occupied Lebanon... 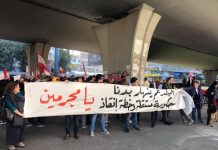 A Bundle Of English Reports, News and Editorials For January 12/2020 Addressing the On Going Mass Demonstrations & Sit In-ins In Iranian Occupied Lebanon...

A Bundle Of English Reports, News and Editorials For January 11/2020 Addressing the On Going Mass Demonstrations & Sit In-ins In Iranian Occupied Lebanon...