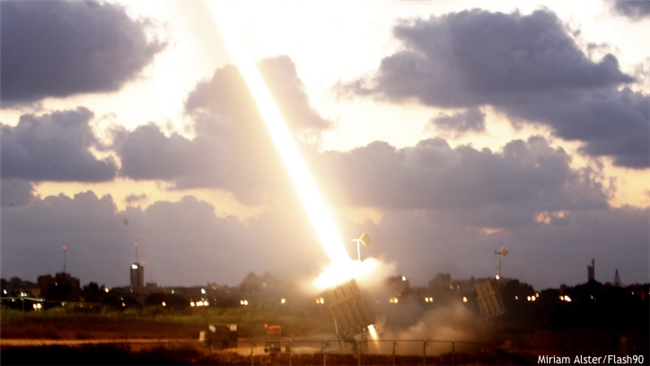 What did Israel hit? Did the Iranian rockets fired at Israel hit their targets? And how does this play into Trump’s decision to withdraw from the nuclear deal?
After months of tensions, Israel and Iran directly locked horns in Syria overnight Wednesday. Here’s what we know so far:
What happened?
Iranian forces fired 20 rockets at Israel Defense Forces positions in the Golan Heights on Wednesday night. Four of the rockets aimed toward Israel were intercepted by the Iron Dome air defense system while the remaining rockets exploded on Syrian territory, the military said.
The Iranian attack prompted the most extensive Israeli strike on a neighboring country in decades; overnight, Israel openly attacked dozens of Iranian military and logistics targets in Syria.
Who fired them?
The Israeli military accused the Revolutionary Guards’ Al Quds force and its commander, Maj. Gen. Qassem Soleimani, of launching the attack at the Israeli Golan Heights. The attacks was most likely in retaliation for previous attacks on attributed to Israel on Iranian bases and positions in Syria.
What about Israel?
Before the Iranian attack, the Syrian Observatory for Human Rights reported that Israel attacked targets of the Syrian military on the outskirts of Quneitra in the Golan Heights.
After the attack, Israel hit dozens of Iranian targets in Syria: Israel said its targets included weapons storage, logistics sites and intelligence centers used by elite Iranian forces in Syria. Twenty-three militants were killed in the attack, according to the Syrian observatory.
Israel said none of its warplanes were hit.
What’s the fallout for Syria?
Israel said it attacked five Syrian antiaircraft batteries and reportedly destroyed all of them after coming under heavy fire.
According to Haaretz’s senior military analyst, the attack dealt a severe blow to embattled Syrian leader Bashar Assad’s antiaircraft forces. The Israel Air Force said five of the batteries attacked belonged to the Syrian army and were Russian-built models: SA-22, SA-2, SA-5 and SA-17.
Lebanon’s Al Mayadeen, a TV network viewed as pro-Assad, Hezbollah and their allies, reported that 28 Israeli F-15s and F-16s took part in a retaliatory strike, firing more than 60 missiles.
Meanwhile, Russia’s Defense Ministry said Syria shot down more than half of Israeli missiles fired in the strike.
What did Iran target?
The Israeli army said that the rockets were fired from Syria at IDF outposts on the Golan border.
The Golan Regional Council released a statement saying that several towns in the Golan were targeted by rocket fire and that residents of those towns were told to stay in shelters until notified otherwise. Israel said there were no casualties in the attack and on Thursday, though shelters remained opened in some parts of the north, residents were allowed to return to their homes.
Why now?
As the Assad regime emerges as the victor in the Syrian civil war, Iran is trying to intensify its military presence in Syria and use its territory as a sort of forward position against Israel. Senior Israeli political and security officials are determined to be proactive about foiling this Iranian effort, even at the risk of escalation.
A month ago, on April 9, there was an attack on a Syrian air force base called T4, near the city of Homs, that’s been attributed to Israel. The attack was aimed at thwarting the Iranian effort to establish air space, backed by antiaircraft systems located on the base. The air strikes killed members of the Iranian Revolutionary Guards, and senior leaders in Tehran have repeatedly said that Israel will pay a price for its aggression.
What happens now?
Israeli intelligence believed that Iran wanted to carry out a targeted and limited response, which would make it clear to Israel that there’s a price for repeated attacks in Syria, but would not want to drag the region into war.
Now that such an attack has taken place, another possibility is that Iran will target Israeli assets abroad, such as an embassy or a group of tourists. Generally such attacks involve lengthy planning. In the past, Iranians and Hezbollah were involved in attacks against Israeli targets in Argentina (in the 1990s) and Bulgaria (in 2012). Another option is revenge through a Hezbollah attack, but it seems that the group would prefer to avoid that at this point.
How does the Iran deal play into this?
According to Haaretz’s Amos Harel, it is too early to predict the repercussions of Trump’s announcement. The U.S. administration has not clarified how it will implement its withdrawal from the nuclear agreement, or how stringent the renewed sanctions will be and how quickly they will take effect. It is hard to believe Trump’s decision will lead to a military escalation between Iran and the United States and Israel.
https://www.haaretz.com/israel-news/israel-and-iran-lock-horns-in-syria-what-we-know-what-happens-next-1.6074807?utm_campaign=newsletter-daily&utm_medium=email&utm_source=smartfocus&utm_content=https%3A%2F%2Fwww.haaretz.com%2Fisrael-news%2Fisrael-and-iran-lock-horns-in-syria-what-we-know-what-happens-next-1.6074807

A Blow to Assad: Israeli Strike Destroyed Five Syrian Anti-aircraft Batteries
هآرتس: ضربة للأسد حيث دمرت إسرائيل أمس 5 بطاريات مضادة للطائرات
Amos Harel/Haaretz/ May 10, 2018
Israeli jets destroyed five Syrian antiaircraft batteries early Thursday morning and, dealing a heavy blow to embattled Syrian leader Bashar Assad’s air defenses.
After Iranian forces fired 20 rockets at Israeli military positions on the Golan Heights on Wednesday night, Israel Air Force planes entered Syrian airspace to attack dozens of Iranian targets on Syrian territory. The Syrians fired dozens of antiaircraft missiles at the Israeli jets but did not hit any of them.
In response, the army attacked five Syrian antiaircraft batteries and destroyed them all. The IAF said all the batteries belonged to the Syrian army and were Russian-built models: SA-22, SA-2, SA-5 and SA-17.
The Russian Ministry said reported that 28 Israeli jets took part in the strike, firing more than 60 missiles, adding that Syria shot down more than half of Israel’s missiles.
Twenty-three fighters were killed in the strike, 18 of them foreigners, The Syrian Observatory for Human Rights said.
In February, the army destroyed three other Syrian antiaircraft batteries after an Iranian drone entered Israeli airspace. Israel then attacked the drone’s launch and control van and the Syrians fired antiaircraft missiles at the Israeli jets, shooting down an Israeli F-16 flying over Israel. The IDF estimates that about 20 antiaircraft were fired at the Israeli planes, and the remnants of at least four fell in open areas inside Israel.
In response, Israel attacked the Syrian air defense system and destroyed the three batteries that fired the missiles, as well as attacking four Iranian targets inside Syria.
https://www.haaretz.com/israel-news/a-blow-to-assad-s-defenses-israel-destroyed-5-anti-aircraft-batteries-1.6074544?utm_campaign=newsletter-daily&utm_medium=email&utm_source=smartfocus&utm_content=https%3A%2F%2Fwww.haaretz.com%2Fisrael-news%2Fa-blow-to-assad-s-defenses-israel-destroyed-5-anti-aircraft-batteries-1.6074544 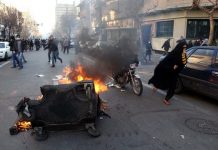 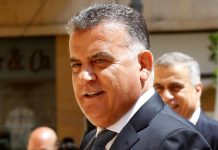 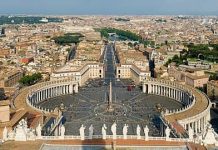 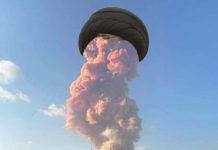