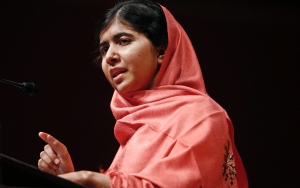 Malala’s win is a setback to obscurantists and extremists
Khaled Almaeena/Al Arabiya
Monday, 13 October 2014
Friday’s announcement that the 2014 Nobel Peace Prize has been awarded to Malala Yousafzai of Pakistan and Kailash Satyarthi of India was not a surprise to many. At 17, Ms. Yousafzai is the youngest recipient of the prize since they were first awarded in 1901.
Malala was acknowledged for helping to promote universal education for children. This is the same Malala who at the age of 14 was shot in the head by Taliban extremists while on her way to school. She had defied their rigid edict of banning education for girls and was walking with her face uncovered when she was shot by criminal elements of the terrorist group.
The government and people of Pakistan congratulated Malala on her prize and Prime Minister Nawaz Sharif called her “the pride of the country.”
Young people especially girls in Pakistan expressed their strong support for Malala and openly condemned the terrorizing tactics of blowing up schools to bring a halt to the education for girls.
As one Pakistani said: “Except for the terrorists, all of us want our children to be in school.”
Awarding the Nobel Peace Prize to Malala is a great setback to obscurantists and extremists not only in Pakistan but across the world. Here is a young girl who defied the purveyors of ignorance, bigotry and hatred, survived bullet wounds and continued her struggle, a “true jihad,” a jihad of enlightenment and progress. She has stood up against the wrath of these extremists who have distorted the meaning of jihad and committed crimes against humanity in the name of Islam.
Malala and her family have been accused of being agents of the CIA or enemies of the state. However, they have shown great courage and no amount of threats by their detractors has been able to break their resolve.
The Nobel Prize for Malala is a watershed in her life. She still has a long way to go. She has chosen to continue her struggle and hard work so that one day, all young girls even those in isolated areas or in remote villages will be able to walk to school without any fear of being shot in the head.
After her recovery, she was invited to several countries to boldly highlight the plight of those children with no access to education either due to lack of resources or manmade obstacles. She has set a powerful example and has inspired millions to continue their education and brave all odds to acquire knowledge that can help them develop themselves and raise their standard of living.
Malala as an advocate of peace has united people of all faiths and groups who share the common goal of getting a decent education and a life of dignity for their children. The continued struggle of the young activist for the cause of “education as a national priority,” echos the dreams of millions who seek knowledge for a better life.
Malala has gained the respect and the support of millions around the world. On behalf of all peace lovers and educationists around the globe, we wish her success in her endeavors to promote children’s education everywhere. 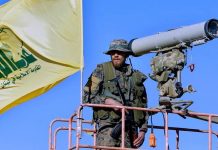 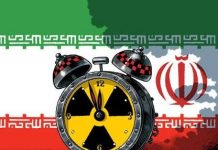