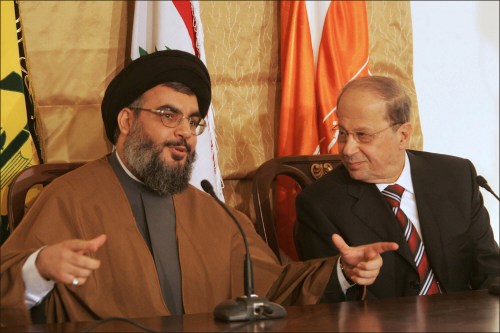 Institute for Contemporary Affairs/Founded jointly with the Wechsler Family Foundation
Vol. 17, No. 6

Hizbullah has completed the process of usurping the Lebanese state and its institutions. The election of Michel Aoun as president, through a forced arrangement with Hizbullah, has fulfilled the Iranian vision of controlling Lebanon without changing the power equation that has prevailed there since the National Pact of 1943. That historic unwritten agreement divided political power among the Lebanese communities and stipulated that the president would be a Maronite Christian, the prime minister a Sunni, and the speaker of the parliament a Shiite.

For the first time since Hizbullah was established in 1982, Aoun’s declaration that its military power is a main component of Lebanon’s defense and grants Hizbullah the legal authority to operate as a legitimate military force. The Shiite force complements and does not contravene the Lebanese army, which cannot fight Israel by itself.1 This is notwithstanding the fact that Hizbullah’s military operations have more than once run counter to the national interest of the Lebanese state – as in the case of the fighting in Syria, which has exacted a heavy toll on the organization with over 1,700 fighters killed and about 5,000 wounded. Other cases include Hizbullah’s involvement in fighting in Iraq and Yemen, and, of course, Hizbullah’s likely participation in the 2005 assassination of former Lebanese Prime Minister Rafiq Hariri.

The Lebanese president’s declaration has essentially removed Hizbullah from the restrictions of UN Security Council Resolution 1559 of September 2, 2004. That resolution called for “all remaining foreign forces to withdraw from Lebanon” and for “the disbanding and disarmament of all Lebanese and non-Lebanese militias.”

These developments pose a substantial risk to Lebanon. Beyond the loss of the Lebanese state’s decision-making independence regarding the use of force – something that had already occurred – the Lebanese president has undone the separation between Hizbullah’s military power and the Lebanese army. Hence, presumably, Hizbullah’s special relations with the army and with Lebanon’s security and intelligence mechanisms will intensify all the more, and Hizbullah commanders will even be integrated into these mechanisms. The army’s weapons transfers to Hizbullah will also increase. This phenomenon was recently revealed in the military parade that Hizbullah held on Syrian soil, in which American M-113 armored personnel carriers that most likely came from the Lebanese army were seen.2 Such arms transfers will likely jeopardize American economic and military assistance.

Aoun’s total endorsement of Hizbullah boosts the status of Hassan Nasrallah in Lebanon’s domestic arena, which has been considerably eroded by the ongoing military involvement in Syria, with harsh criticism leveled at him within the Shiite community. This criticism is rife with complaints about the fact that Hizbullah has ceased to be Lebanon’s shield and instead became Iran’s and Syria’s. Nasrallah has had to reemphasize that Hizbullah constitutes the main force against Israel, and he ramps up his threats against Israel at every opportunity (as in his warnings about strikes on the ammonia facility in Haifa and the nuclear reactor in Dimona).
Hizbullah Weapon Convoys Arrive by the Tens, if not Hundreds

Ibrahim al-Amin, editor of the newspaper Al-Akhbar, who is very close to Nasrallah, asserted that despite Israel’s attacks on the weapon convoys to Hizbullah, “tens if not hundreds” of convoys have managed to get from Syria to Lebanon bringing weapons that Hizbullah needs, including “deal-breaking” weapons. These weapons, al-Amin noted, arrive in large quantities not only to the border front between Israel and Lebanon but also to the Golan Heights front. He also hinted that Israel’s assessment that Hizbullah is capable of firing 1,500 missiles at Israel per day is an underestimation of the organization’s real capabilities.3

The main importance of these developments is the official recognition of Hizbullah’s special status in Lebanon and its ability to deploy the enormous military power that Iran has built in Lebanon against Israel. In this situation, the removal of the separation between Hizbullah’s military power and the Lebanese army, creating a single force, will enable Israel to operate freely against the Lebanese state, including its army and its civilian infrastructures, at any time that Hizbullah acts against Israel.

** About Brig.-Gen. (ret.) Dr. Shimon Shapira
Brig.-Gen. (ret.) Dr. Shimon Shapira is a senior research associate at the Jerusalem Center for Public Affairs. He edited the Jerusalem Center eBook Iran: From Regional Challenge to Global Threat. He served as bureau chief to the Minister of Foreign Affairs and the military-secretary to the Prime Minister. 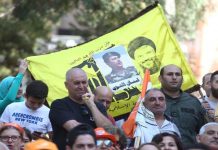 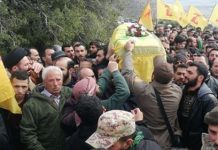 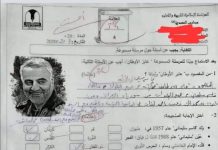