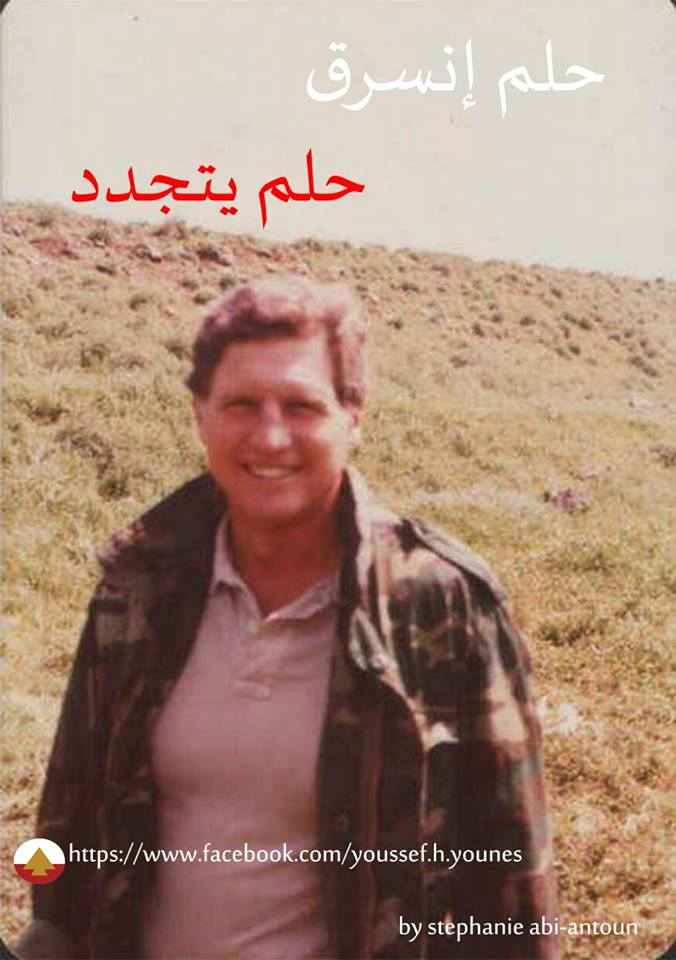 By: Zalfa Chamoun
Oct. 23, 2010
By: Zalfa Chamoun
I’d like to take a moment of your Saturday morning to remember my Uncle Dany, my Aunt Ingrid and my cousins Tarek and Julian. This is by no means a political tribute but a celebration of their lives – lives that were taken too soon, almost 20 years ago to the day. I was only 6 years old when they died, on October 21, 1990, and yet I feel as if I knew them well; my cousins, especially, touched my young life in more ways than one – let me tell you about them.
Tarek – or Tey – was the leader of the pack. He never walked alone. We’d prowl the poolside at Yarze Country Club, trailing behind him, clad in army-print children’s clothes and always ready to show off our well-practiced Michael Jackson moves. He was kind yet strict and towered over Julian and I (the younger and shorter ones) with his thick mop of golden hair and innate self-assurance.
From the height of his 7 years, he was your “go-to-man” if ever there was a problem. And I, the only girl of the pack, was always getting into scrapes in my attempts to impress and gain the respect of the boys. Once, I even went so far as attempt to kill a snake which threatened the safety of the clan.
As it turns out, my extermination skills weren’t quite up to par, and Tey had to step in to save me from the reptile I’d only succeeded in angering.
Julian – or Jul – was inherently irresistible. Not just for those bleach blond curls and that cheeky grin, but because he was always, and I mean always, in trouble. He was the renegade of the clique, confrontational at best, but also supremely charming. In fact, I had my mind set on him as my future husband – it was that bad! But the most defining trait of his character was his wisdom. How can a 5-year-old be wise you ask? Here’s an example that stays with me:
I’d come back from church one Sunday and as Jul and I were playing in the bedroom, I said to him: “Can you believe it? This morning in church the priest spoke of love … Ukhhh, love, how disgusting!”
In my 6-year-old lexicon, love could mean only one thing – the decidedly icky boyfriend/girlfriend kind. But, unphased, Julian answered: “No silly, it’s not that kind of love, but the love of God.”
I haven’t forgotten that moment.
I can’t but evoke the solemnity with which Tarek read out loud a letter Ingrid had sent her boys at the time when she was held in the house in Ashrafieh. In it, she urged them to stop playing war games, to put down their toy guns. The seriousness with which my cousins took heed and packed away their toy grenades, swords, knives and guns was remarkable, and had us all – including Dany – speechless.
Another belligerent member of the family was Skippy, Dany’s Brittany spaniel. Skippy had a soft spot for chicken and would inevitably steal live hens from the neighbor’s pen. This would infuriate Dany, who severely condemned dishonesty, even of the canine kind. But my cousins would always come to the mutt’s defense and rescue him from Dany’s reprimands. They always had a soft spot for the “underdog.”
Needless to say, I miss them. I missed growing up with them. Tarek would have been 28 today and Julian 26, and I can’t help but wonder and muse and rewrite different destinies for these boys I loved so. And yet one thought keeps recurring, something I’ve always known and which stems from their days on this earth. They’re spoken of, by one and all, as national or even international martyrs – a sentiment I most certainly don’t dispute. But I prefer to think of them as heroes – the kind of heroes you read about in epics, where good always triumphs, in the end, in its long and arduous battles with evil. And for weapons, they had none other than their kindness and wisdom. Theirs is a story our country can learn from.
Please join us this afternoon, in presence or in thought, as we celebrate the lives and legacy of Dany, Ingrid, Tarek and Julian Chamoun.