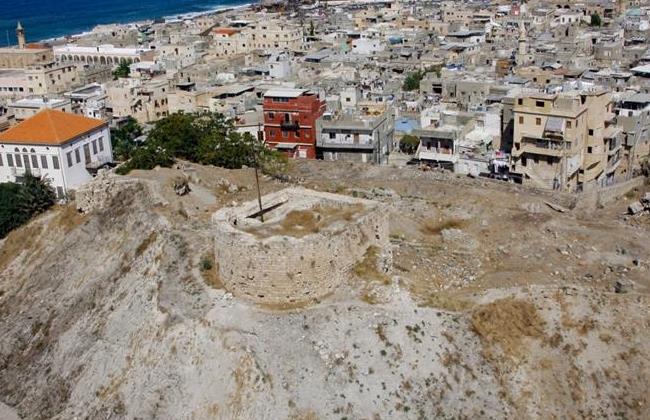 SIDON, Lebanon: Sidon’s historical St. Louis Castle, or Qalaat al Muizz, which once served as a shelter for Palestinian refugees following the 1948 Nakba, will be renovated in a project after years of negligence.
The once-impressive castle was looted several times over the years, given the lack of state protection.
The renovation project, which will be supervised by Sidon’s municipality, headed by Mayor Mohammad Saudi, also an engineer, is part of an $849,000 Italian grant. The project will be managed by the Council for Development and Reconstruction, along with the Culture Ministry.
According to Saudi, for many years, residents simply watched the castle deteriorate from behind a fence. “Everyone used to look at the castle from behind the fence without being able to enter it for several reasons, but now [people] will get the chance to [enter] once renovations are complete,” Saudi said.
The mayor believes that the renovated castle will help to revive the economy and tourism.
Repairing the castle is part of a series of renovations the municipality is working on that aim to safeguard Sidon’s cultural legacy. The restorations will include touristic passage extending from Sidon’s sea castle, Al-Shakreyah and the soap museum, up until the castle.
“The project is concentrated on highlighting the value of this castle and its vital historical significance,” said Rinzo Bouzi, an Italian expert supervising the renovations.
Bouzi explained that the columns and the stones would be cleaned delicately, and that a study was being conducted to analyze the historical importance of the castle to educate tourists.
“The [St. Louis] castle was built in 1254 by the Crusaders,” explained Talal Majzoub, a researcher of Sidon’s history.
He told The Daily Star that the castle’s name was attributed to France’s then-King Louis IX.
“The aim of building [the castle] was to protect the Crusaders from outside invasions,” Majzoub said, explaining how this objective prompted the Crusader forces to build the castle atop a 30-meter hill overlooking the sea.
The repair process will include the castle’s columns, stone walls (especially those cracked), the main lobby, passages, dome, internal basement and the castle’s remaining tower on the east side.
One of the castle’s towers partially collapsed due to Israeli shelling over the city, and was also caused by natural conditions. It is believed that there was another tower facing the waterfront before it collapsed at the end of the Ottoman era.
According to Majzoub, the castle was previously called the Al-Moez Castle, since it was built above a fort, which protected the Fatimid dynasty during the reign of Aal-Moez al-Deen Allah al-Fatimi.
The castle has been an attractive position for many historically due to its strategic location, which protects the city of Sidon from land and sea attack, and was even used by the French Vichy military forces during World War I. Additionally, there were historical cannons in the castle that are now being used to mark iftar time during Ramadan.
“This project is important because it helps to protect an important touristic and historical site,” Majzoub added.