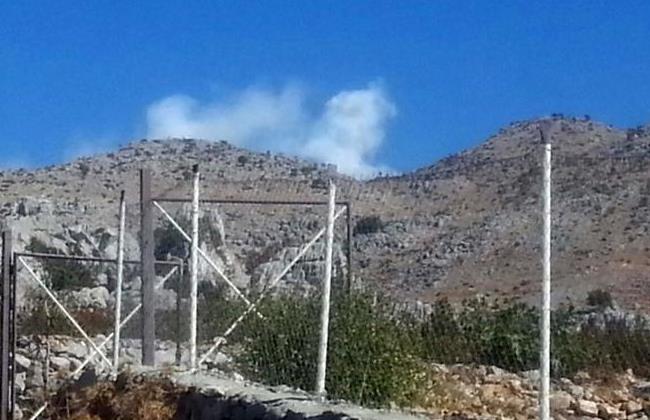 Israeli Army shells Hezbollah targets in Lebanon after border blast injures 2 Israeli soldiers
J. Post/07/10/14/Two IDF soldiers were lightly injured when a Hezbollah bomb went off in their vicinity in the Har Dov region on Tuesday, the IDF Spokesman’s Unit said. The IDF said it shelled two Hezbollah targets in southern Lebanon in response to the border bombing. Some 30 minutes after the incident a second explosion occurred on the border. There were no injuries or damage in the second blast. The soldiers received initial emergency medical treatment on the spot, before being evacuated away from the Lebanese border to hospital for further treatment. “The IDF sees this incident as a gross and violent violation of Israeli sovereignty, and sees the Lebanese government and Hezbollah as responsible for any attempt to harm Israeli soldiers or civilians,” the military said in a statement. “The IDF reserves the right to act in any way, and at any time, to defend the citizens of the state of Israel.”Hezbollah later claimed responsibility for the blast. Lebanese media reported heavy Israeli artillery shelling targeting the areas near Kfar Shuba and the Sheba Farms in Lebanon. The reports also stated that Israeli drones were seen flying over the site of the explosions. The incident came after IDF soldiers opened fire on a cell trying to infiltrate Israel from Lebanon on Sunday. An IDF unit dealing with operational security identified the men crossing the border, heading into Israel. The soldiers opened fire with small arms, apparently hitting one of the infiltrators.“The cell fled back into Lebanese territory,” the army said.

Hezbollah claims responsibility for border blast
The Daily Star//07/10/14/BEIRUT: Hezbollah claimed responsibility for planting a bomb that wounded two Israeli soldiers on the south Lebanon border Tuesday, according to a statement issued by the resistance group. “At 2:22 pm Tuesday, the brigade of the martyred Ali Hasan Haidar of the Islamic Resistance set off an explosive device under an Israeli patrol in the Shebaa heights, which led to several casualties among the ranks of the occupying soldiers,” read the statement. The brigade responsible for setting off the explosive device was named after 25-year-old Ali Hasan Haidar, a Hezbollah explosives expert, who was killed while trying to dismantle four Israeli devices planted on Hezbollah’s telecommunications network in Adloun, south Lebanon last month. The Israeli army confirmed the incident, saying that two soldiers had been wounded in the blast. “Initial reports indicate that the explosion was caused by an explosive device that was planted” to attack Israeli soldiers, Israel’s army tweeted. Within minutes of Hezbollah claiming responsibility for the blast, the Israeli army tweeted that it had fired artillery at two Hezbollah posts along the border. However, an Al-Manar reporter said that no Hezbollah posts were situated in the area. Security sources told The Daily Star that Israel has launched at least 15 explosives in retaliation near the Shebaa hills, at a rate of two per minute. The site of the attack lies 200 meters from Lebanese residential areas along the border. A senior Israeli army source told The Jerusalem Post that “the incident hasn’t ended yet from our standpoint.” Several reports cited a second blast that came within minutes of the first explosion, however, security sources denied such reports. The blast comes just two days after Israeli soldiers fired at a Lebanese Army post and wounded one soldier in the same area. The Army and UNIFIL have beefed up security measures as a result of Sunday’s assault.  A UNIFIL source told The Daily Star that there were two scenarios being examined: one, the bomb was planted by Hezbollah in response to Israel firing at the Lebanese Army patrol Sunday; or two, that Israel had gone to the site to inspect a suspected bomb, setting it off in the process. Israeli troops routinely violate the internationally recognized Blue Line around the Al-Sendaneh area to kidnap shepherds and conduct other operations.