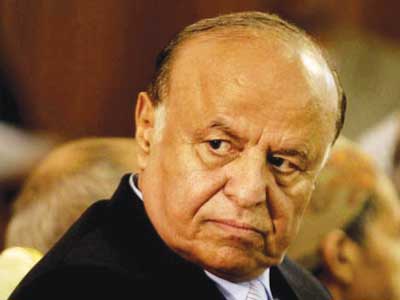 In 1948, tribes besieged the Yemeni capital and threatened to seize it following battles between the rebels and Imam Yahya’s forces. Abdullah al-Wazeer, leader of Yemen’s constitution revolution, traveled to Jeddah seeking the help of King Abdulaziz. The Saudi king reprimanded al-Wazeer, telling him that bloodshed only leads to bloodshed and that al-Wazeer was with the Muslim Brotherhood and that they betrayed Imam Yahya and killed him. He also reprimanded al-Wazeer, questioning how he could assign himself as imam. The king refused to support the rebels although he did not agree with the imam. Sanaa was thus taken by Yahya’s son Imam Ahmad and a new round of intra-communal wars began in Yemen.
Sanaa has witnessed, and suffered from, many conspiracies and betrayals during the past seven decades. Imam Ahmad was assassinated in 1961 and his son, al-Badr, besieged the capital after rebels seized it. Egyptian President Gamal Abdel Nasser sent 70,000 troops to support the rebels in a war that lasted around eight years and in which Nasser lost around half of his army.
“If Iran wants to send its troops, as it has currently done in Iraq and Syria, it must recall that Yemen has been the cemetery of invaders over the course of a thousand years”
Abdulrahman al-Rashed
Meanwhile, Israel struck him in 1967 while he was fighting against Yemeni tribes. Before these Egyptian attempts to gain influence in Yemen, there were other attempts by the British and Ottomans and they all failed to install their rule in Yemen. This is a brief history of bloody wars over governance in Sanaa, explained as recent events baffle many people. The Houthis are a tribal party who became affiliated with the Iranians during the 1990s upon the encouragement of former Yemeni President Ali Abdullah Saleh who thought he was capable of playing three cards at once by supporting the Muslim Brotherhood, the Houthis and other tribes. In the end, however, he lost power.
Bragging
Iran, which has currently lost everywhere, is bragging about the victory of its Houthi allies. Analysts and commentators in support of the Iranian regime have considered these Yemeni developments as the most important victory for Iran in the current regional war. But when taking a thorough look at the fall of Sanaa to the Houthi Ansar Allah, we realize that this won’t change much in the ongoing regional game. Unfortunately, it increases the suffering of the Yemeni citizens who have endured this bad governance for decades. Iran’s extremists, i.e. the Houthis, will not be able to manage the Yemeni state even if the president himself flees his castle and they take over. Three years ago, Yemen was categorized as a failed state, meaning it’s not fit for governance. The government’s annual expenditure is $8 billion. So how will the Houthis pay employees of the state, energy, water and hospitalization sectors? Even oil facilities, which the Houthis occupied days ago, will not produce enough money to pay the wages of the police and the army. If Iran wants to send its troops, as it has currently done in Iraq and Syria, it must recall that Yemen has been the cemetery of invaders over the course of a thousand years. Yemen is a rugged country which only its own people know well. Mount Prophet Shuaib which is 3,670 meters above sea level is the highest summit in the region. Towering mountains and deep valleys separate Yemen and Saudi Arabia and it’s impossible for armies to traverse them unless they use the C130 military transport aircraft.
The Houthis won’t govern Yemen unless they are given the approval of the Yemeni people who are angry with them and with their seizure of the capital and also take issue with their attack against tribal sheikhs. They won’t rule Yemen with their aberrant political doctrine or with their pretense of a caliphate or with their imported Iranian rhetoric because none of this has anything to do with Yemen or with the Yemeni people’s aspirations.