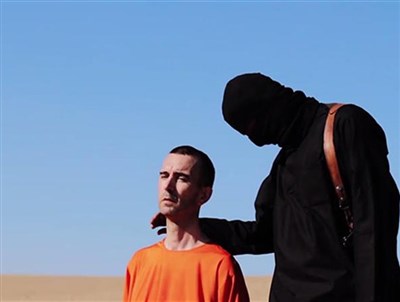 In a statement on Sunday, Saudi Minister of Interior Prince Muhammad Bin Naif shed some light on the puzzle of the phenomenon of the Islamic State of Iraq and Syria (ISIS). He said the Islamist organization was not randomly formed, but rather sponsored by states and organizations that employ all their resources and ill intentions in backing ISIS.
Prince Muhammad’s explanation is consistent with logic and ISIS’s sudden emergence. After seizing a major Iraqi city—Mosul—ISIS took many by surprise with its sheer brutality and the swiftness of its sweep through a large stretch of territory extending from Iraq to Syria’s border with Turkey.
Questions about the organization have been hanging in the air with no real answers ever since the fall of Mosul. How did the organization get all that weaponry and funding without anybody’s knowledge? How could it form what resembles a small army that originally numbered between 15,000 and 20,000 according to CIA estimates? How did thousands of foreign extremists slip unnoticed across borders into Syria and Iraq?
The biggest puzzle is how this organization was able to defeat the Iraqi army again and again, despite the fact that tens of billions of US dollars have been spent on the Iraqi army since its formation following the 2003 invasion.
How can ISIS sell oil from the oil fields and wells it has captured to fund itself? Who are its clients and the intermediaries who facilitate its export to the world market? Will we soon discover a complex network of traders, agents and banks organizing ISIS’s financial transactions in some secret network? Could ISIS be similar to the Somali pirates, who for a while, disrupted navigation to and from the Red Sea, with ransom money being paid to legal financial networks in neighboring countries?
There is a degree of similarity between what is now happening in the heart of the Middle East and the situation in Afghanistan under the rule of the Taliban. The Taliban remained in alliance with Al-Qaeda until an international coalition was formed following the 9/11 attacks to fight the radical group and drive it out of Kabul.
Another point of similarity is that the world did not initially pay attention to the Taliban and Al-Qaeda-infested Afghanistan, and an international coalition to fight the two was not formed until after the 9/11 attacks. In the present case, the international response was delayed until what was happening in Iraq and Syria began to pose risks to global security, with thousands of Western fighters streaming into Syria and Iraq, and likely to return to their home societies in the future.
But there is one big difference between the Taliban and Al-Qaeda, despite the similarities in their extremist ideology and the brutal violence that has exceeded all previous levels. Neither Iraq nor Syria is like Afghanistan in terms of the historical experience, social make-up and natural resources. Therefore, there is nothing similar to the Taliban in either—yet.
All extremist organizations have been on the decline since the international blockade on them intensified. Having lost the battle in Afghanistan they no longer have firm bases on the ground. They were also pursued in Somalia until the instability and vacuum in several Arab countries offered them an opportunity to emerge and exploit the crises, whether in Syria, Iraq, Libya or some parts of Yemen. It appears that some in these countries had an interest in facilitating the arrival of these groups.
Although those embracing such ideology do not have any political future—given that they have nothing to offer other than bloodshed, violence and cutting people’s heads off—one should not deny their ability to create instability, and weaken the countries where they operate, preventing them from reaching real solutions to the problems of the region, or addressing development issues.
Now that the world has woken up and launched an international coalition, it would be a mistake for anyone to hesitate in fighting the disease that is ISIS, which is causing extreme harm to the interests of the region and the world. The war should not be limited only to military aspects. Rather, it should incorporate some economic elements by severing the group’s sources of funding, cutting off its lifelines and punishing those who buy its oil, whether states or individuals. In terms of security, foreign radicals should not be allowed to travel to take part in the conflict, and their recruiters should be pursued. Politically speaking, the sense of marginalization shared by a wide segment of Iraqi society should be addressed, and steps should be taken to achieve equality in terms of participation in politics and economic benefits. More importantly, a solution must be found in Syria, a step not so hard to achieve if the international community unified its stance in order to reach a political solution that guaranteed a future formula to meet the aspirations of ordinary Syrians of all hues.